Legends say that Krishna and Rukmini were guests of Goddess Parvati, whose garden was so enticing, Krishna called the Goddess, Malini — meaning Mistress of the Garden. One of the oldest Shakthi Peeths in India, the Kamakhya temple in Assam dates at least to the 9th Century. The Vishnupada temple in Gaya is believed to have been visited by Rama and Sita themselves. The Bhorumdeo temple is dedicated to Lord Shiva, whom the local Gond people call the Bhorum Dev. Legends say that Shiva and Vishnu got into an epic argument, which threatened world peace One of the prominent temples dedicated to Goddess Shakthi, this temple spread over 100 acres on the foothills of the Shivalik range celebrates the goddess as the granter of your heart’s desires.

The Hadimba Devi temple is unique in that it is one of the few temples in India to not have a consecrated idol or image for worship. Instead, it features a footprint on a stone, believed to be that of Hadimba, a rakshasa woman, and wife of Bhima of the Mahabaratha The largest temple to Lord Shiva in North India, the Ranbireshwar temple in Jammu is named after Dogra king Maharaja Ranbir Singh 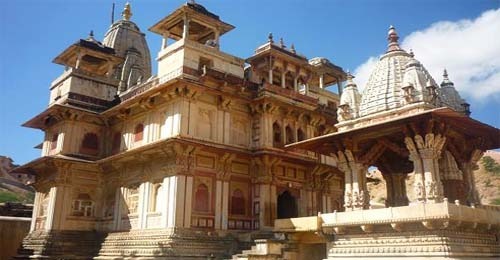