Apple has changed quite a bit since it was founded in 1976. While Apple desktop computers were cutting edge for their time, computers today are much smaller and faster.

Nonetheless, the brand’s recent products, including the Touchbar and an iPhone that lacks a headphone jack, have failed to impress consumers.

Created by illustrator JHall and Dorkly staff Jake Young, the following illustrations, titled ‘Apple: Then VS Now’, highlights some of the differences between what Apple devices were like in the past versus what they are now.

Scroll down to see how Apple music, battery life and hardware design have changed over the years. 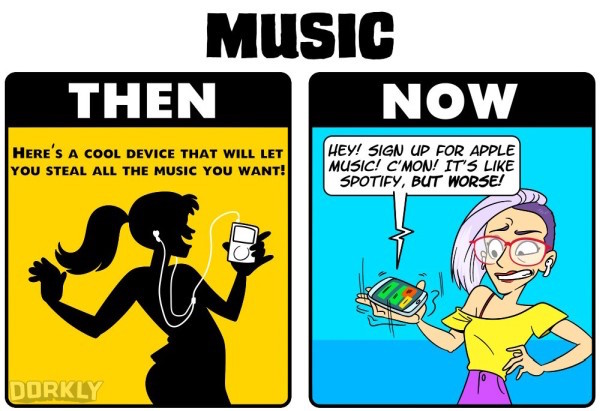 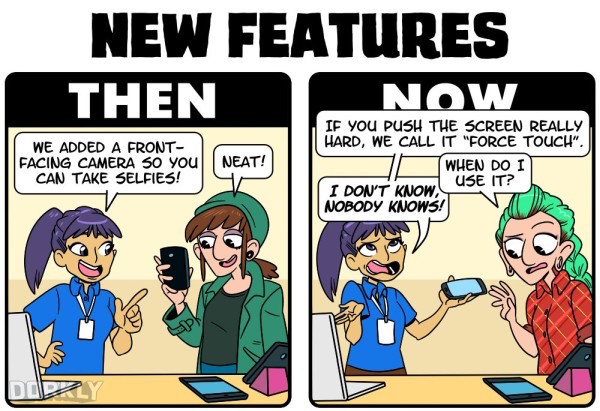 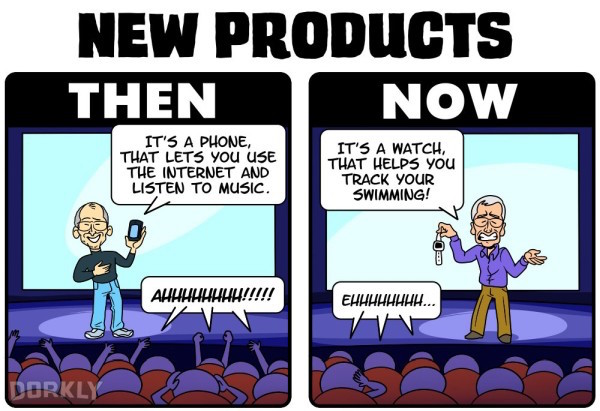 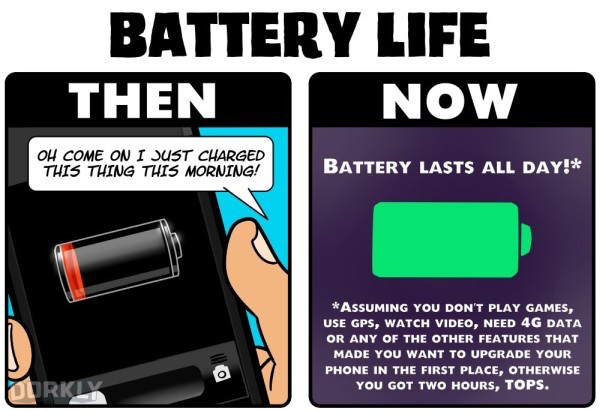 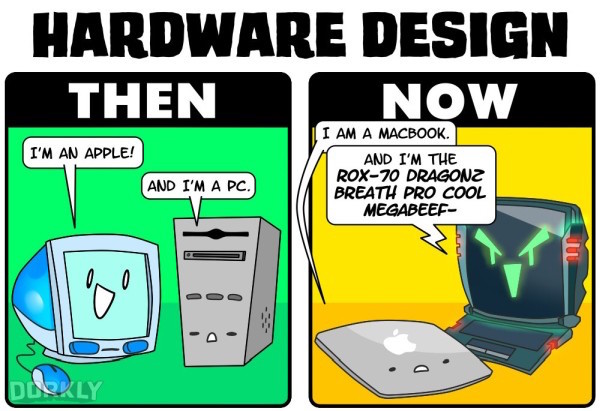