The whole world is going crazy over Game of Thrones and for the last 6 years we’ve all been glued to our screens, hooked to every unpredictable twist. The show has it all, fire breathing dragons, giants, cruel kings, witty characters, glamour, unbelievable story line & what not.

I was wondering why we didn’t have such amazing shows while growing up and then it struck me, we did! The Indian epics we grew up reading had the same level of brilliance. Don’t really understand my point? Read these.

1. The frowned upon relationship status of Draupadi & Cersei

Draupadi is among the more prominent characters of the epic Mahabharata and just like Cersei in Game of Thrones, even her love life raises some eyebrows. Although, Cersei has crossed some serious lines with incest, being married to 5 men is no less of a shocker. 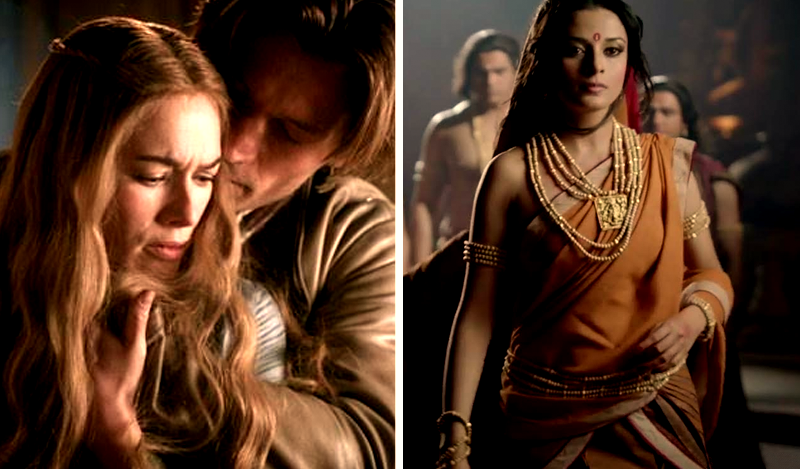 2. Ravana got his daughter killed just like Stannis did

So according to Sanghadasa’s Jaina version of Ramayana and Adbhuta Ramayana, Sita was the first daughter of Ravana. Apparently, astrologers had predicted that the first child of Ravana’s wife would destroy his lineage so he had her buried alive in a distant land. Stannis was even more merciless and decided to burn his daughter alive. 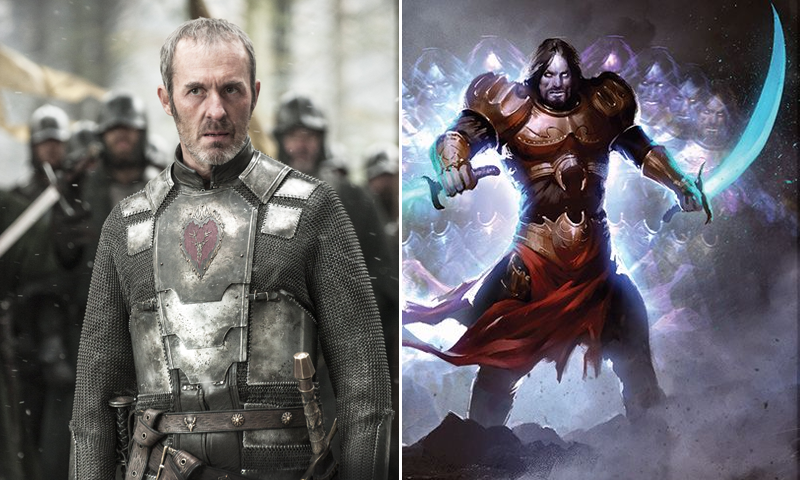 3. Bali was supposed to be unbeatable just like Ser Arthur Dayne

Bali was granted a boon according to which anyone who fought him in single-combat lost half his strength, thereby making Bali invulnerable to any enemy. He was so powerful that even Rama had to kill him by hiding behind a tree just like how Howland Reed could only kill the Sword of the Morning by stabbing him in the back. 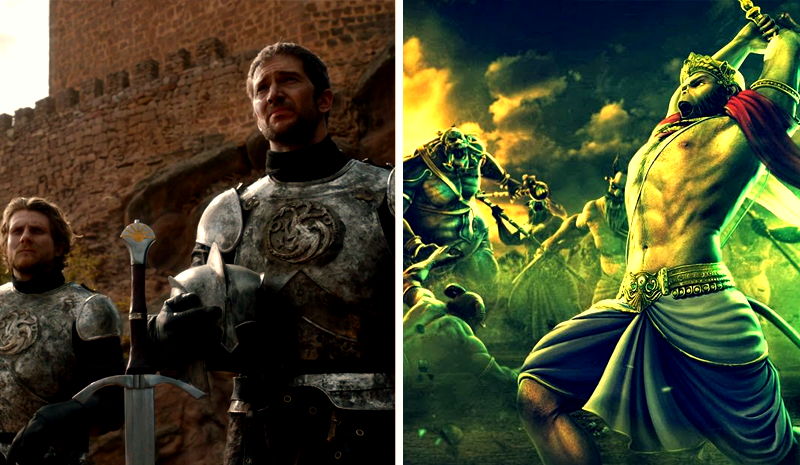 4. Brothers Bali and Sugriva fought each other for power just like Stannis and Renly

Brothers fighting each other for a kingdom might be a new thing on the HBO show but our Ramayana had it long back. The younger brother of Bali, Sugriva was fed up of his atrocities and took Rama’s support to defeat the ruthless dictator. 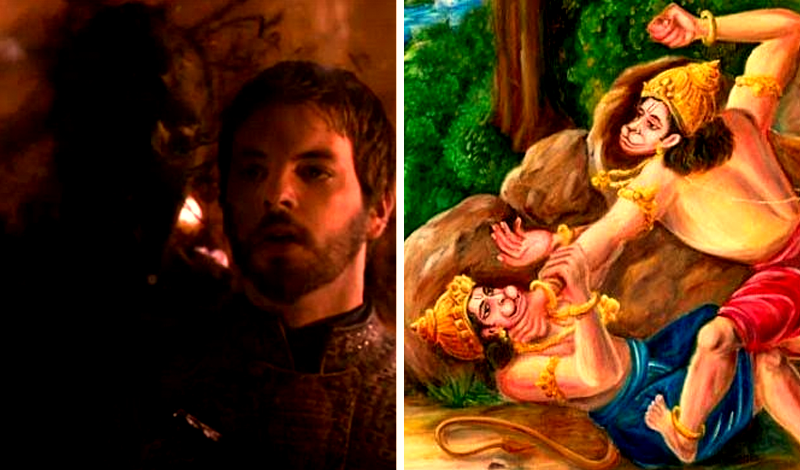 Karna, son of Surya Dev and Kunti was born to Kunti before her marriage with Pandu. Karna had a hard time getting accepted by people just like Jon Snow did. Eventually, both of them became powerful and respected leaders in their own right. 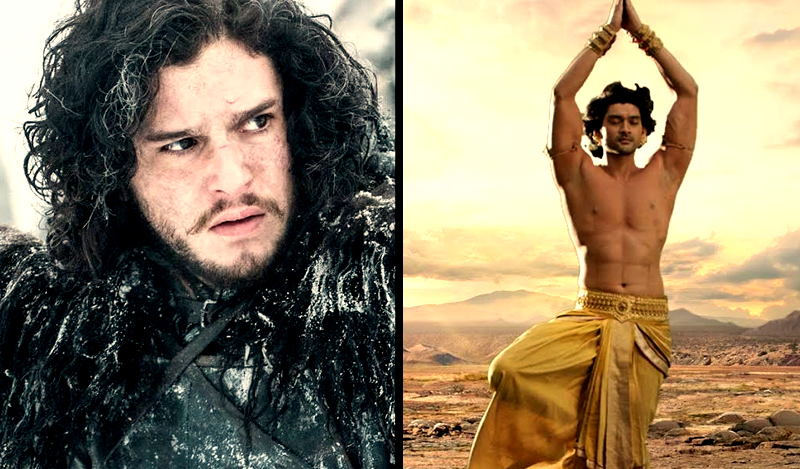 6. Whether it was Pushpak Viman or Dragons, flying was always the way to go for the powerful

Game of Thrones is hugely popular for Khaleesi’s dragons. Flying always intimidated their enemies which explains why the mightiest heroes in our epics used a Pushpak Viman. 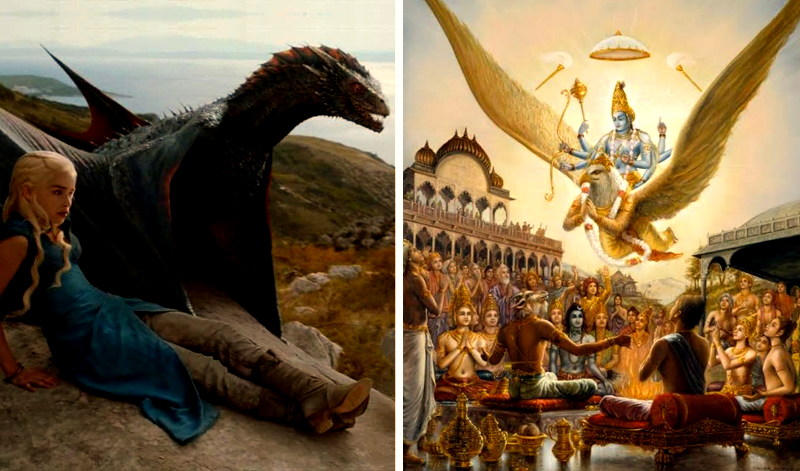 7. Arya lost her eyes learning her craft just like Eklavya gave his thumb to his master

Eklavya wanted to learn archery but when Dronacharya refused, he practised enough & eventually became better than any of Drona’s pupils. However the harsh teacher demanded the thumb of his right hand as gurudakshina and Eklavya obeyed. Arya too lost her eyesight (albeit temporarily) in her quest to be ‘no one’. 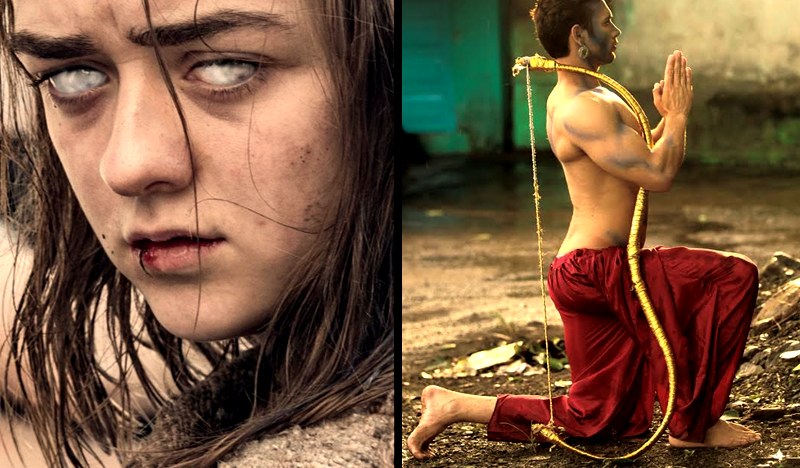 8. Krishna and Tyrion Lannister were easily the most intelligent & loved characters in their respective epics.

The fans are always confused that whose side are these characters on. No one can guess the tricks they play to turn the situation head over heels. Krishna used his skills and tricks to protect Arjuna. Tyrion Lannister has also used his superior intellect on many occasions to outwit much stronger opponents. Also, both of them are pretty popular with the ladies. 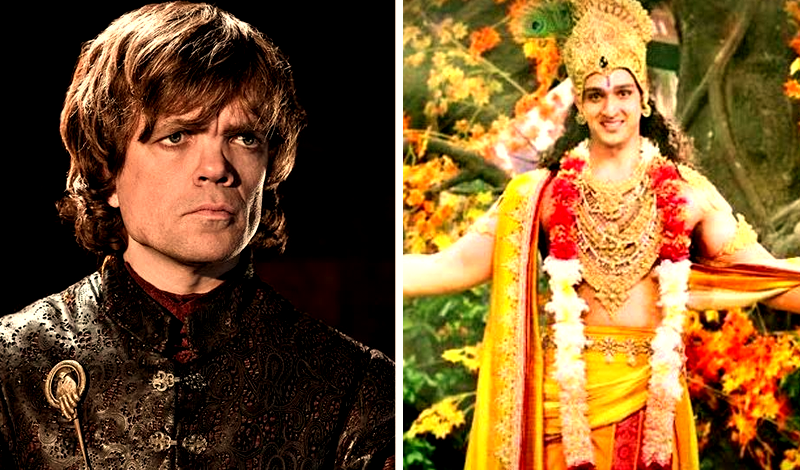 9. The Pandavas had a giant on their side in Ghatotkacha just like the Wildlings, the good guys

Ghatotkacha was the son of Bhima and the Rakshasi Hidimbi. His parentage gave him many magical powers including being able to increase or decrease his size. He was an important fighter in the Kurukshetra war just like we assume Wun Weg Wun Dar Wun will be.

We’re just waiting for some director to make a cool series based on these when the world finally gets over Game of Thrones. 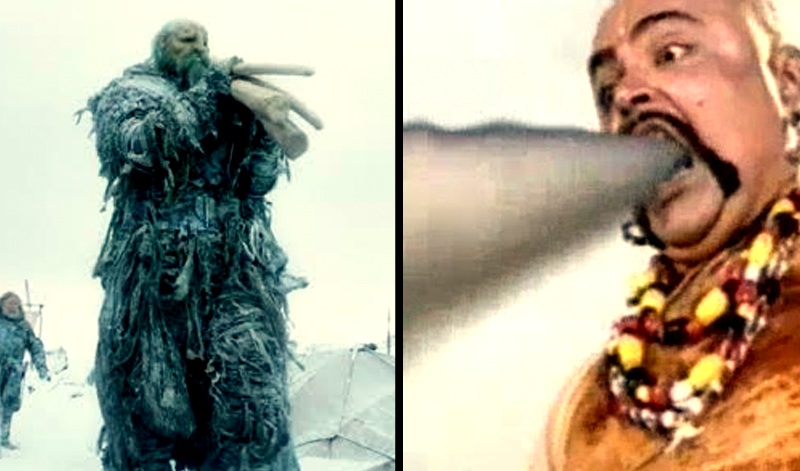