Looks like this is a marriage season for our b-town celebs. Our favourite Anushka – Virat to Sonam – Anand, everyone has settled down in their new life. Apart from that, we also have some Bollywood celebs who’ve been married more than once in their life.

From Kishore da to Amir, Sanjay Dutt to Saif Ali Khan and the list goes on. As on one hand, they are lucky enough to have such a successful career but on the other, not so lucky with their married life.

Marriage is all about an understanding and compatibility between the partners. While some marriages like Amitabh- Jaya blossomed so beautifully but also some took their marriage to the second innings or even more. Boney Kapoor’s first wife was Mona Shouri, they married each other in 1983 and the couple has two children. After few years, he married the Hawa-Hawai queen, i.e., Sridevi in 1996. Sanjay dutt’s first wife was the actress “Richa Sharma”, with whom he married in 1987, the couple had a daughter named Trishala, after Richa’s death he started his second marriage with rhea Pillai but then after a period of 7 years the couple divorced due to some personal issues. He continued his third innings with Bollywood actress, Manyata Dutt. And later then, the couple had twins. The versatile singer and actor had four wives before he passed away. His first marriage was with Ruma Guha, his second marriage was with famous actress Madhubala but after her death, he got married to Yogita Bali and finally he was settled down with actress Leena Chandavarkar, the couple also had a son named Sumit kumar Ganguly.

Mr. Perfectionist of b-town Aamir khan married with Reena Dutta, they have two children. In 2002, Aamir filed a divorce and got separated in 2005. Then, Aamir khan fell in love with Kiran Rao and later the couple had a son, named Azad Rao khan Siddharth Roy Kapoor is the head honcho of UTV, and an eminent Indian film producer, his first wife was his childhood friend and presently, his wife is one of the boldest and beautiful actress of B-town, i.e., vidya Balan 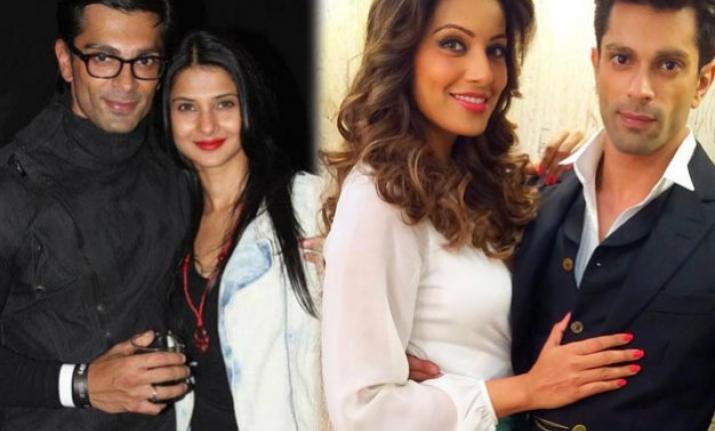 His first wife was the television actress shraddha Nigam, with whom he married in 2008 but unfortunately, they got separated within 10 months. Then he married to Jennifer Winget in 2012 and got divorced in 2014. After two unsuccessful marriages, now he recently got hitched for the third time with popular Bollywood actress, Bipasha Basu.