Maisie and Sophie are what friendship goals are all about. Here are the six reasons why!

#1. When they got matching tattoos of the date they became on-screen sisters. Getting a matching tattoo with someone depicts a great deal of dedication towards that bond.

#2. When they were all cuddled up for a Game of Thrones viewing party. Maisie and Sophie being crazy about Game of thrones cuddled and laughed under a blanket just like any other two friends watching TV.

#3. When they made a bunch of hilarious Vine videos of themselves If you still don’t believe Sophie and Maisie are what friends goals are all about then you should have a look at their Vine videos.

#4. When they shared their FaceTime screenshot with the world 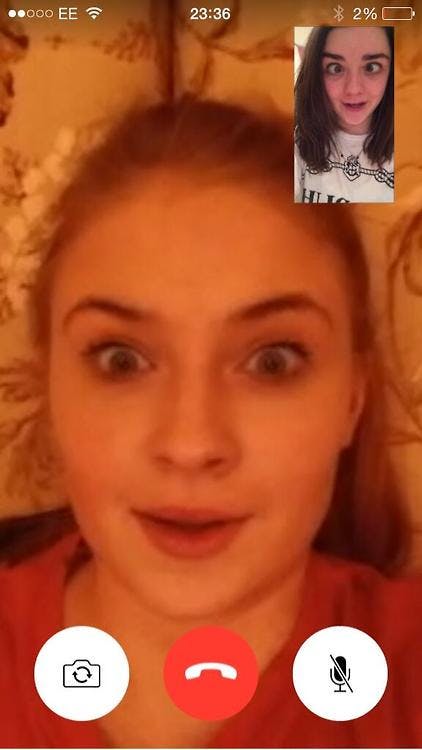 Maisie shared a screenshot of her and Sophie mid-conversation over FaceTime on Twitter in 2014. The image is priceless and adorable with these two cuties.

#5. When they dressed up as hash brownies for Halloween. Maisie and Sophie raised their voice and opinion about marijuana. One Halloween they got dressed in the cutest pot-friendly costumes ever. Isn’t that adorable?

#6. When they nicknamed themselves ‘Mophie’ Maisie and Sophie have been given their own special, joint name: Mophie. Like Brangelina and TomKat before them.

their obviously strong bond is very much the stuff of #squadgoals.