It’s extremely difficult to live without your loved ones. Also, that inclination increases when you realize that they are out there taking a chance with their lives each and every day to ensure the nation.

Humans of Bombay shared the narrative of such a courageous lady who fell profoundly infatuated with an Armed force man, who is energetic to secure the nation. They have a three-year-old little girl and a wonderful disastrous story. 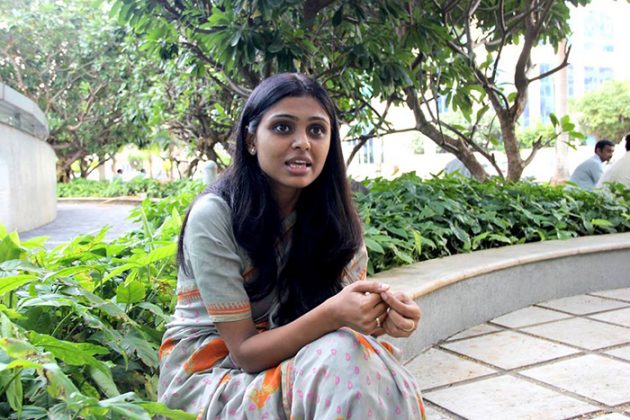 She talks to HOB and speaks about her apprehensions, about meeting her husband only once in 4 months, of not being able to talk to him for days and so much more.

“We first met when I was studying law at Symbiosis and he was a cadet in the Academy. It all started out in a funny manner — My friend and I would take a 11 Rupee bus ride every weekend to the NDA only because the food was much cheaper in their canteen!
That’s how we became friends but pretty soon he moved to the IMA to Dehradun and as an officer he was posted all over India. Believe it or not, the only way we kept in touch through the whole time was through letters. It was 2002 and cell phones had just come in, so we would write to each other about our days; about our lives. They were all innocent letters, but they were amazing because it gave me an insight into how simple he is as a person.
6 years went by like this, and finally after that he sent me an SMS saying – ‘I really feel for you and I would like to be with you’— and at that point it all just fit. There was no over the top proposal, or exorbitant gesture…but there was love and stability.
After marriage I moved with him to Bhatinda, where I was working as a lawyer from home. Those two and a half years that we were together were so special, but being a professional I knew that I couldn’t move around every 2 years with him and some of the places he was posted the only job available to me was that of a teacher, and that’s not what I became a lawyer for.
Together, we took the decision that I would move to Bombay to pursue my career and he would continue his postings. It’s tough, it’s really tough but it puts so many other things in perspective. For one – our long letters have become long whatsapp conversations!
We see each other maybe once in every 4 months, but those 15 days of seeing and being with him mean everything to me; to us — we have a 3-year-old daughter. I feel like there are no words to speak of an army man’s passion towards his country. Here we complain about bonus and leave dates, but in the army you’re at the same rank, with the same pay for a decade before moving up. He’s currently in aviation, but there are days when I wake up with anxiety an ask him not to fly. There are days when I miss him so much and my daughter will console me and tell me it’s for our country. He’s such a good father that even though he’s so far away, he’s involved with her school work — he often makes her recite what she learnt in class on the phone.
That’s the thing, we only celebrate our Jawaans once they’ve lost their lives, but we need to celebrate them everyday. My husband has lost so many of his batchmates to war or technical failures. There are days where there’s no communication between us because he’s in an area where there’s no network and finally after days he’ll call us up to tell us he’s okay. It’s so difficult for us, and even though this is his profession, I don’t think there’s been a day where he’s complained — everyday he wakes up with a smile on his face because he’s serving his country.”

It’s brave what she is doing everyday. Salute to every lion heart at the border risking their lives so that the millions of us can sleep, safe and sound.