Have you ever pondered the following question: Why are so many people all around us unhappy? It’s a relatively rear occasion when you meet a genuinely, fully happy person, to the point where it almost seems like a kind of inner bitterness of confusion is the normal human condition. 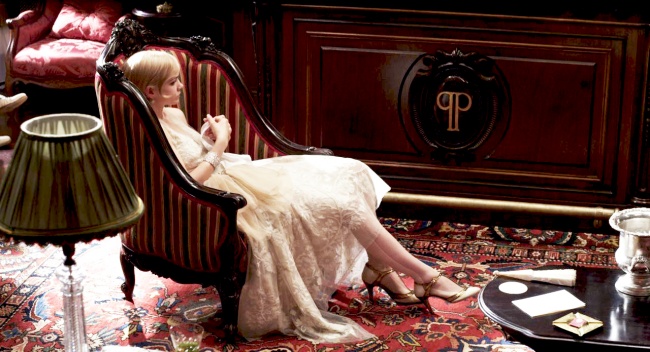 Yet it’s obvious to anyone who really thinks about it rationally that this shouldn’t be the case. The only normal state of mind is one of inner calm and joy at all the things in this life. It’s clear that the fundamental reason for this state of abnormality we see all around are our raised expectations regarding ourselves and our behaviour, as well as those close to us, our personal material success, the state of our careers, and many other things besides.

To a person with excessively high expectations it always seems that both their own inadequacies and their external environment are to blame for their unstable, deeply unhappy state of mind. They’re constantly irritated and upset because reality doesn’t conform to their wishes, and believe that they only way to be happy is to struggle against that reality to ensure they’re dreams come true. These raised expectations differ fundamentally from any rational, well-thought out plan to make improvements in their lives, since in essence these expectations are not grounded in reality; they’re simply impossible to achieve.

These raised expectations and the attitudes they lead to are arguably a kind of psychological defence mechanism which is accompanied by high levels of anxiety, irritability, and nervousness. For people afflicted with what we might call ’raised expectations syndrome’, it always seems as though they’re worth more than they have, and they often fail to comprehend that the demands they make on themselves, in line with their wishes, are beyond that which they are capable of achieving.

For instance, they might have ambitions to obtain a job for which their qualifications, experience and knowledge, or even temperament are inadequate. They might dream of marrying the perfect man or woman of their fantasies, but who in reality they’re never going to meet, because he or she doesn’t exist. There is no limit to their ambitions.
The conflict between the real world and the one dreamed up in their fantasies, along with the impossibility of achieving the aims they set for themselves, lead to anxiety, disappointment and worry, thus creating a vicious circle.

This state of mind emerges, ultimately, from feelings of inadequacy — what is often called an inferiority complex. Such people strive for near-perfect things in the physical world (a beautiful wife; personal wealth; a huge house; a sparkling career) to compensate for their inner sense of confusion and failure.
Feeling that life has rejected them and their demands, such people often simply sink further and further into an underlying state of deep unhappiness. But what makes things worse is that their expectations cause not just the individual, but also those around them to suffer — their friends and loved ones. Most often of all, this occurs in relation to husbands and wives — often such people focus far too much on their spouse’s inadequacies and, due to the nature of the way their minds works, completely overlook the fact that this is simply a reflection of their own inadequacies.

In the most unfortunate cases, raised expectations can play out in relation to a person’s children — some parents end up making excessive demands on their children, demanding that they be perfect from an early age — despite the fact that children often learn and develop through their mistakes. On the other hand, perfectionists are those who make excessive demands on themselves, precisely because they have raised expectations for life.
But here’s the main point: we are only worthy of what we get in life. The harmony which might exist in our soul depends entirely on our perceptions. Either we demand too much from life, and end up unhappy with the fact it doesn’t conform to our expectations, or we accept life as it is. And it always pays to remember that everyone, not just ourselves, to a greater or lesser extent struggles with their own sense of inadequacy at some point in their life, quite simply because none of us are perfect, and we don’t get to see others vulnerabilities and deficiencies in the same we we are intimately familiar with our own.

The first step to fighting against raised expectations syndrome is becoming aware that you have it, and in turn fully understanding just how much of a self-deceiving trap it is. If you spend all of your time thinking about how things could be so much better, then you’ll spend all your time in a state of mental anguish. There’s no limit to the idea of perfection, and therefore, equally, there’s no limit to how much you can torment yourself with raised expectations.

The best investments you can ever make are those which you make in yourself. Only constant attempts to improve oneself — above all, to work on one’s perceptions and reaction to events and the environment around them — offer the chance to achieve happiness and sustain it.