Ever wondered what life would’ve been like if Hitler had lived? What if he had kids, what would they be like, what kind of a father would he have been? Well, someone definitely thought about it, and created this absolutely delightful film about the son of Hitler, Hitlar. It even has an IMDb link.

The story is as follows:

The Führer managed to escape Germany after World War II, and managed to make his way to Pakistan, where he threw himself into the arms of another woman (wonder how Eva Braun felt about that), and managed to get himself a son, who grows up to become the eponymous Hitlar.

“As a child, Hitlar was forced to watch as his beloved uncle was murdered in cold blood by a fearsome local bandit, thus leading to the boy’s first, embryonic attempts at the throaty bellowing of bone curdling, vengeful oaths.
In present time, this seething lust for payback has translated into Hitlar terrorizing the people of his small village by having his thugs repeatedly raze the place and assassinate its most prominent citizens. This scenario has a rural-centric aspect to it that reminds me of the Filipino Darna films. The idea that the offspring of one of history’s most coldblooded seekers of empire would be content to exercise his thirst for domination over a dusty patch of rural Pakistan seems much like those films in which invaders from another planet seem to have specifically targeted for conquest the tiny, jungle-bound village in the Philippines that the superheroine Darna’s alter ego calls home.”

In case you had any doubt as to whether or not Hitlar’s father really is Hitler, there are several portraits of him all over Hitlar’s lair, who our hero (villain?) talks to all day long, and even refers to as Master. 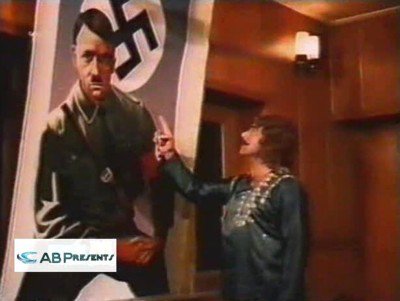 Hitlar is played by actor Mustafa Qureshi, and his nemesis Sultan by late Pakistani megastar Sultan Rahi. This may be a spoiler, but we would be remiss if we didn’t mention it. In a memorable scene, Hitlar tries to kill Sultan, by employing the most unique device possible—bears. Apparently, Hitler’s son can do this. 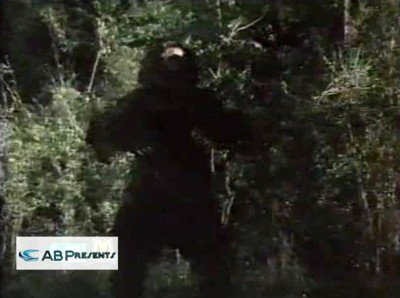 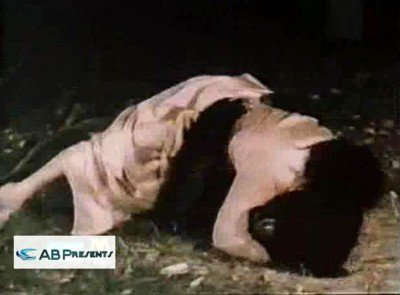 If you’re as intrigued by this film as we are, watch it here.

It’s in Punjabi, and it has no subtitles, but who cares? We certainly don’t.