A smile isn’t just an indication of your good mood. It’s also a sign of our positive attitude towards the people around us; it can attract people to us and make their day better.

Getzkick found this list of ten seriously convincing reasons showing that smiling is better than frowning.

1. Get others to trust you

In a world where everyone is out for themselves, who should we trust? One signal that suggests we are trustworthy is a smile. Genuine smiles send a message that other people can trust and cooperate with us. People who smile are rated higher in both generosity and extraversion and when people share with each other they tend to display genuine smiles.

Economists even consider that smiles have a value. In one study by Scharlemann et al. (2001) participants were more likely to trust another person if they were smiling. This study found that a smile increased people’s willingness to trust by about 10%.

When people do bad things they often smile when they are caught. Is this to their benefit?

According to a study conducted by LaFrance and Hecht (1995), it can be. We treat people who’ve broken the rules with more leniency if they smile afterwards. It doesn’t matter whether it’s a false smile, a miserable smile or a real felt smile, they all work to make us want to give the transgressor a break.

This seems to work because we find people who smile after breaking the rules more trustworthy than those who don’t.

Did you forget to buy your partner an anniversary present? Has an important client’s name slipped your mind? Have you accidentally kicked a small child? If you’ve tripped on a social banana, embarrassment is your go-to emotion.

The function of embarrassment is to get us out of tight social spots (Keltner & Buswell, 1997). The embarrassed smiles we display involve looking down and sometimes we emit a silly little laugh. This is designed to elicit fellow-feeling from other people so they think less of the slip and forgive us more quickly.

So the embarrassed smile helps us get out of jail free(ish). Once again, the power of a smile.

Sometimes we smile both because it’s polite and so that we can avoid feeling bad afterwards. Like when someone enthuses about how they saved a small amount of money with a coupon they found down the back of the sofa. It hardly seems to warrant a smile but you muster one anyway because it’s polite.

In one study people were asked to remain stony-faced after hearing someone else’s good news (LaFrance, 1997). They felt bad afterwards and thought the other person would think worse of them as a result.

So we nod and smile politely because otherwise we’ll regret it afterwards. Women, though, seem to feel this pressure to smile at the happy news of others more than men. 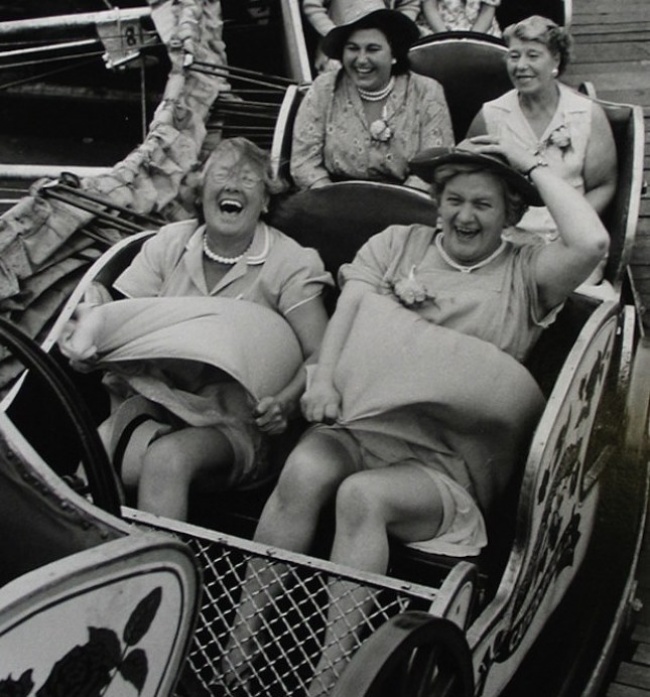 5. Laugh off the hurt

Smiling is one way to reduce the distress caused by an upsetting situation. Psychologists call this the facial feedback hypothesis. Even forcing a smile when we don’t feel like it is enough to lift our mood slightly (this is one example of embodied cognition).

A word of warning: smiling at upsetting things may work but it doesn’t look good to others. When Ansfield (2007) had participants viewing distressing videos, those who smiled felt better afterwards than those who didn’t. But people who smiled at distressing images were judged less likeable by others.

When we’re nervous our attention tends to narrow. We stop noticing what’s going on around the edges and only see what’s right in front of us. This is true in both a literal and a metaphorical sense: when nervous or stressed we’re less likely to notice ideas that are at the edge of our consciousness. But to gain insight into a problem, it’s often precisely these peripheral ideas we need.

Smiling makes us feel good which also increases our attentional flexibility and our ability to think holistically. When this idea was tested by Johnson et al. (2010), the results showed that participants who smiled performed better on attentional tasks which required seeing the whole forest rather than just the trees.

So a smile really can help give us a burst of insight.

When men smile at women, though, the effect is less magical. While smiling increases women’s attractiveness to men, it doesn’t work so well the other way around. Indeed there’s some evidence men look more attractive to women when displaying pride or even shame, than when they look happy (Tracy & Beall, 2011). Less smiling makes a man look more masculine.

8. Hide what you really think

Psychologists used to think that a genuine smile never lies. Fake smiles involve only the mouth, while real smiles — called Duchenne smiles by psychologists — reach up to the eyes. Recent research, though, suggests that 80% of people can fake the crinkly eyes central to a Duchenne smile.

So smiles can be used to hide what we really think, but it’s still not easy to fake a real smile because they have to be timed correctly. A key to a trustworthy smile is that it has a slow onset, i.e. it takes about half a second to spread across the face. One piece of research has found that in comparison to a fast onset smile (about a tenth of a second to spread), slow onset smiles are judged more trustworthy, authentic and even more flirtatious.

We’ve already seen that economists have calculated the value of a smile, but can a smile make us real cash-money? Apparently the broad smile of a waitress can: Tidd and Lockard (1978) found smiling waitresses made more in tips (there’s no study on waiters).

More generally people in service industries, like flight attendants or those in entertainment and hospitality are effectively paid to smile at customers. But, watch out, a constant mismatch between felt and displayed emotion — called emotional labour by psychologists — can be exhausting, possibly leading to job burnout.

A smile may make money, but it can also be draining. 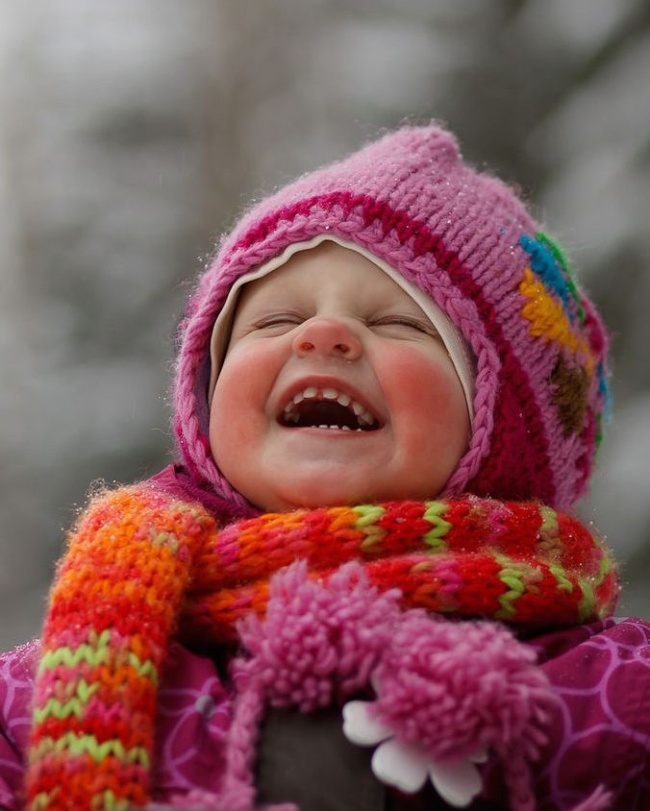 10. Smile and (half) the world smiles with you

One of the simple social pleasures of life, which goes almost unnoticed because it’s automatic, is when you smile at someone and they smile back.

As you’ll have noticed, though, not everyone does smile back. Hinsz and Tomhave (1991) wanted to see what proportion of people would respond to a smile aimed at them with their own smile. Their results suggest around 50% of people reciprocate. In comparison almost no one responds to a frown with their own frown.