Mom Tionna Norris found herself on the receiving end of an incredibly offensive note from her daughter’s teacher that not only insulted her daughter, but suggested that the child was being teased by fellow students because of the scent of coconut oil from her hair.

It quickly went viral, with more than 11,000 likes and more than 5,500 shares and comments of disgust and support.

Norris posted an update in the comments after her meeting with administrators, and as it turns out, it was only Carol who had an issue with Amia’s hair product. She recounts, “The kids never said anything, this had everything to do with the teacher and how she felt about Amia’s hair. If someone is teasing my child about her hair you TEACH those children! Even if the coconut oil does stink (which is doesn’t) you have no right to tell a black mother how to care for her daughters hair because that is what she needs.”

Norris posted an update on Thursday saying Amia has been pulled from the school and that Carol still doesn’t really seem to get it. 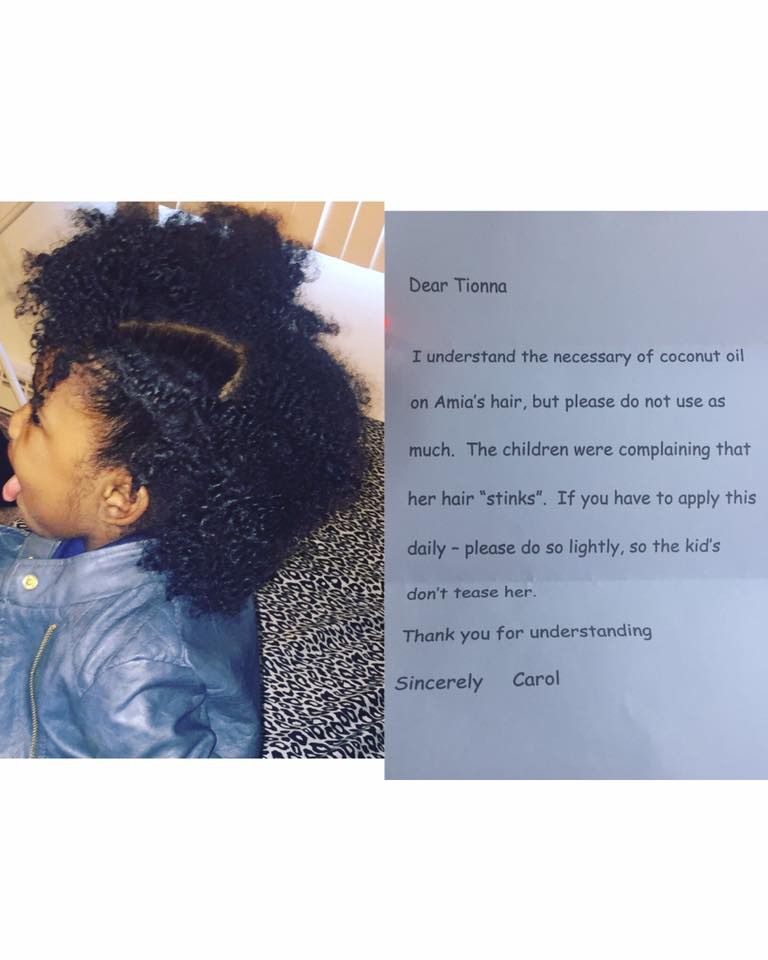