— There is a myth that people fall in love at first sight, and their love is eternal. However, this isn’t how anyone would build a house, make a career or recover from an illness.
I think it’s the woman who makes the relationship. Do you know why I don’t give consultations to guys? Because, as a rule, men only want me to prove that women are wrong. That’s all they expect from a psychologist. I think that men just react to women. They don’t react in the same way to a psychologist. The only reason why I work with women is because I passionately believe that when the woman changes, the man’s relationship with her also changes.
In this article you’ll find the seven commonest errors which I’ve had to deal with. 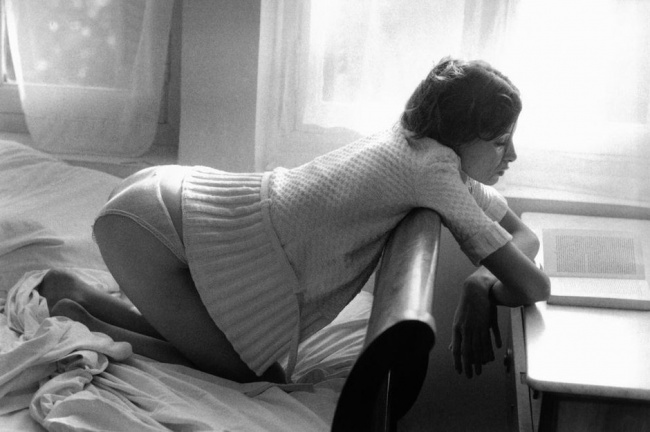 1. You lecture too much

The main mistake in relationships is too many discussions initiated by the woman. I don’t mean idle chatter. I mean when, instead of explaining why she’s feeling down, she says ‘I’ll tell you how to do it! I know! You haven’t a clue, you just…’ and she starts lecturing. Let’s say it’s in the car when he can’t get away; all through the journey she drives him crazy about some little thing that isn’t important. Then they get home, eat, go to bed, have sex and in the morning the whole cycle starts all over again.

2. You’re thrown from one extreme to another
Women make another mistake. They are always swinging from the extreme of being ‘always available’ to being ‘absolutely unavailable’.

There are two points to note here:

1.When a woman is always available to her partner for intimacy, no matter how he behaves, she loses value both in her own eyes and in those of her partner.

2.When a woman acts as a tough leader or ‘Mummy’ in the family, she loses her sexual attractiveness. That’s because in a man’s head, ‘Mummy’ and ‘sex’ are quite different things. He loves ‘Mummy’, but he’ll have to find another woman for sex.

A woman is a combination of a girl and a mother. Together these two elements make a calm, harmonious woman who knows how to be flexible. Mummy can’t be flexible because she’s always worrying about something and she has to be right. A girl, on the other hand, can be flexible just because she’s stupid.

When a woman learns to understand her own feelings, she learns what calm joy is, and she learns how to find ways to reach this state.

This will happen even though it would seem that she’s doing the right thing, and that the man is behaving like they do in magazines. She won’t feel anything. This will lead to the end of the relationship.

3. You whack the tiger with a slipper
Women often try to bring to men’s attention the fact that they haven’t lived up to their expectations. They keep making assertions like ‘You’re lazy!’ ‘When will it end?’ ‘You never make money.’ ‘When will you make a decision? Taking this position and going on at him like this will make him into a ‘cat’ who will never want to go in direction you’re trying to drive him. There’s an allegory which illustrates this; let’s take a tiger and whack him with a slipper every day. We tell him that he isn’t strong and he isn’t a tiger. How will this tiger behave?

I suggest women use phrases like ‘Do you know how sad I feel?’ or ‘I’m very upset because when I explained to you how important this is to me, I hoped you’d understand’. By doing this, the woman shares responsibility with the man for her condition. That’s very important. This is because women expect responsibility. He’s a comfort-loving creature who doesn’t really like personal responsibility, and it’s much easier for a member of the ‘stronger sex’ to make a woman feel comfortable now than to take responsibility for her unhappiness later on.

4. You don’t recognize what happiness is
I’ve been working in this field for 15 years, and for a long time I didn’t understand why girls with completely different status, ages, experiences and upbringing make exactly the same mistakes. What did I understand? That parents have a huge responsibility. They should give their daughters the experience of happiness so that later on they can identify themselves in society. No-one taught me how to feel happy. So when a girl starts out in life, she doesn’t know what being happy really means. She knows fragments of this feeling from when she was awarded for something; good marks at school, good behaviour and so on. So she starts out in life not knowing what happiness is and she meets a man who says ‘I’m happiness’, so she takes him home. Two or three years pass and she doesn’t feel this happiness.

The main task of parents is to convey to their children what happiness is. So if a woman nurtures and cultivates in herself a feeling of calm joy, she is killing two birds with one stone.

5. You don’t bring up your children to show affection

I have an acquaintance with a 3-year-old daughter. When she comes up to him, she shows her affection towards him straight away. This girl’s behaviour is largely dictated by nature. If a grown woman always behaved in the same way then a man would have no chance of remaining indifferent to her. But what happens to this behaviour as we get older? Why is it that when a girl begins a new relationship, so much time has to pass before she shows any signs of attachment? When she was a child, she did everything naturally. Why does she need to learn this behaviour all over again?

This is because of wariness. The experience of previous relationships. When a girl has been deceived three times, she starts to think ‘Maybe he doesn’t want this? Maybe he’ll push me away?’

When I hold him tight, and say sweet words to him, he can’t walk away without looking and feeling bad. It’s the same with our children. The first thing to keep in mind is how important it is to accept their feelings. If your daughter is crying, you mustn’t tell her she’s crying over something silly. You have to tell her that you would also have cried in her place. You need to sympathize. One way to do this is to let children know that nothing is wrong with them. You need to say ‘Whatever happens, I’m here for you’. You also have to hold back from lecturing them.

Very many people say ‘Whatever happens, I’m here for you, but listen, when I was your age…’ and then it starts…

6. You don’t let him speak
Men should learn how to speak. When they don’t talk, women feel unwanted. The problem is that men make their plans alone and don’t discuss them with women. If he says ‘I’m going to work today so that in three years we can buy a house’ then she will happily support him. In a man’s eyes, if he lives with her and comes home and eats her soup, that means he loves her. But women don’t understand this. Women ask ‘What am I to make of him hardly ever looking at me, coming home late and sleeping in a different room? When I ask men about this, they answer ‘I’m with her, aren’t I? Everything’s okay! You need to talk to women. You have to say ‘I’m tired. Could you cook me such and such?’ This will make her happy.

How can you make a man understand that he needs to talk to you?

The thing is that women see details. That is, they build a general picture of what’s happening based on fragments. Men usually only see the big picture. When a woman does something and then asks a man ‘how’s that?’ an explosion goes off in his head. He thinks that if he doesn’t say the right thing he’ll get into an argument. I know a good game. When your man asks you to do something, let’s say he asks where his shirt is or he asks you to make some tea, tell him the following ‘tell me three little words that mean so much to me, and I’ll tell you where your shirt is’, or ‘ tell me five sweet little words and I’ll make you the best tea I the world’. You really do need to take some time to teach your man to talk to you like this. After a while he’ll start to do it of his own accord.

7. You don’t recognize your own beauty
Why does a woman spend hours in front of the mirror before she goes out, making herself look that little bit more beautiful for strangers in the street, when she can’t find the time to make herself look beautiful for her man at home? This happens because women worry about public opinion. Her man is already at her side. She puts a much greater value on the remarks of other people telling her husband that he has a beautiful wife than on praise from her own husband.

Simple techniques for being happy:

. Think ‘What pleasure can I give myself today?’

. Walk 2 and a half miles (4 km) a day on foot. You shouldn’t think ‘I’ll walk a stretch here, and another stretch later on’. You have to walk this distance in one go.

. Drink water! Wash the depression out of your body.

. Think ‘I approve of myself!’ as much as possible.

. In short — do what you like to do in the morning. Then the day has a good start.

. And there one more good piece of advice; do nothing once a week. Nothing at all. Don’t make the bed, eat yoghurt, go to the gym or do anything else. This is a very important procedure.

Like many people, I’ve been to Tibet to find answers about happiness. I didn’t find them. It was cold there and I was hungry and frightened. I was there for three weeks, and once a week I was able to ask an old monk a question. My secret to happiness is that there are no guaranties. The world is unstable. Everything can change at any moment. If I don’t take the maximum I can from life today, I might regret it tomorrow.