Every time Salman Khan appears on the small screen he leaves the fans in a frenzy. Salman has always enjoyed a mass fan following due to Bigg Boss. While the show wrapped at the beginning of the year, Salman is currently hosting Dus Ka Dum. While the show is giving us our daily source of entertainment, the show will soon witness a guest on the show and we can’t wait for it. As per Mid-day reports, Kamal Hassan will grace the show to promote his upcoming film, Vishwaroopam 2 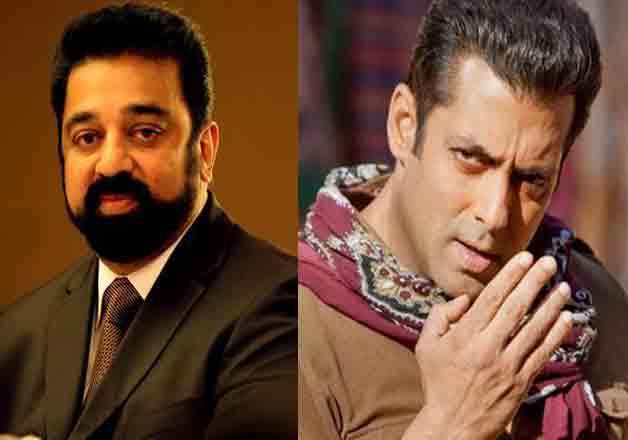 According to the source “Haasan is currently juggling his film promotions with the duties of his newly formed political party. However, when the film’s publicity team started toying with the idea of him making an appearance on Dus Ka Dum 3, he immediately agreed.”

While Hassan will be shooting for the episode on Monday Source reveal that “If time permits, he may head to Salman’s house after the shoot wraps up.”

Vishwaroopam released in 2013 But the film was banned in Tamil Nadu, Salman had urged his fans to watch it. It will be great to witness both the Bigg Boss hosts on one show.