Cherish her or hate her, you definitely can’t overlook Priyanka Chopra Jonas. On one hand, the actress has been showered with recognition for her work in Ethiopia as the Goodwill Ambassador.

She is no stranger to negative remarks on the web and in the most recent incident, the point of contention was an international magazine cover shoot for which she received a lot of social media hate.

Fashion is such an important part of global culture, often arising from centuries of tradition, and doesn’t go out of style when the seasons change. The ‘Saree’ is one of the most iconic and recognized silhouettes from India. To me, its beauty lies in its versatility, not just in drape and fabric. It embodies elegance, femininity, and power, and I love how I feel when I’m wearing one. I’m so proud to be wearing a @Taruntahiliani saree on @instylemagazine’s July cover! Thank you @laurabrown99 for being such an amazing creative partner, and for sharing some of India’s incredible fashion with the world. #IndianSummer #ProudDesi (Link to the story in bio)

Priyanka was the substance of InStyle Magazine for their July cover in which she wore a shimmery Tarun Tahiliani hand-embroidered couture saree. While people from the film and fashion industry lauded her for showcasing an Indian outfit and its versatility on a global platform, desi fans were far from impressed.

Check out the trolls below: 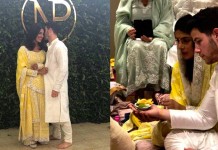 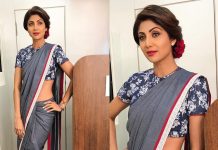