Pellets have caused blindness and other permanent injuries.

A Pakistani lawyer has created morphed images of celebrities, showing what they would look like had their faces been injured by pellet guns. According to Mohammed Jibran Nasir who, along with Batool Aqeel and Murtaza Abbas, has created the images, the idea behind the exercise is to show the dark reality of the use of pellet guns by Indian security forces in Jammu and Kashmir.

“We are just amplifiers, the voice we are amplifying is of the Kashmiri People. We are glad that Kashmiris have responded positively and we are able to add even an iota to their strength we would consider our work done,” BuzzFeed quoted Nasir saying.

The website, ‘Never Forget Pakistan’ has posted the images on its Facebook page, along with text that claims to describe the atrocities that the people in the Kashmir valley have had to endure during the protests following the killing of Hizbul commander Burhan Wani on 7 June this year.

More than 350 people have been hit by pellets in their eyes and according to doctors, most of them will either sustain some form of permanent damage, suffer disfigurement or lose their eyesight entirely. 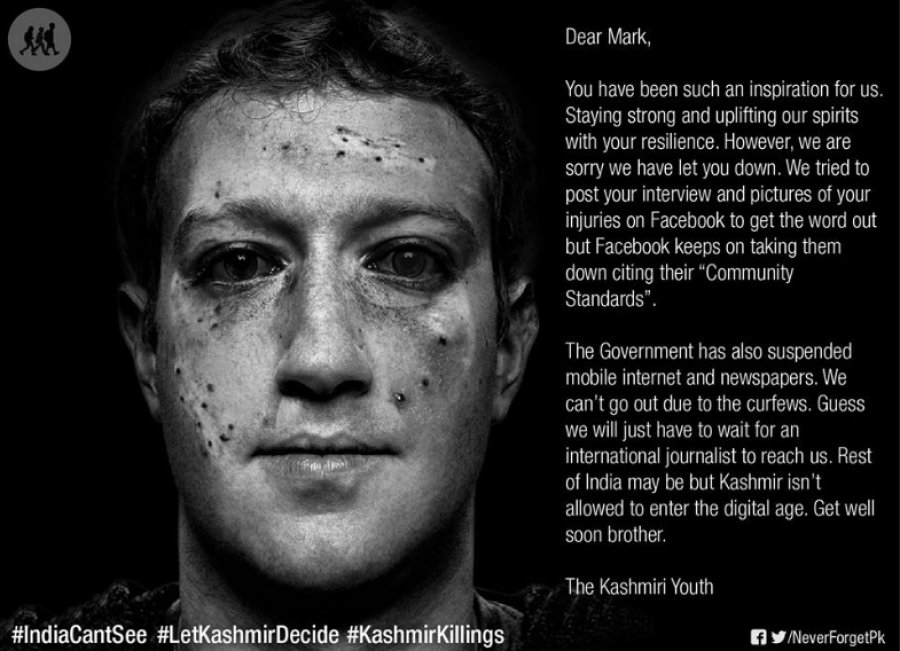 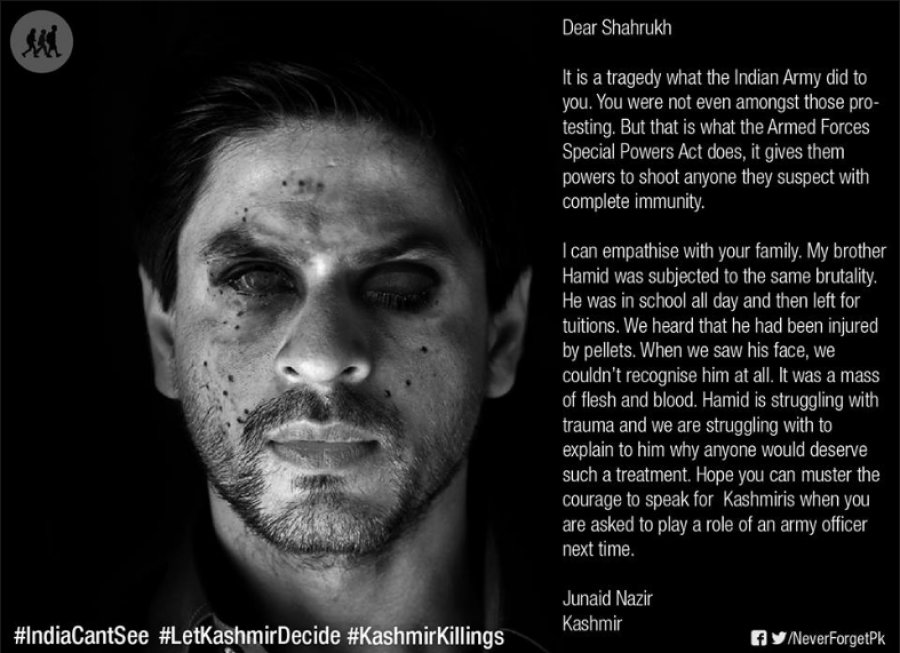 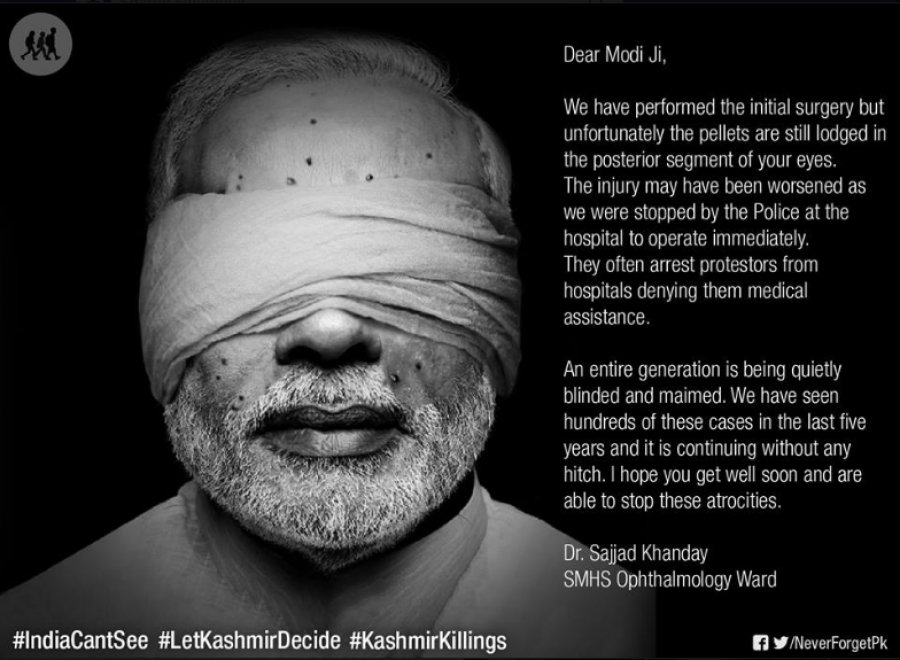 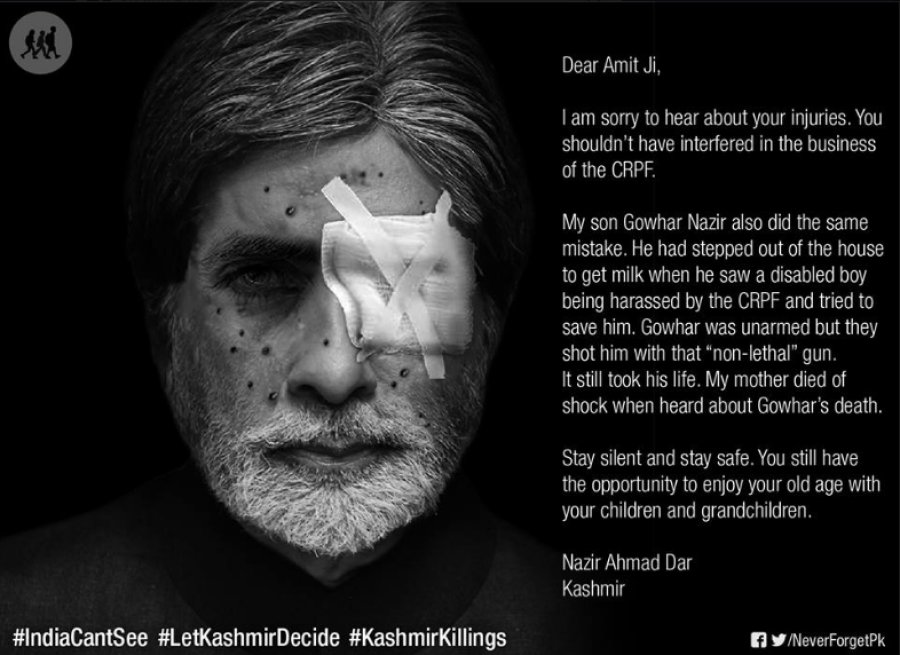 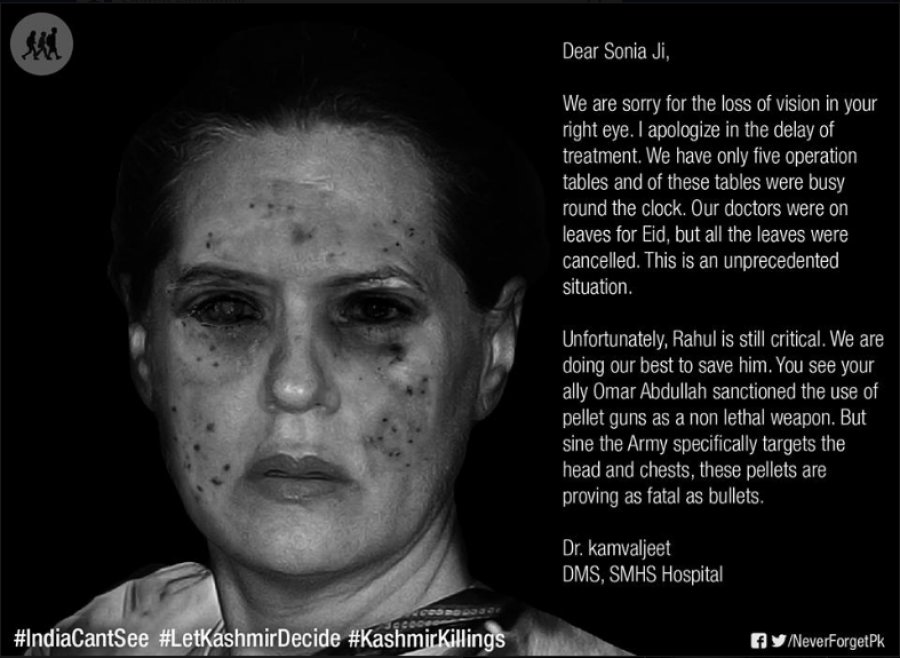 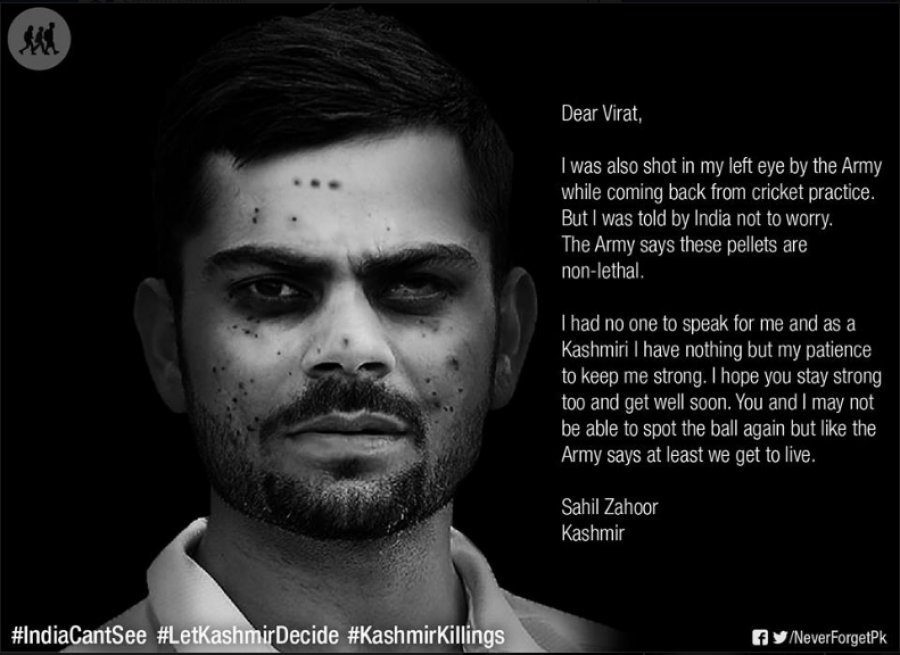 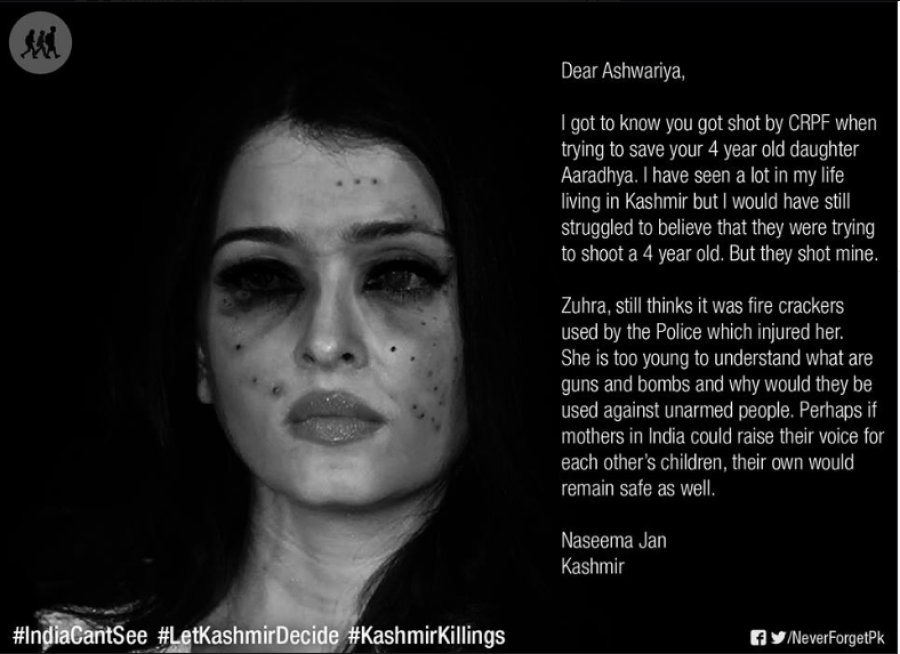 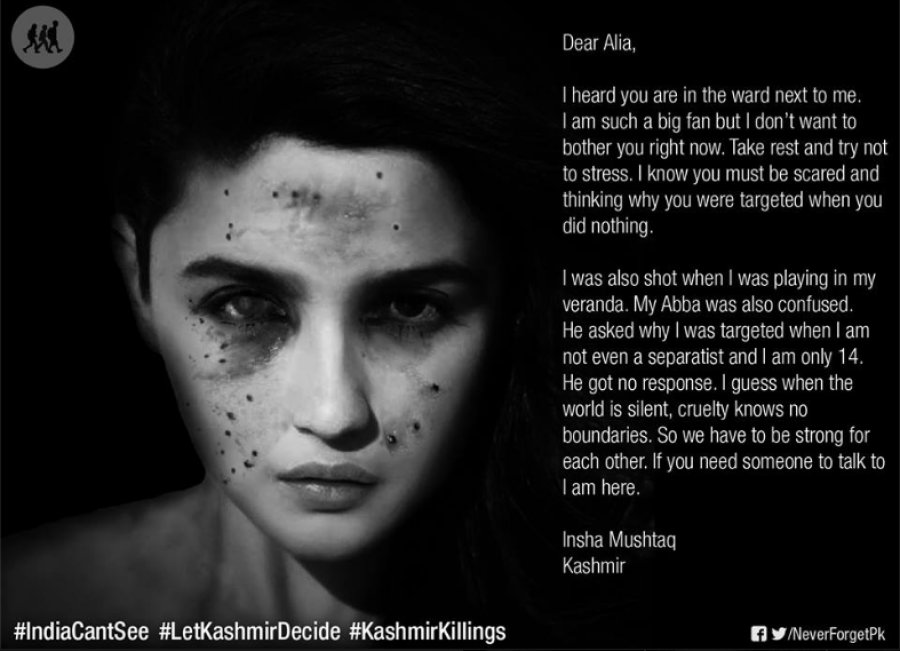 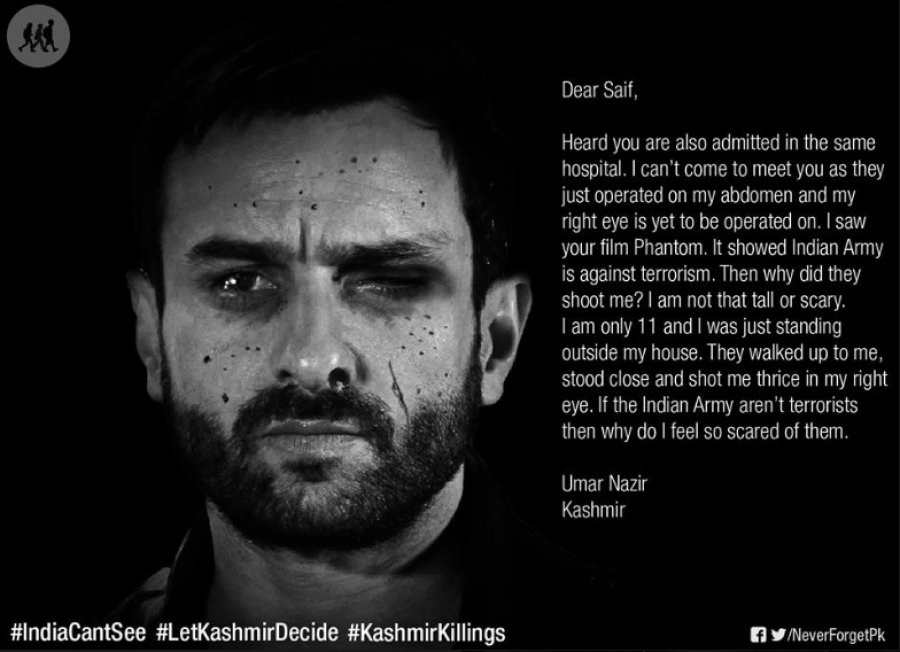 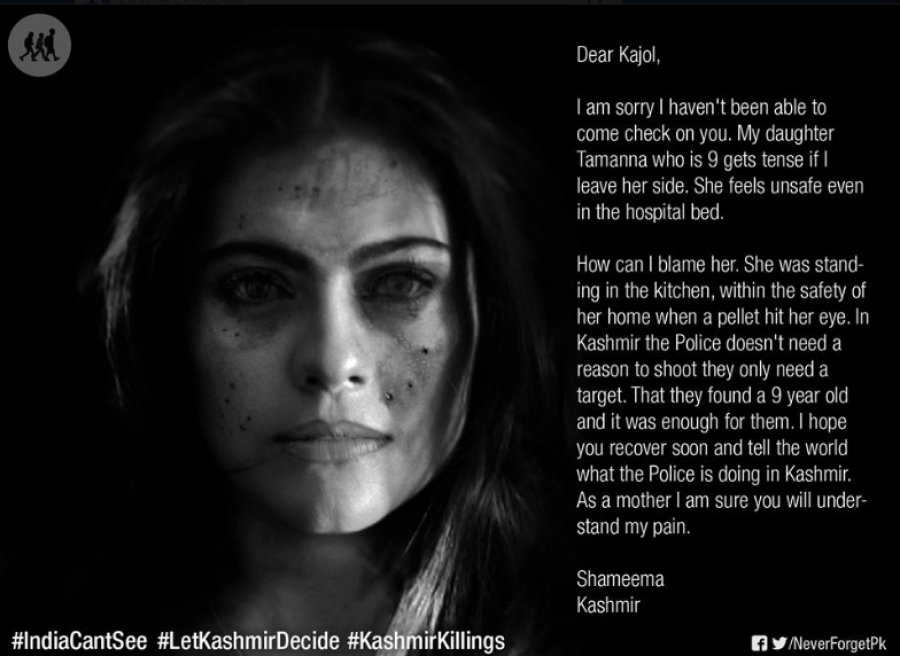 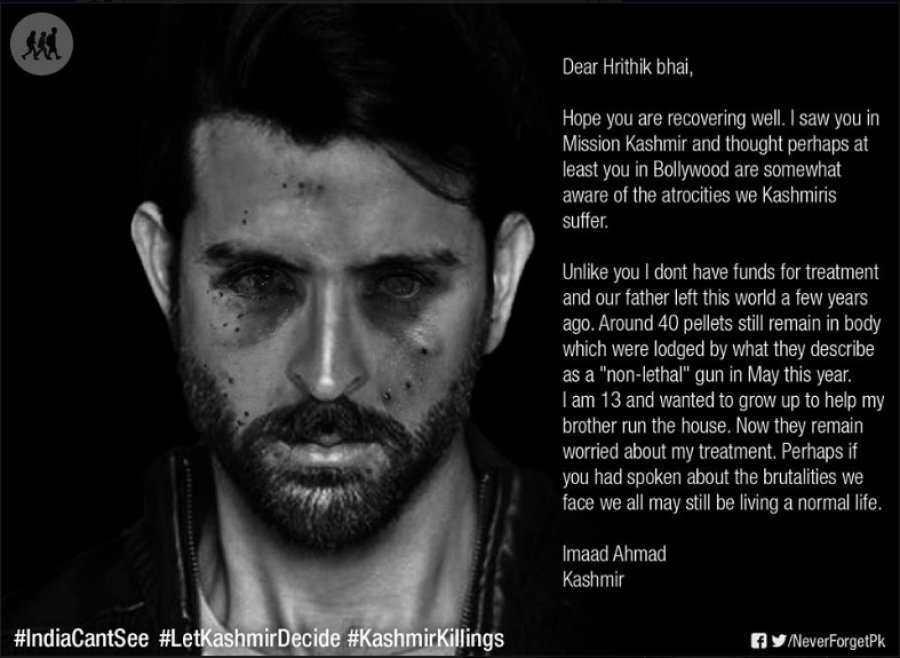