Natalia Grace is a psychologist and the author of a famous book, ’’The Laws of Grace,’’ in which she tried to collect and present all of her life observations. Her conclusions can help us become a bit wiser and save our strength for the things that really matter. 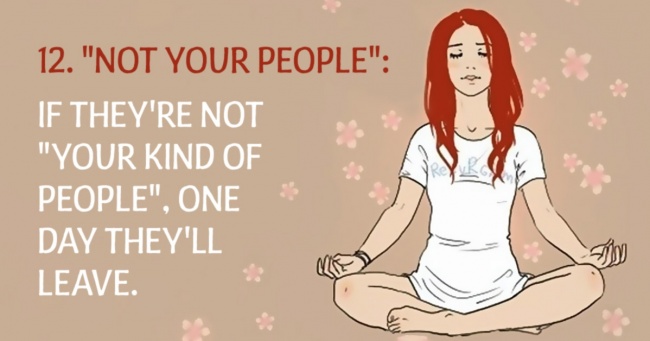 1. The law of significant details

2. The law of the inevitability of loss

In everything a human does, he or she makes mistakes. That’s why losses are inevitable. Losses are inevitable, ladies and gentlemen! Knowing this, you shouldn’t let yourself feel sorrow too much. We can influence a lots of things, but not all of them. There are general laws of the universe. We can’t be perfect, and neither can our actions. Accept the inevitability of losses with humility. It may be the only thing you can do.

3. Better under- than over-

It affects absolutely everything. For example, if you speak, finish before people get bored. Goethe said: «The mystery of boring lies in attempts to say everything.» Went on a date? Say goodbye a moment before your partner does. If you’re on a visit, leave before the owners of the house are sick for solitude. Remember: better under- than over-…

4. The law of the harness

Two horses in a harness can move 15 tons, but each one on its own can only move three tons. Don’t try to struggle on your own; work with someone else, and you’ll be more efficient at carrying the burdens of this life. ’’A three-string cord isn’t easily broken’’.

5. The law of precise time

The setting of a deadline for any business increases its chances of happening. It’s one thing to say: ’’talk to you later,’’ and another to say, ’’I’ll call you tomorrow at 10 a.m.’’ In the second case, you’re very likely to call.

The brain must be reset. If you came home scarcely able to stand, but there are only 14 of 28 things done on your to-do list, don’t blame yourself for inefficiency if you sat down and stared off into space. The brain cannot run all your orders continuously. It needs to take care of itself. It has to sort out all the information you have been stuffing it full of during the day. In order to do that, it should be cut off from any extraneous information coming from the outside. That’s the way it resets. Even the soil loses its productivity having yielded crops seven years in a row; it becomes barren. Long live the reset!

7. The law of the illusion of perfect conditions

Things in your life will never be perfect, and there will never be a perfect time to do something. At the same time, it’s silly to deny the existence of favorable conditions, although it’s rare that someone is wise enough to benefit from them. This is partly because the chances are hidden under the guise of problems that should be solved.

8. The law of compensation

It doesn’t happen all at once. Can you imagine someone being able to have perfect looks every day, making the perfect dinner for you, having passion in bed, caring for the children perfectly, being a perfect singer or musician, being in perfect health, having the best mood, always wearing a smile, being successful at work and being the perfect friend — all at once?

It doesn’t happen all at once, that’s why Napoleon was afraid of cats, Tchaikovsky cried up to 10 times a day, Schiller put — seriously! — rotten apples in the drawer to call his Muse, and Bach threw his wig at his organist when he played out of tune.

If a person has reached significant success in something, he or she usually fails at something else. But it’s not the absence of drawbacks and deficiencies that matters, but the presence of virtues and achievements.

9. The law of influence

People who surround you influence you on who you will become. There’s such a thing in medicine as a norm of reaction. Someone is surely destined to be thinner, someone else stouter. But even within this concept, you can either be cute and stout or flabby and fat. That’s what the norm of reaction is. Even if a person isn’t the brightest crayon in the box, he or she will become smart (even relatively, it doesn’t matter); in another case, they will remain somehow primitive. One’s surroundings are a big influence, if not the biggest. We turn into those who stand by our side, and we influence those around us much less.

10. The law of opposing reactions to talent

Talented people always cause opposite reactions: either admiration or hatred. They cannot be perceived with indifference. They cannot be ignored. They cannot just be forgotten. We remember them, love them, think of them, hate them, and even envy them. That’s why, if you’re talented, don’t dream of total admiration and acceptance. You’ll have enemies just because you have talent.

11. The law of common memories

Most people share common memories of events. A devotion, as well as a calm, continuing love, is mostly based on common memories. Thus, memories create a bond between people. Want to be good in somebody’s eyes? Create good memories with this person.

If they’re not ’’your kind of people,” one day they’ll leave.