A traditional Tam-Brahm wedding has fixed sights and sounds attached to it – gorgeous Kanjeevarams, smell of gajra in the and traditional shehnai music. One Bangalore couple took the best aspects of this traditional affair and gave it a rock star touch. 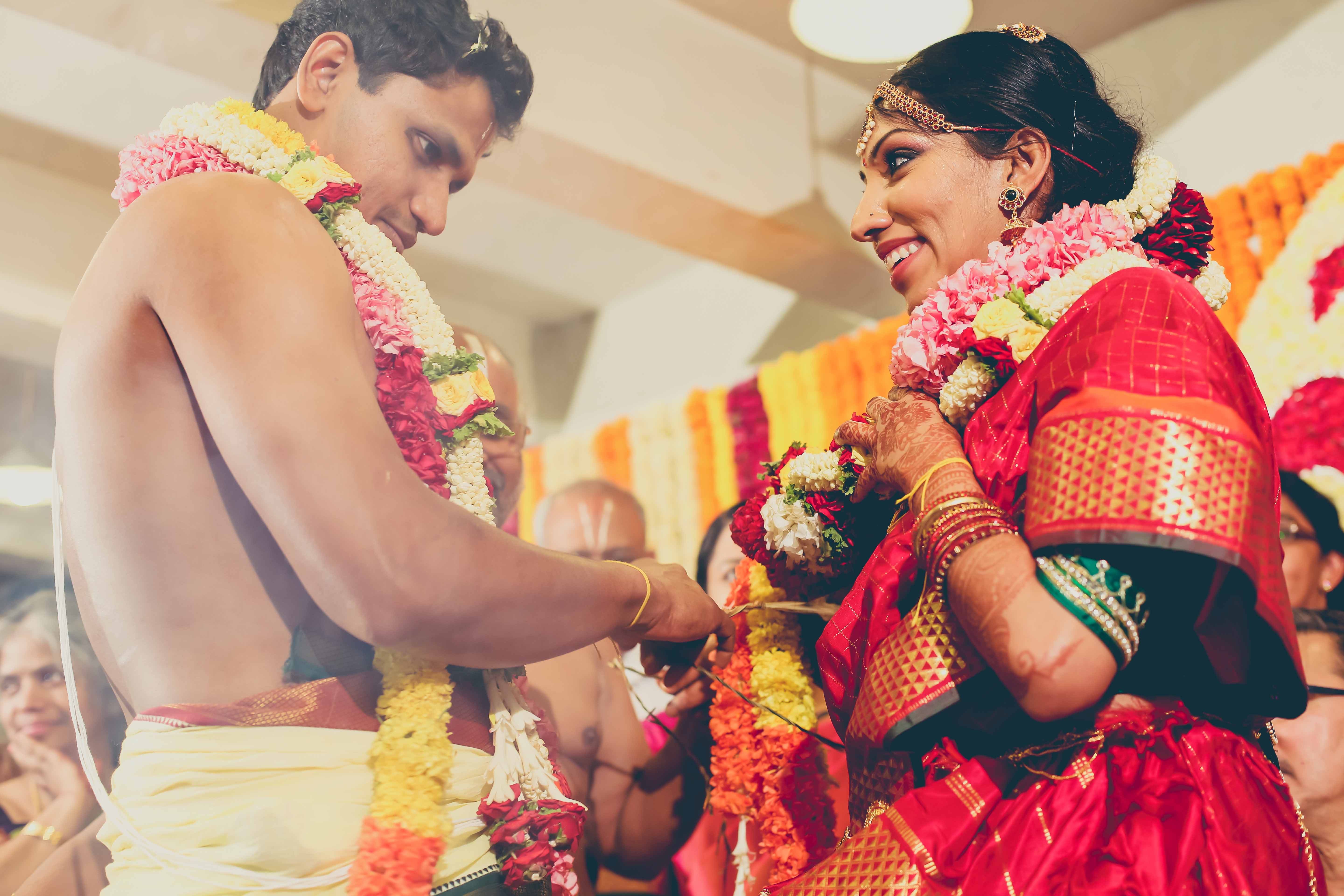 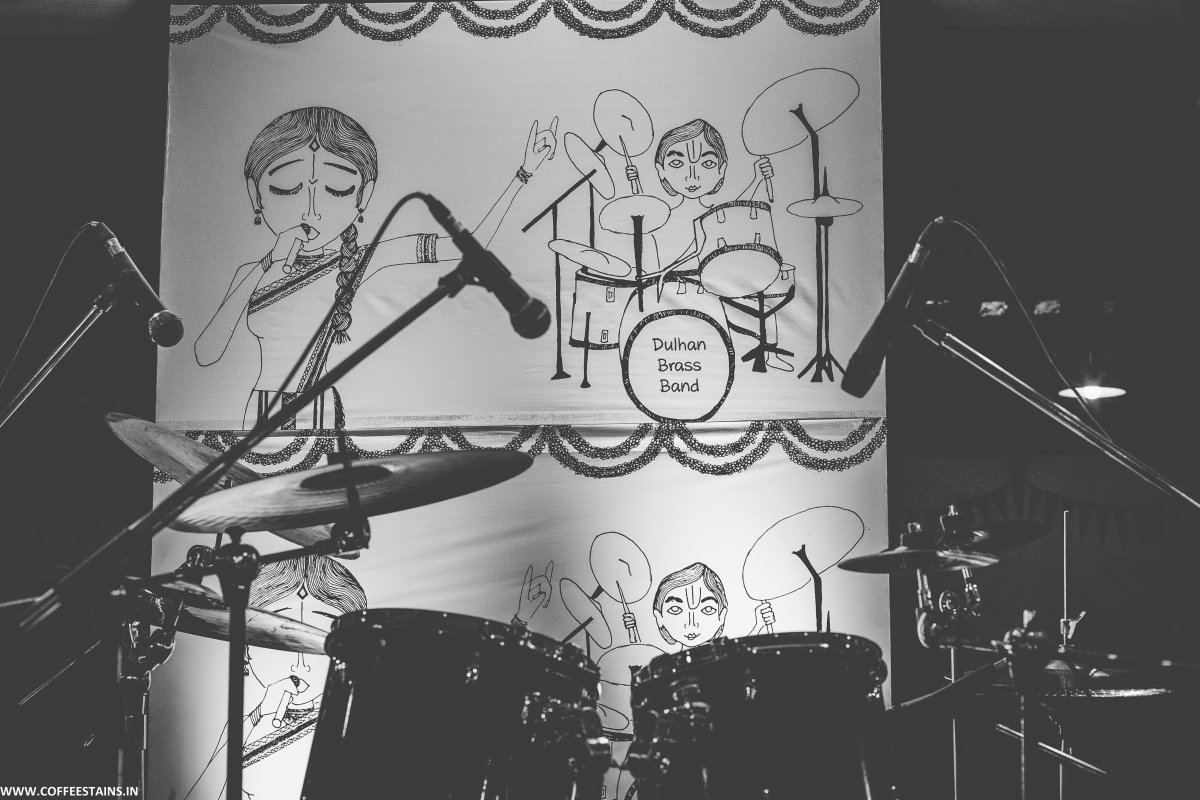 Akshaya and Shriram met through their love for music. The bride’s a singer and the groom is a drummer. Akshaya was introduced to the guys who were looking to expand their band, and voila, instant musical connection! The two work together in Detroit and continue to jam with their band, which is how the idea of performing at the wedding first came up. 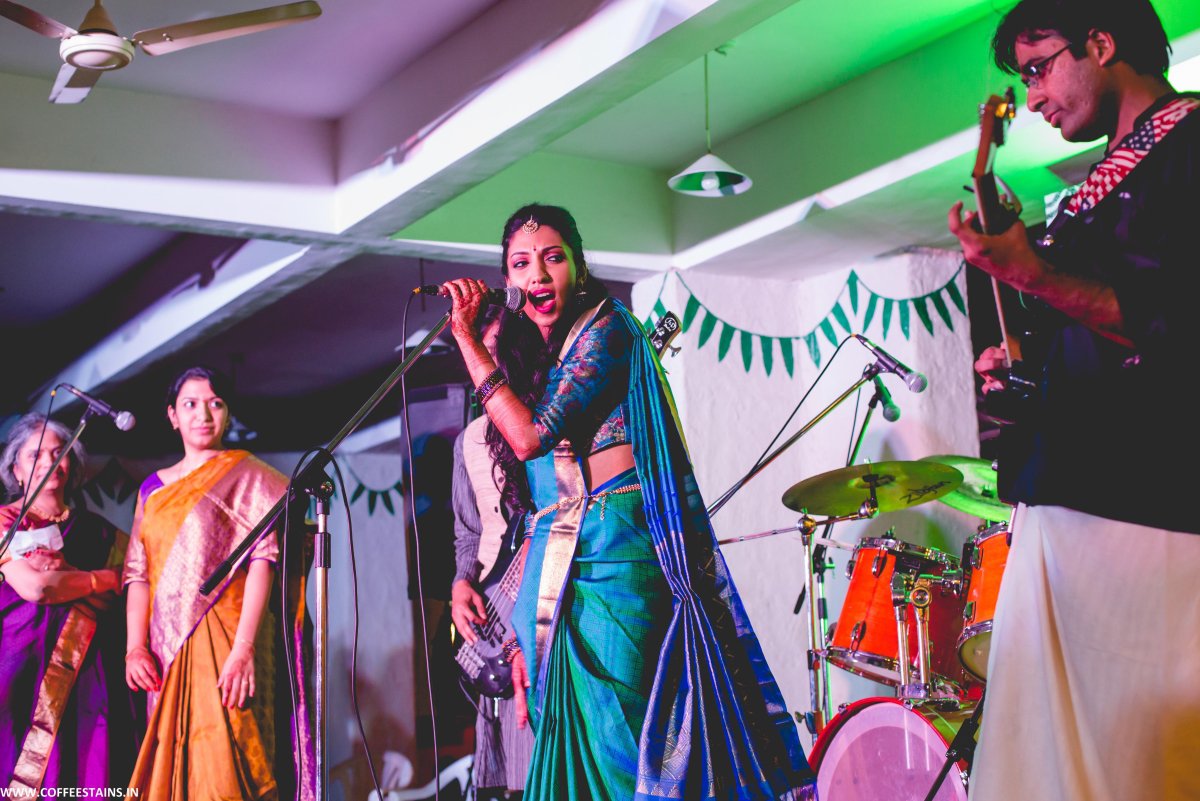 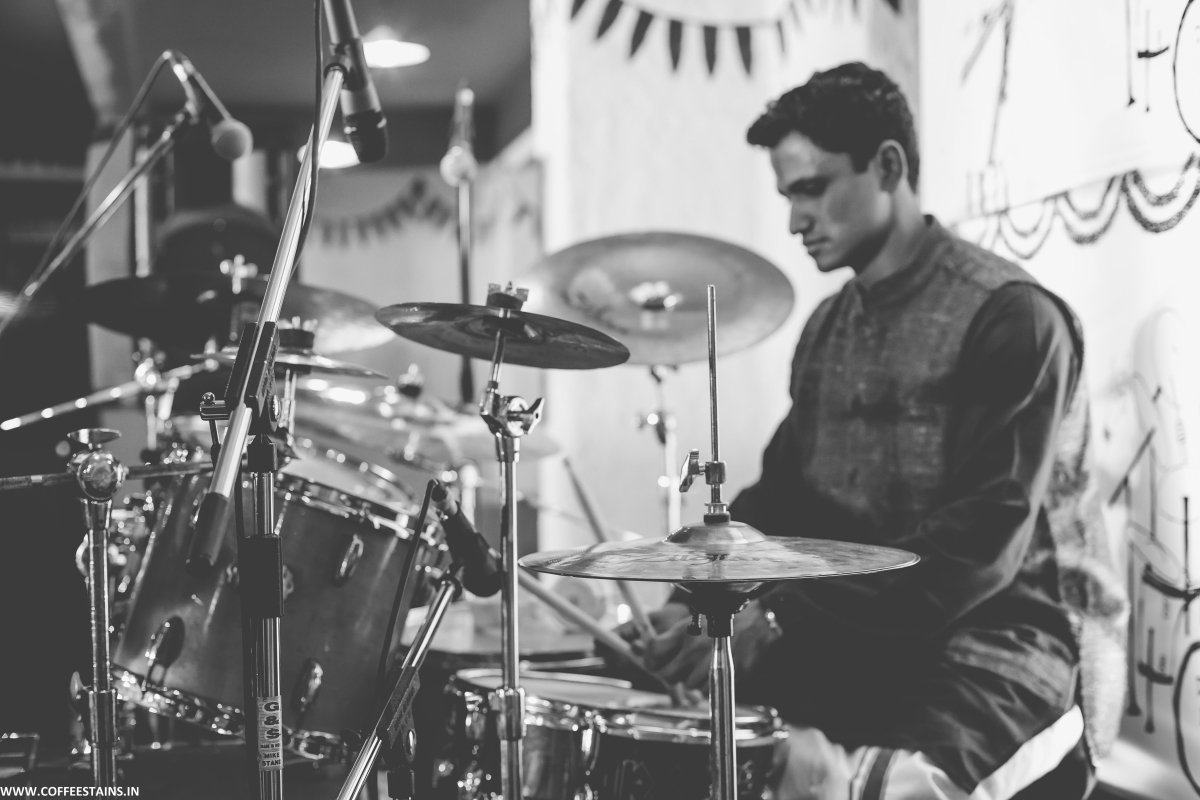 The Dulhan Brass Band, as they called themselves, was made from within the wedding party. Akshaya told the folks at Coffee Stains, “In theory we were far from a brass band but we wanted it to sound very local and traditional. Tradition is hipster! They’re used to celebrating a glowing bride… this time it was a growling bride they celebrated. Also, I’m also certain this was the first time anyone played double bass with a veshti (dhoti)!” 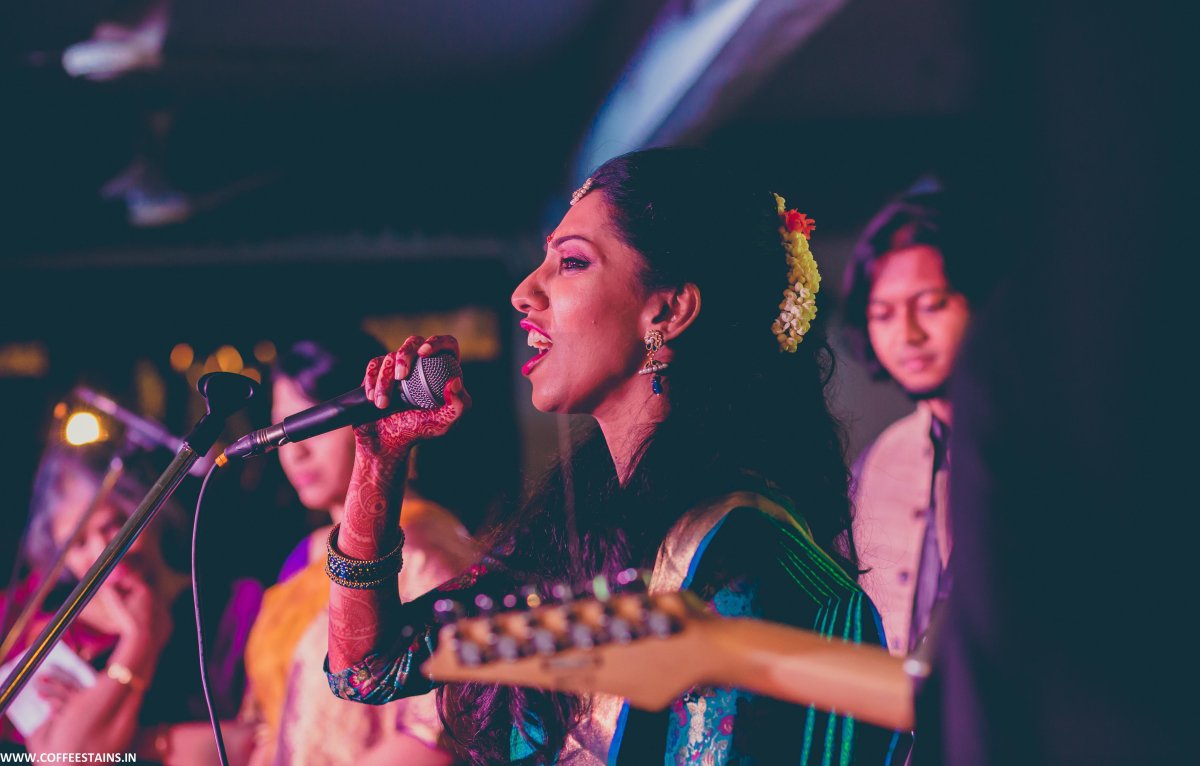 We were obviously interested in the family’s reaction to the idea. “We told them we were going to perform and they were just happy we were showing some interest in the wedding preparations. During the performance also, they all promptly clapped after each song. It was so cute! They were definitely taken aback with the growling. There was no response during those parts.”

Now that’s how you personalize your wedding! 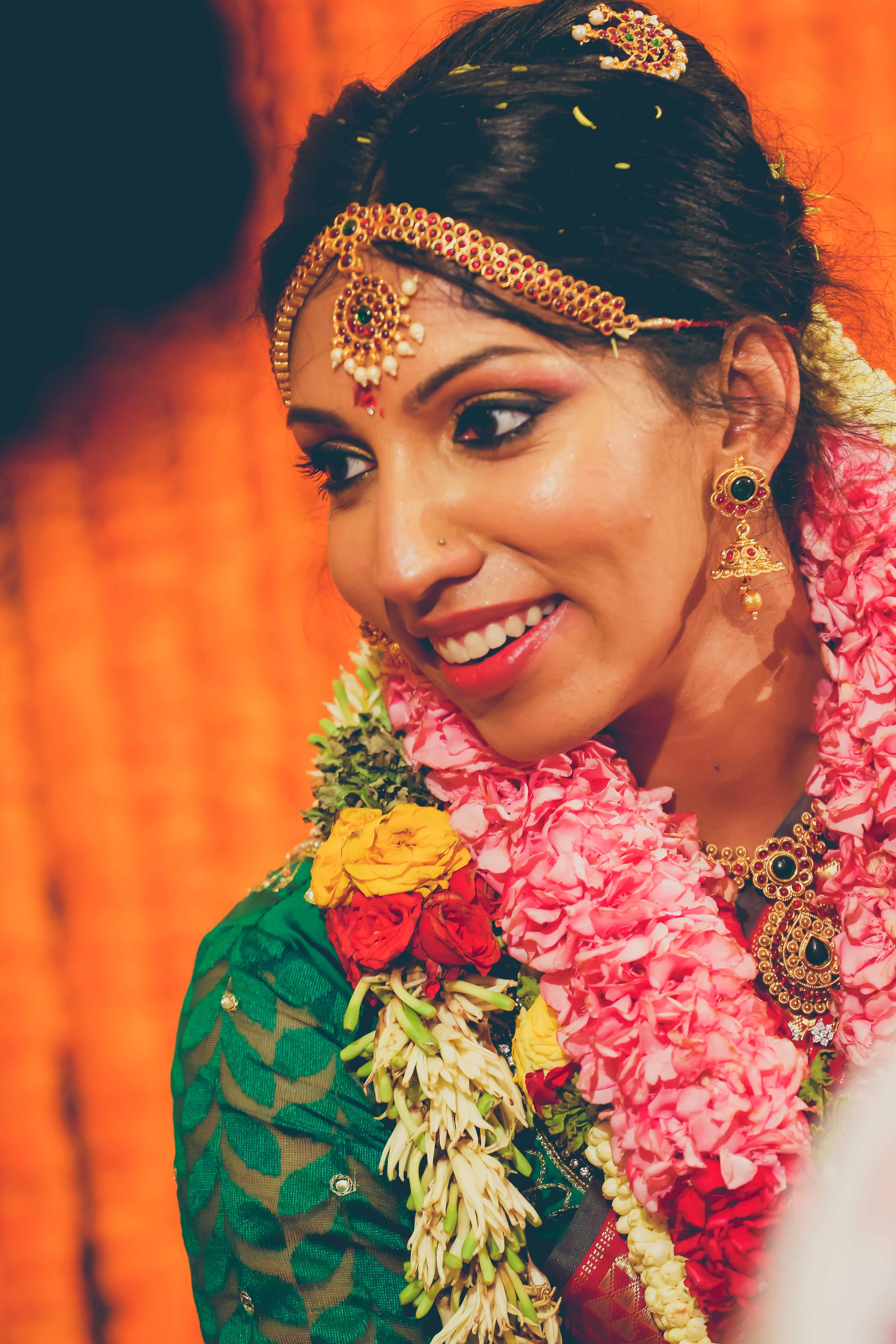 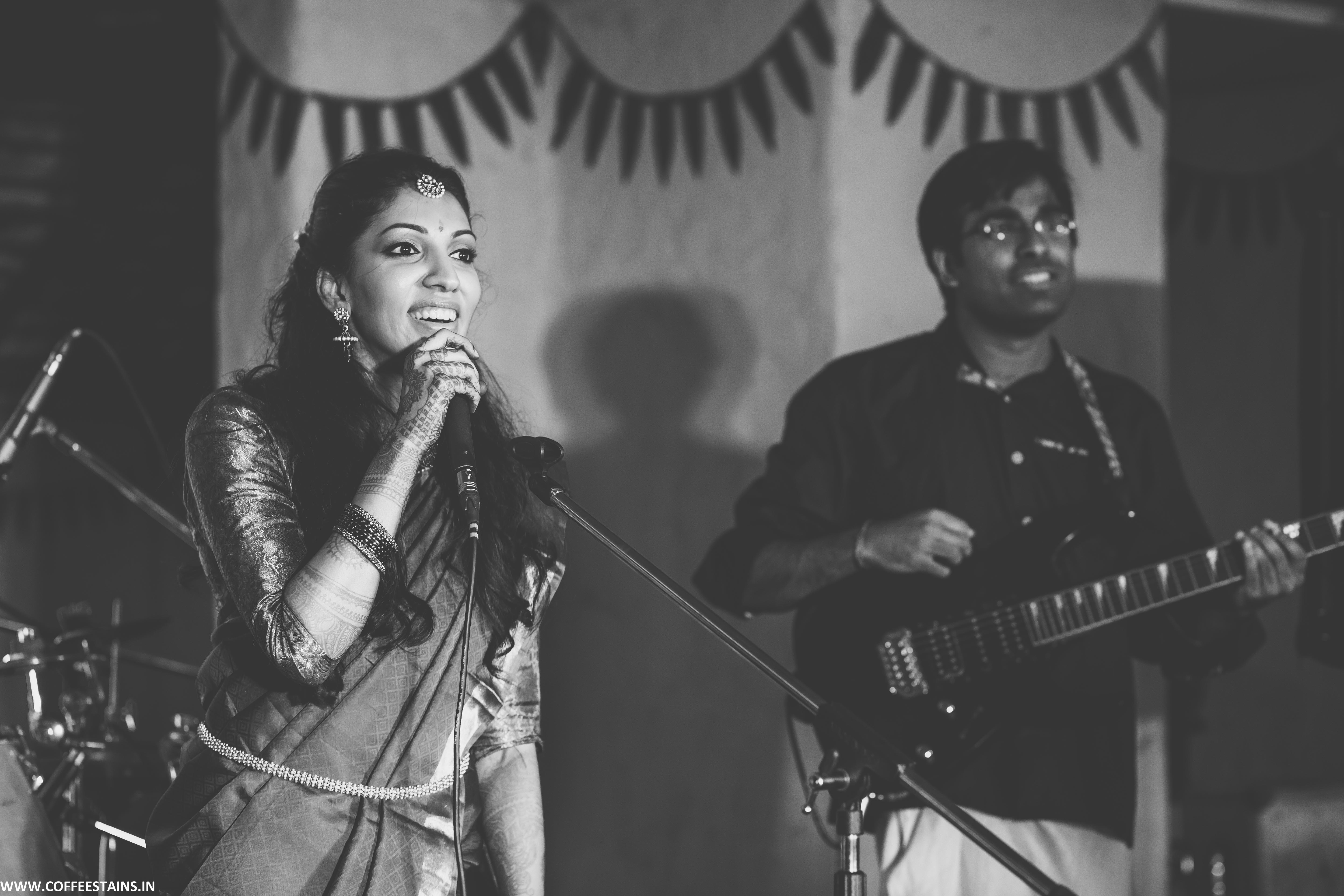 That’s not all. The honeymoon destination picked by this couple was the Everest Base camp, which was just as awesome as the wedding ceremony. 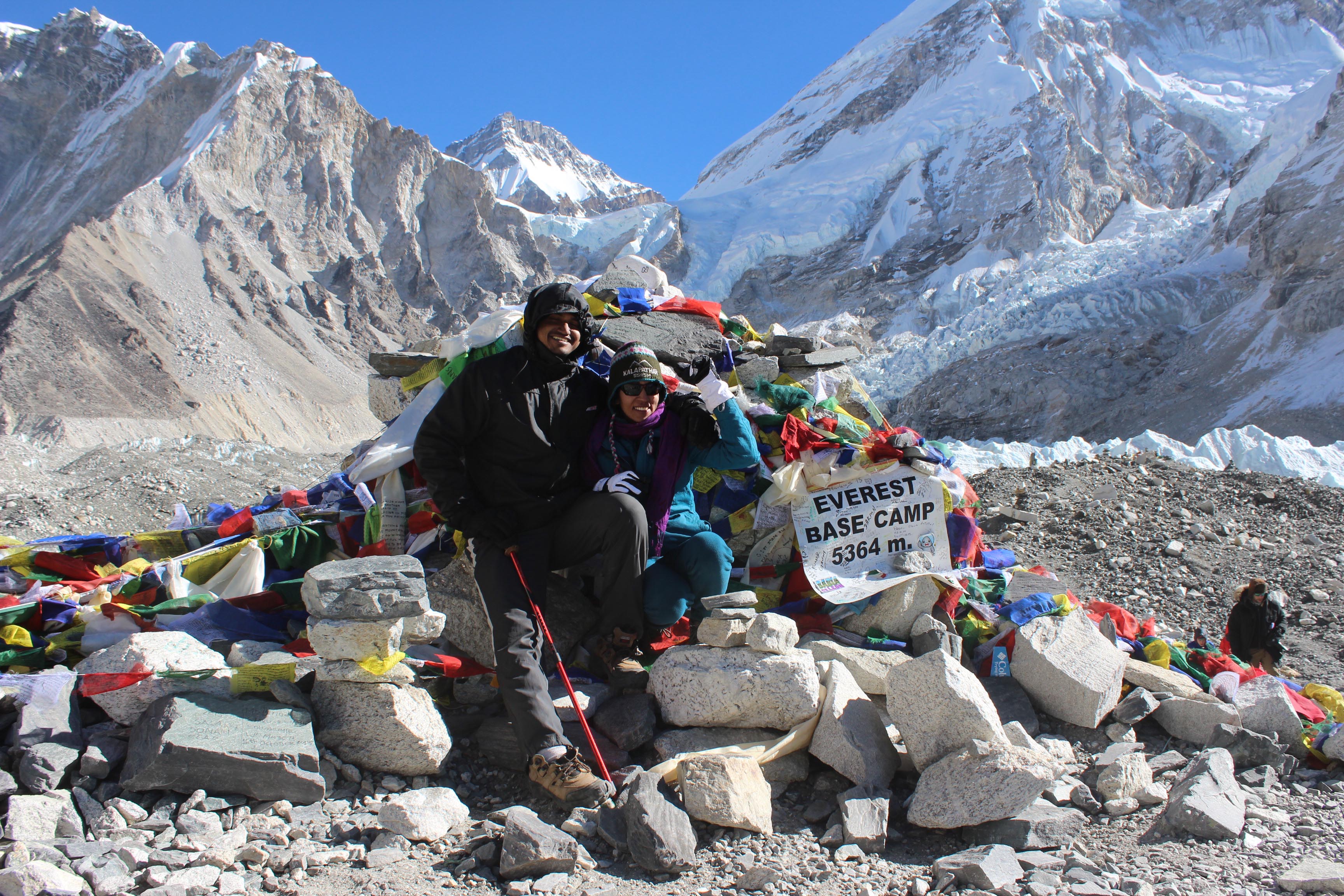 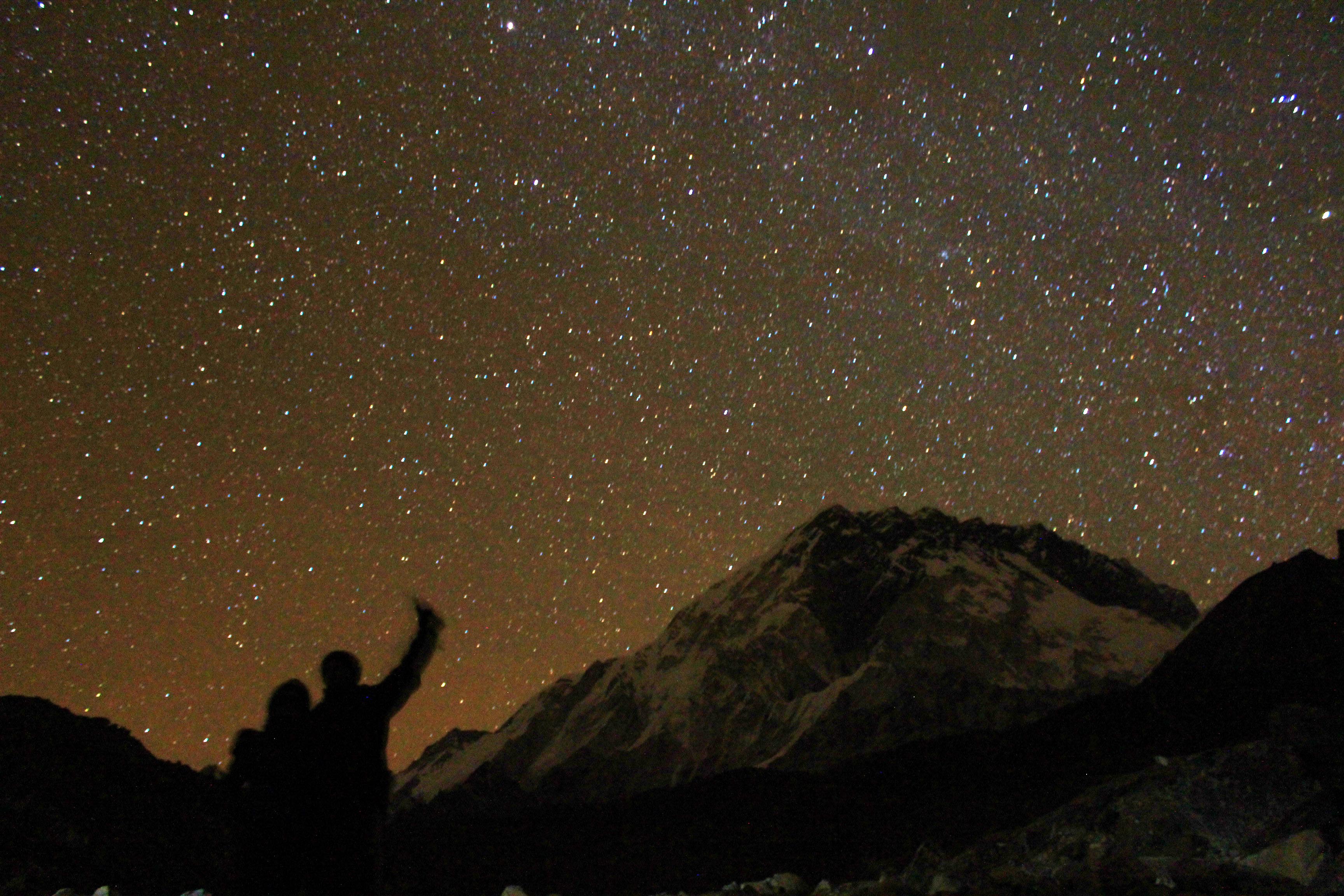 Now, these are some serious #WeddingGoals.