Traveller and blogger Lucy Hemmings traveled across the world before settling in Mumbai, India. She has spent some very eventful years in India, but not every experience has been pleasant. In a blog post shared on her blog, the 26-year-old talks about being masturbated at in an local bus, and how expats can be safe in the country.
Here is the unedited text from her blog Lucy’SmilesAway .
“A few days ago I was sitting in a bus stop in Mumbai, India. The local guy that I had paid no particular attention to moved closer. 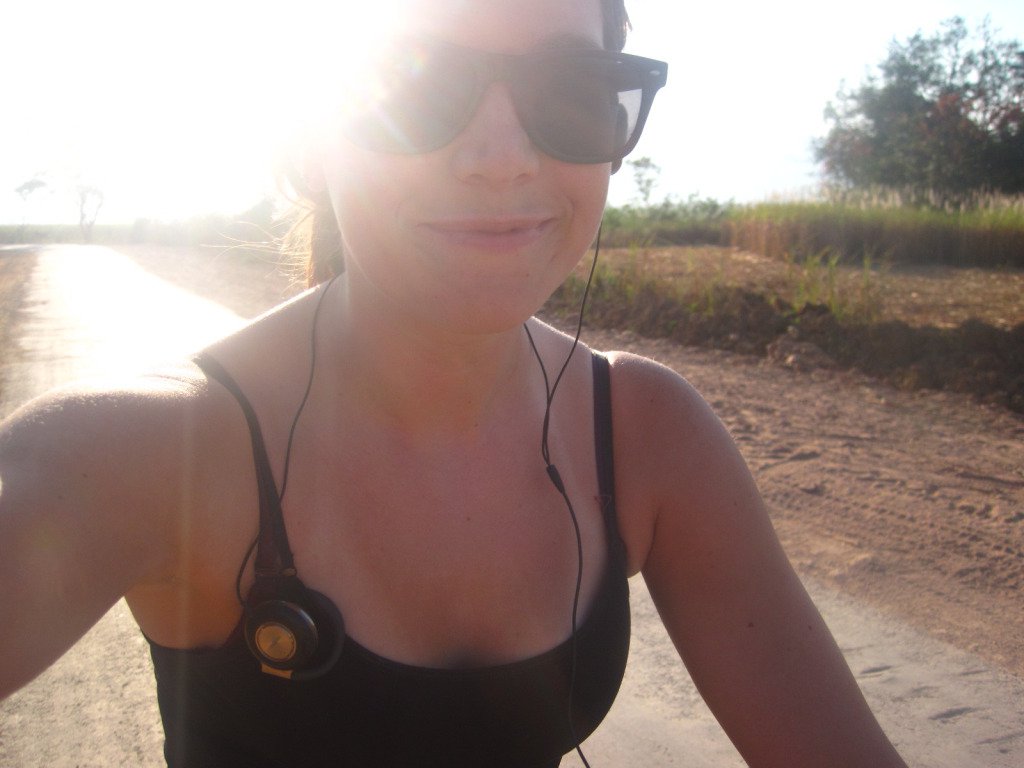 As much as I hate to admit it, this isn’t the first time it’s happened to me. In fact, chances are, if you’ve ever been to India, you’ll have bumped into at least one traveller who has experienced this sort of behaviour, or heard of someone else who it has happened to. I’ve spent countless hours with other travellers picking apart the men who do it; why they seem to think its okay, why dignity seems to disappear when there’s foreign female flesh on show. 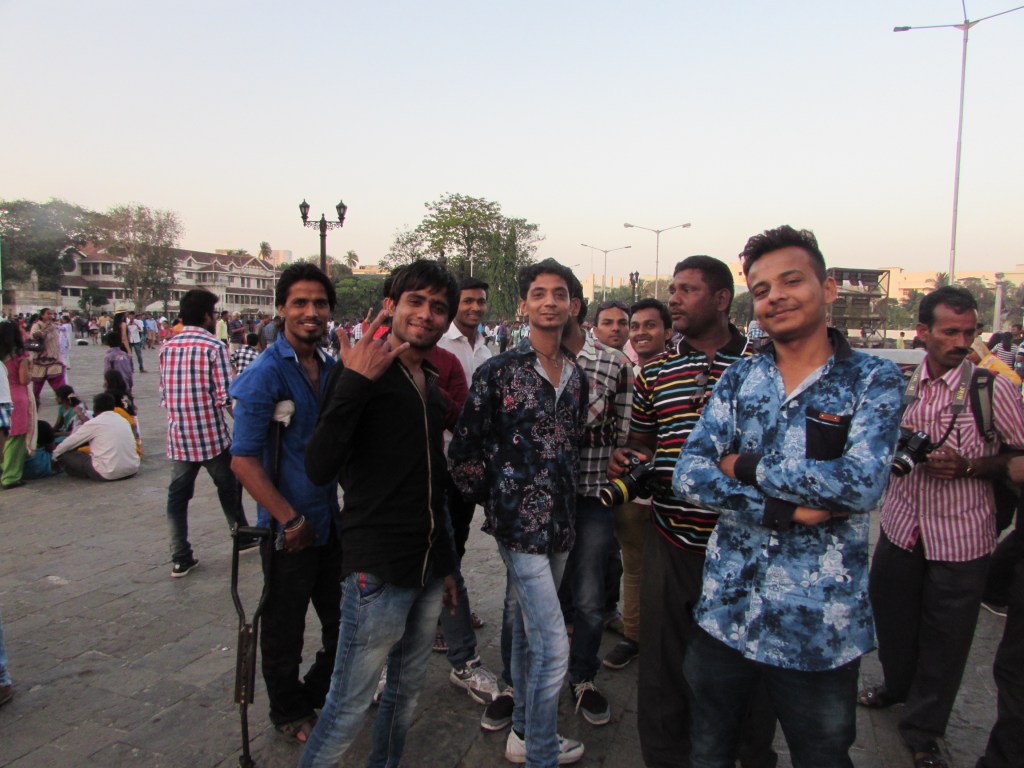 My horror quickly turned to hysterical laughter; Gemma and I screamed profanities, laughed and pointed. Laughing empowered me; I felt we sent a very clear message that we weren’t intimidated by him and that we thought he was pathetic. It was because of this that the next time a man masturbated in front of me (I was travelling alone at this point and in a train station) I felt perfectly comfortable laughing as loudly as I could, catching the attention of every person in that station, screaming;

“Look at this disgusting man! With his tiny penis out! How embarrassing!”

The man skulked off, I laughed for a while and that was it, I spent no more time thinking about it. Fast forward three years and to the man a few days ago. I’m not entirely sure why I felt so different, and why this time affected me so much. Obviously I’m a few years older and an ounce or so more careful, but I still feel like I’m the same free-spirited and optimistic person, why was this experience so difficult for me? 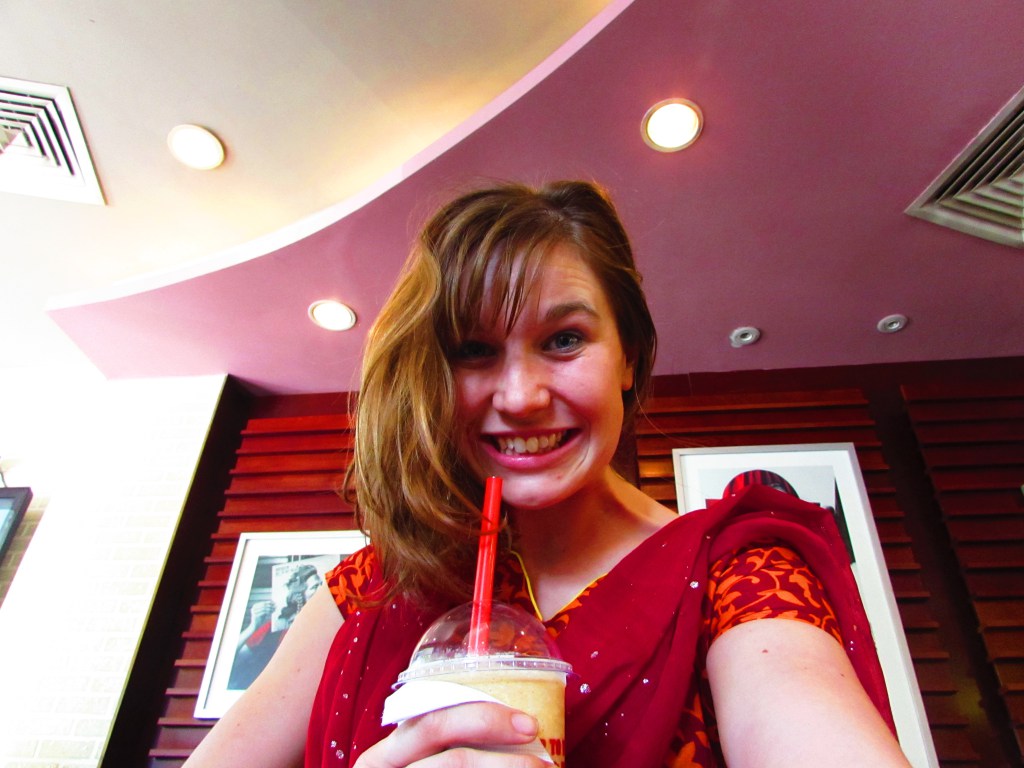 For days afterwards, I was nervous walking anywhere on my own, I stopped making eye contact at anyone in the street and I started carrying a pocket knife. I only ate in busy restaurants, sitting near families with children and I stopped smiling at any men, even the familiar faces of men who ran the guesthouse I was staying in.

After much, much deliberation and analysis of my own feelings, I realised I was angry for three reasons.

1. This man took away my freedom.

I LOVE that I’m a yes girl. I love that if an opportunity comes my way, then rarely do I think through the reasons why I shouldn’t; I say yes and I pack my bags. I follow my heart but I listen to my head. 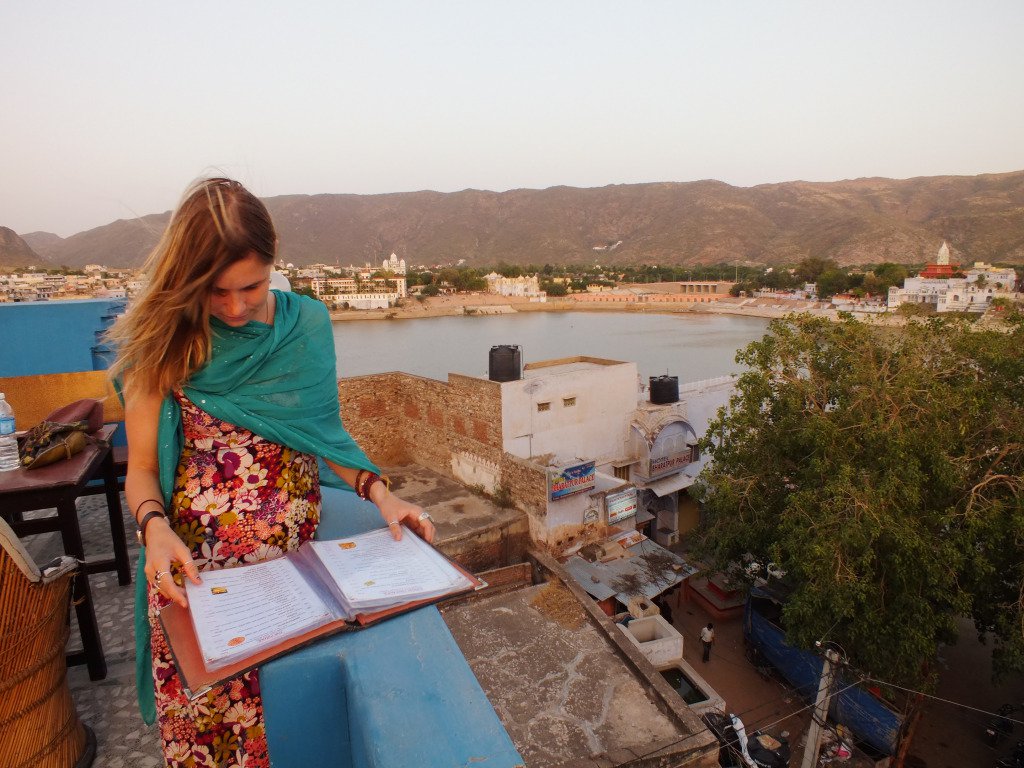 I love that I have so many stories that start with “Well, I got talking with this guy in a restaurant … and next we’re exploring an abandoned village!” or “Yeah, I met this couple … and next thing you know, I’m dancing in their wedding!” (Both true stories).

My adventurous and curious nature is something I hold so dearly as a part of who I am, but I felt like this disgusting, pervert of a man had snatched it away from me. For the three days following that experience, I have very little to talk about. I kept myself to myself and questioned decisions I had made in the past. Was I stupid to have taken what I would now call a risk?

2. He made me question whether I was right to defend India throughout the rape trials. And India in general, actually.

Throughout the widely publicised Delhi bus rape case, I felt like my love for India was constantly being tested. People in my local town who knew nothing more about India than what a chicken korma tastes like made scathing comments on what a filthy country it is and how wrong Indian culture is. 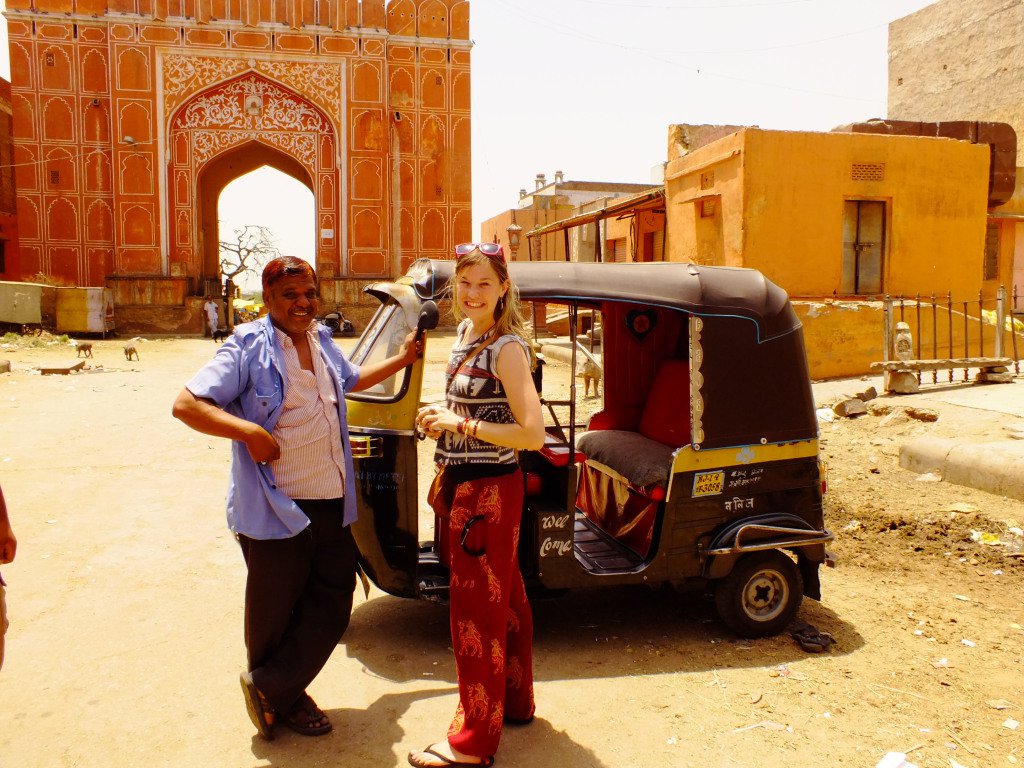 On a normal day, I am totally besotted with India; I’m so willing to talk of the endless reasons why India is without a doubt my favourite country to travel and I’ve recurrently made it my mission to convince others that they should travel there too.

Throughout the trial, I devoted ludicrous amounts of time explaining to idiots who frequented the bar I was working in why they were wrong and why this news story was only one minuscule aspect of life in India.

I was beginning to question these original feelings and wondering if the ‘minuscule’ aspect was in fact far more serious and prevalent than I had recently observed through my rose-tinted glasses.

3. I was playing by India’s rules — why wasn’t India playing back?

Throughout the day here in India, I cover myself completely. I usually dress in Indian clothes; a salwar kameez (a type of long tunic and loose trousers) even when it is swelteringly hot. I look at men wearing shorts with envy and wish I could put on my hotpants and bikini top.

On the rare occasion an opportunity to swim presents itself, I still wear long trousers and a long shirt, despite the fact that wearing clothes makes doing handstands really difficult (!) (Except of course in Goa, the Magaluf of India).

I was once in Amritsar, a city in the north of India to see The Golden Temple, the holiest place on earth for Sikhs, when an American girl walked past me in hotpants. I felt so cross that this girl was disobeying India’s customs. 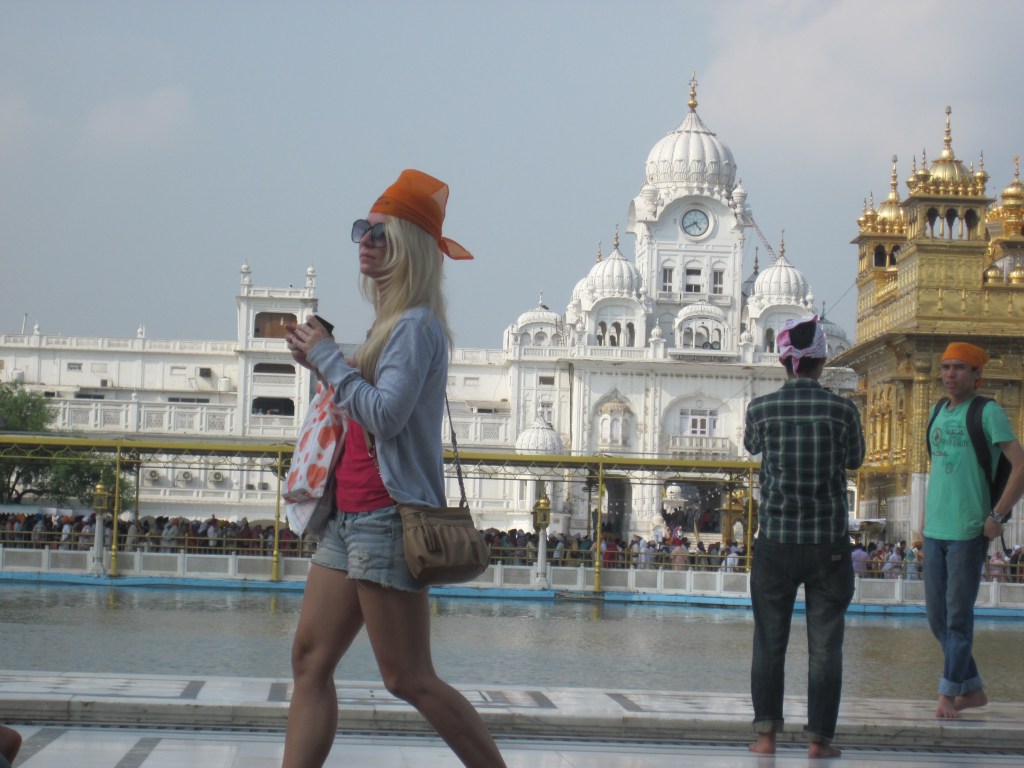 Anyway, my point is that I make a huge effort to fit in with Indian traditions when I’m here. Is it too much to ask for this man to wait 20 minutes until he’s home to do what he did?

I decided to put some feelers out for other people with similar experiences. I put up a message on a travel blogging community I belong to, asking if people had ever had comparable encounters. When I logged in the next day, I was horrified to see that it was happening to people every day.

One girl’s experience stood out the most to me; she was repeatedly groped during Holi festival in Varanasi, India and had learned that this type of harassment actually has a name — Eve Teasing. Yes, Eve as in Adam and Eve, referring to the ‘temptress nature of Eve’, and disturbingly placing responsibility on the woman as the tease. After I read her blog post, I could only imagine how horrible this was for her.

Scarily, this wasn’t just happening in India, in fact, in just one day, I had heard from over 45 girls who say they’d had experienced this in over 20 countries. I’d even heard from a handful of men who had been flashed at or groped. 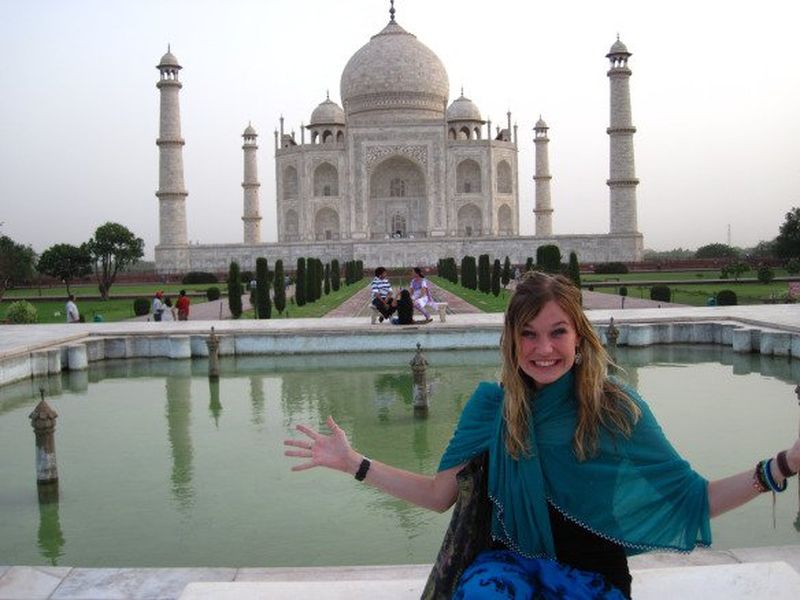 I hit the three-day mark of feeling uneasy, I decided I absolutely would not allow this man to make me feel this way. After I had gone through the three reasons why I had felt so frustrated, I felt slightly better. It seems knowledge really is power.

The support from others that had similar experiences helped too (though in a slightly depressing sort of way!). But in short, I think I just made a conscious decision not to allow this man to take who I am as a person.
As I said before, I love smiling at people. Why should I be made to stop now? There are far, far more incredible adventures that have come from smiling than horrible ones like this.