The Japanese once again proved that their workmanship and efficiency are top level. A 30m by 27m and 15m deep sinkhole opened up outside a busy railway station in the city of Fukuoka, damaging the road and threatening nearby buildings. However, it took only 48 hours to repair power cuts, restore gas and water supplies, as well as fill everything with 6,200 cubic metres of sand and cement.
According to the mayor Soichiro Takashima, the affected ground is now 30 times stronger than before. The workers involved in this engineering project have been praised by social media and everyone are happy that there wasn’t a single report of injuries. 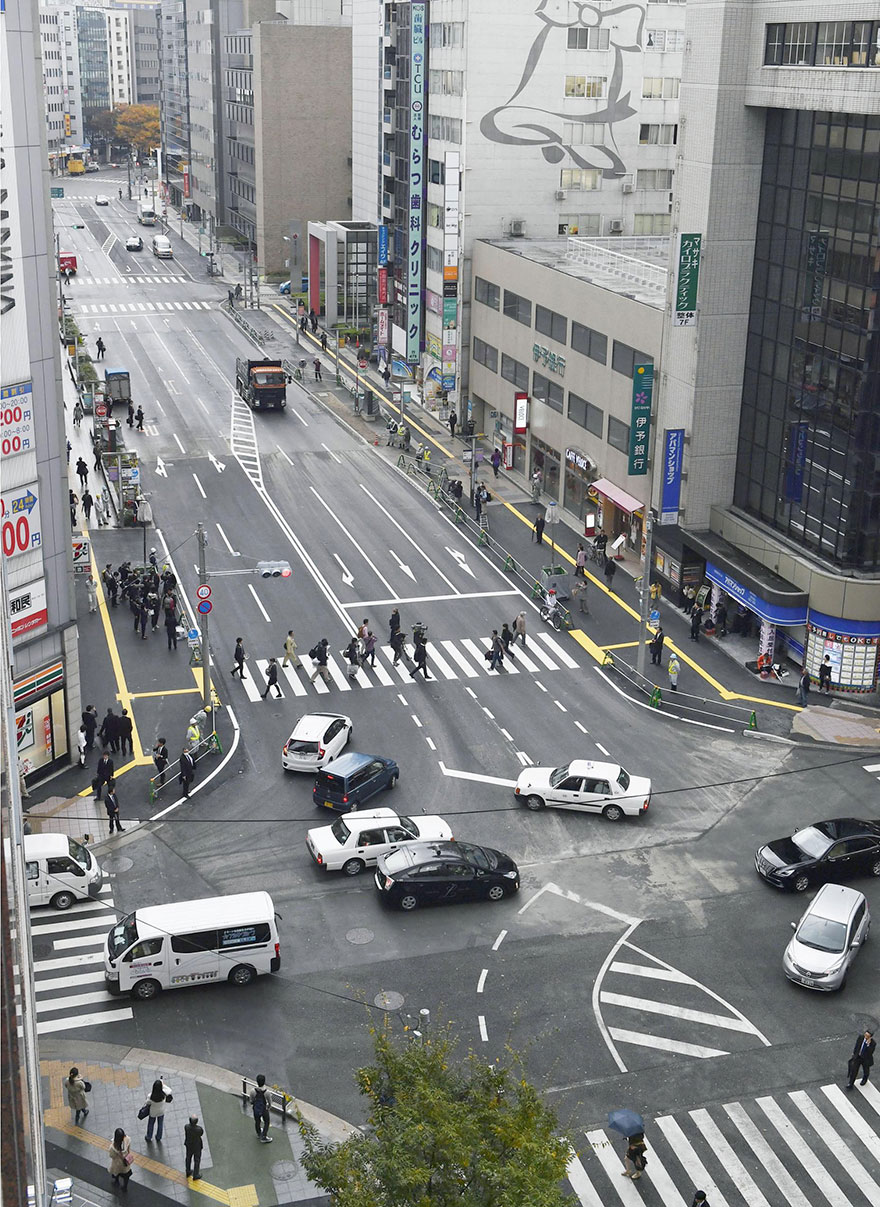 Footage of a 20m-wide sinkhole opening up in the centre of the south-western Japanese city of Fukuoka shows street lights, signs and large sections of pavement and road falling into the gaping pit as rushing water and loud bangs can be heard.

The sinkhole formed in front of the main railway station shortly after 5am, causing gas leaks and prompting evacuations.