An educated woman is mature enough to understand the consequences of having physical relations with her partner and such cases will not fall under the ambit of rape, the Bombay High Court said on Thursday. 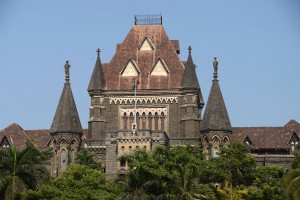 Justice Mridula Bhatkar said this while granting anticipatory bail to a 25-year-old man from Solapur. The man’s anticipatory bail plea that said that while he was in a relationship with a 24-year-old woman from Mumbai, he broke up with her later. But the woman lodged an FIR against him on charges of rape, cheating and criminal intimidation.

According to the woman’s lawyer Aniket Nikam, the couple met in March 2015 and fell in love. “The boy on the false pretext of marriage forced the girl into a physical relation. When the girl conceived in May 2015 the boy forced her to get an abortion and later ended all relations with her,” Nikam said.

The court was, however, of a different view. And before you jump the guns over hearsay, we suggest you read what she said:

“In such matters, I am of the view that it is consensual and hence, bail should be granted.”

“You (woman) are a major, educated, and you have a choice of saying no. But if you did not say no at the time, then it will be considered as mutual consent.”

“When she (the woman) says yes, then it becomes mutual.”

“I know our society has certain taboos. But if you consider western culture then this is consensual. This is not rape.”

With inputs from Hindustan Times