Why do those whom we used to love but with whom we later broke up (regardless of whose initiative or fault it was) sometimes come back? That man who broke your heart a year or even five years ago, from whom you walked away in tears either of hatred or of forgiveness is impossible to forget. Such people are no different from when you have an operation and you still carry the scar to this day. He made it clear to you at the time that it was all over. Why is he coming back into your life? Once a month, or maybe every six months, you get a little message from him: a text message, an e-mail, a phone call. He wants to know about your life, boast about his successes, invite you to the cinema, get laid, or send you back to hell again. 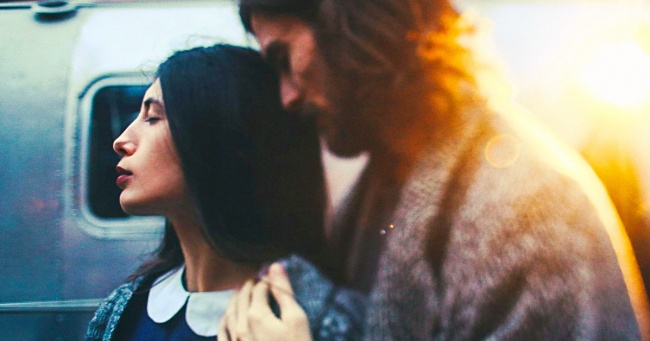 I don’t understand. For what seems like all of my life I’ve been feeling like I’m dying of confusion. and I’m not the only one who’s suffering here — he’s been married ten times, I’ve had two husbands, all the bad stuff has been put out in the open; all the apologies have been said. I became indifferent to it all a long time ago, yet it still hurts me. So it goes, darling, everything comes down to that contradiction: I became indifferent a long time ago, yet it all still hurts me.

Doesn’t sound convincing? Well, those are my feelings. When we’ve fallen in love, we open our hearts — and that’s a one-way channel to a huge amount of information which becomes impossible to block. And everyone, even the one’s who didn’t treat me right and now are in no way dear to me, still has access to this channel. And each one of them will occasionally dial my number to ask: “Do you want to go to the cinema?“ And I answer: ”No, I don’t. I wanted to live with you for half a century, give birth to a boy who looked like you, and die the same day, all with you. But now I don’t even want to go to the cinema“. Well, usually I say aloud only the first three words, but we both know that the conversation is really only about one thing: he’s calling to ask “Did you love me?” And I answer: ”Yes“. Yes, my dear; yes, you bastard. I always say ”Yes“.

I became indifferent a long time ago, yet it all still hurts me. I still have to cough up my heart after each of these phone calls. I don’t know the way to make these people stop tormenting us. You can be polite to them, you can yell at them or just not pick up the phone, but in every case, your action (or inaction) he still hears the answer to his question: “Did you love me?” — “Yes“. Only those whom you didn’t love can ever manage to leave you alone. More precisely, you don’t even notice their calls. And so the conclusion inevitably becomes, and I don’t like it. Perhaps, I should send the important ones a text message once a month myself? After all, it wouldn’t cost much, and I would get a bit more piece of mind, if I just wrote: ”I loved you.” Calm down.’