Adele is one of the fastest-selling musical artists of all time, so it’s pretty safe to assume that quite a lot of people like her.
Scammers, however, do not, as one guy recently discovered when he decided to troll a Facebook trickster with lyrics from the British singer’s number one hit single “Hello” (although “Trolling in the Deep” would probably have been more appropriate). And as you can see, the scammer didn’t take it too well.

The hilarious exchange was uploaded to Reddit by Danish user sebastiankirk (real name Frank Flemming Jensen) after a woman on Facebook tried to seduce him, and since then it’s been viewed more than 300k times. See the full conversation below. 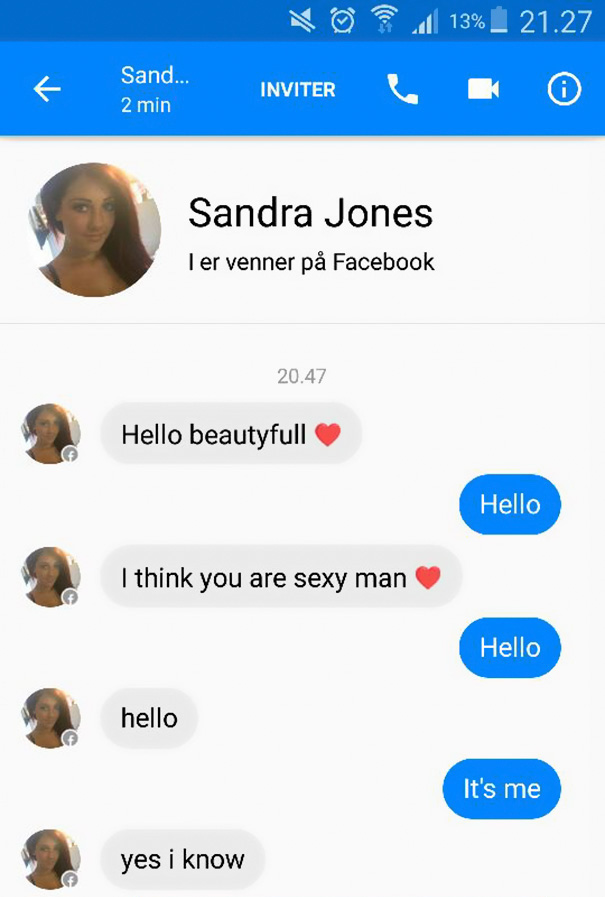 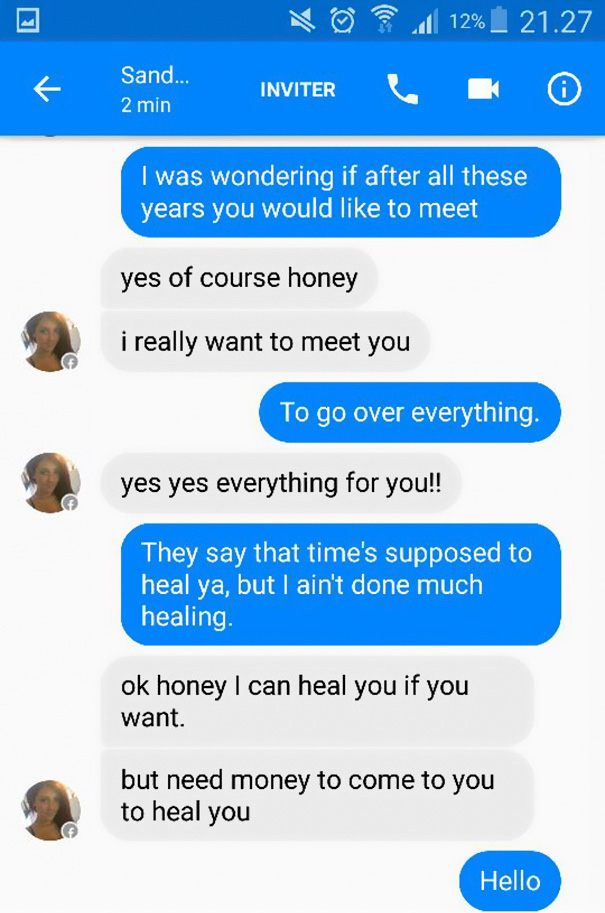 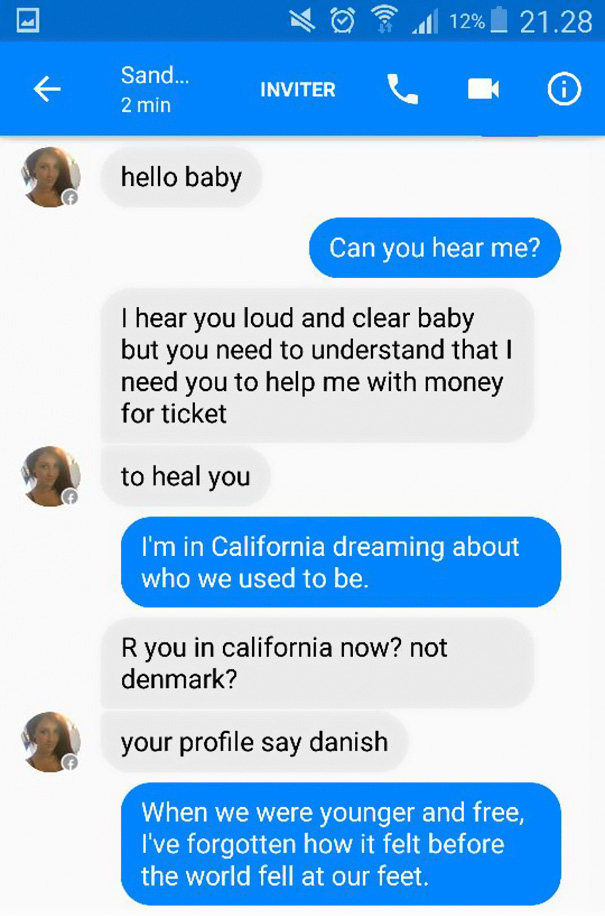 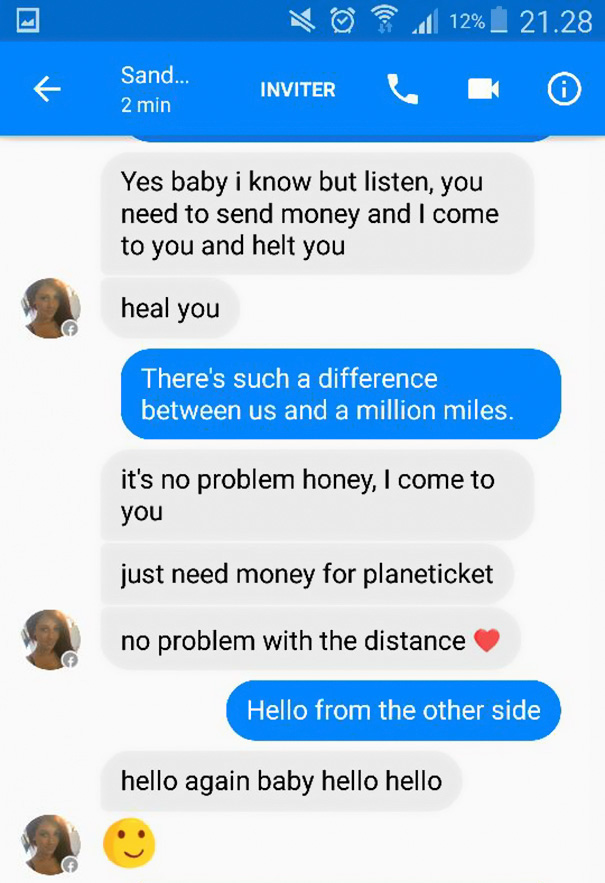 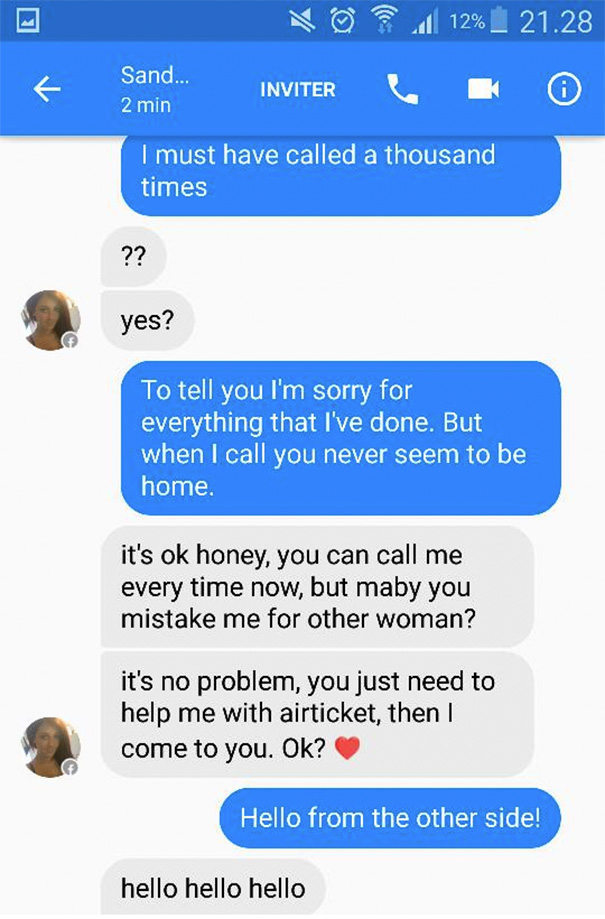 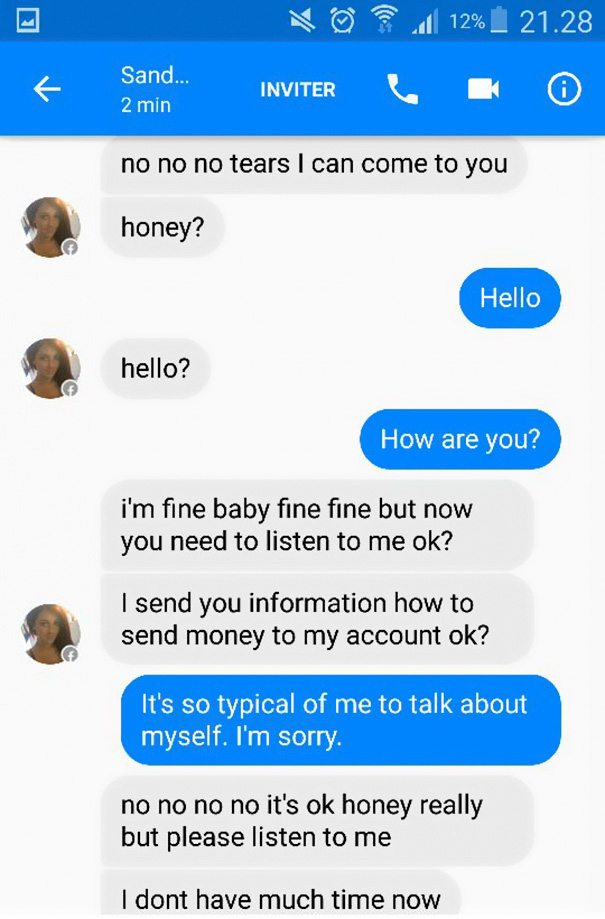 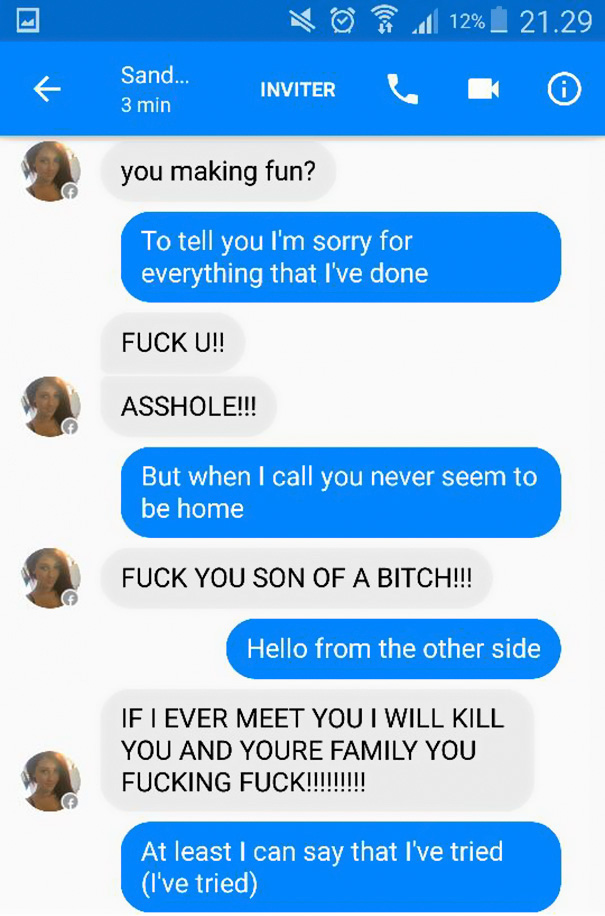 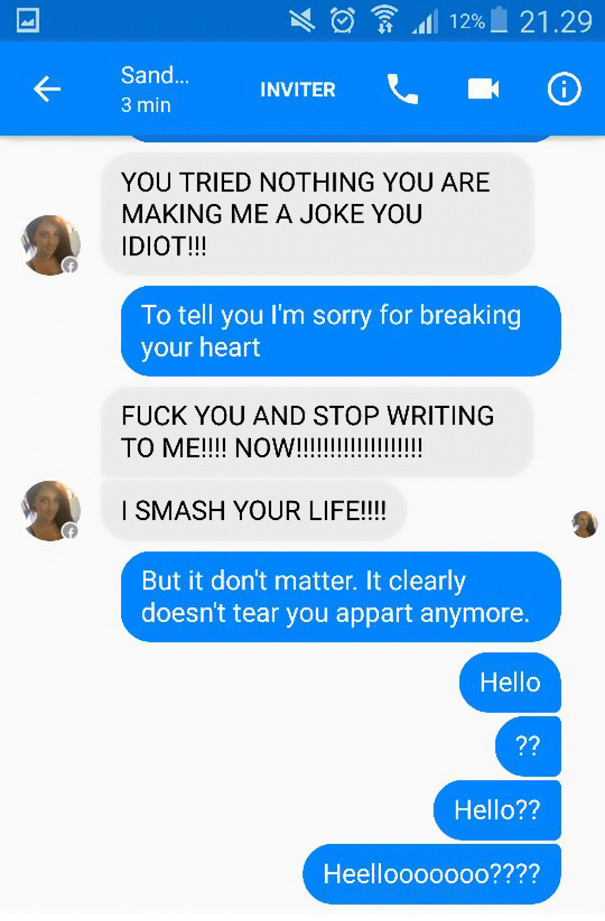