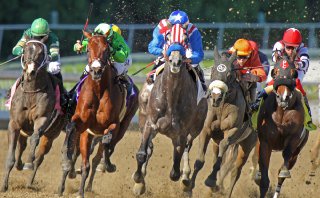 When we talk about the biggest horse races in the world, the Breeders cup should be in the top three places. Such races have always attracted many viewers and spread the word about horse racing all around the world.

As we approach the date of the Breeders’ Cup, the major horse race news outlets start lining up some major headliners to become the winner of the competition.

This year is the 39th edition of the Breeders Cup Championship and will feature the best thoroughbreds from around the world.

One of the things that make these championship races so exciting is the unpredictability of the races, which brings up the excitement to a different level.

With the Breeders cup 2022 date approaching fast, here are some things you should know about this event.

History of the Breeders’ Cup

It all started when John R. Gaines proposed the creation of a new tournament at the Kentucky Derby awards in 1982. Even though he appreciated races like the Kentucky Derby he felt that the sport needed to grow a more international audience.

Back then, the horse racing community didn’t like the idea of another major competition and was pushed back.

However, Gaines was stubborn and continued his mission after gathering support from icons like John Nerud. Finally, he formed the first Breeders’ Cup race in 1984 at the historical Hollywood Park. Since then, the race has gathered much attention from the horse community and now features thoroughbreds from all continents competing for a prize purse worth $31 million.

When is the Breeders’ Cup 2022 Scheduled For?

This will be the third time that the Breeders’ Cup takes place in Lexington and the second time in three years.

Many people expected to see Keeneland host another big race after we saw American Pharoah becoming the first Thoroughbred to win the Triple Crown and the Breeders Cup Classic in the same year. This unofficially is called a Grand Slam in horse racing.

This year, the competition is scheduled for the 4th and 5th of November, and there are 14 races where the best thoroughbreds will compete.

Even though there is plenty of horse racing action there are some races that are more popular than others. With that said, let’s highlight the races that get the most attention in the Breeders’ Cup.

There is no doubt that the most anticipated race from the championship is the Breeders’ Cup Classic, which also features the highest prize purse of 6.1 million dollars. This makes it one of the richest races in the world, and over the years, this race has grown to become the unofficial fourth leg of the Triple Crown races called the Grand Slam.

The second richest race with a $4 million prize purse is the Breeders’ Cup Turf and it features a 1.5-mile race course that is mostly dominated by European horses.

This is a dirt race and only features male horses that are two years old. The prize purse of this race is set for $2 million, and it is one of the richest races for two-year-old horses in the world.

How do Horses qualify for the Breeders’ Cup?

There are a series of races throughout the year that is called “Win and You’re In”. These races are held all around the world and every horse can participate in them. Horses that managed to get a good result in some of the races are invited to race in the Breeders’ Cup.

Painting by numbers – The story of the horse painter