Meet Kylo, the rescue doggie who feels so grateful for being saved from a shelter, he just wants to snuggle and hug his human mom the moment she steps into their house. “As soon as I sit down to take off my shoes he climbs into my lap to be held,” Meghan Sweers, Kylo’s new owner, told The Dodo. “If I don’t sit down for our cuddle time he follows me around with the saddest most pathetic look on his face until I give in and hold him.”

But it wasn’t always like that – when he was just 10 months old, Kylo was surrendered to the shelter, and, once pulled away from it, spent ages at a foster home with no one showing interest in the goofy dog – until Sweers and her husband showed up.

Kylo’s first night at their home went absolutely perfect. “He crawled into my lap, tucked his head under my chin, and started snoring like a chainsaw,” Sweers said. “From that moment my husband and I knew he was staying with us!”
Kylo the hugging dog is so grateful for finding a loving forever home, he gives love to everyone he meets now. “He wins people over a bit forcibly… by climbing into their lap and falling asleep.”

Meet Kylo, the rescue who can’t stop hugging his owner for saving him 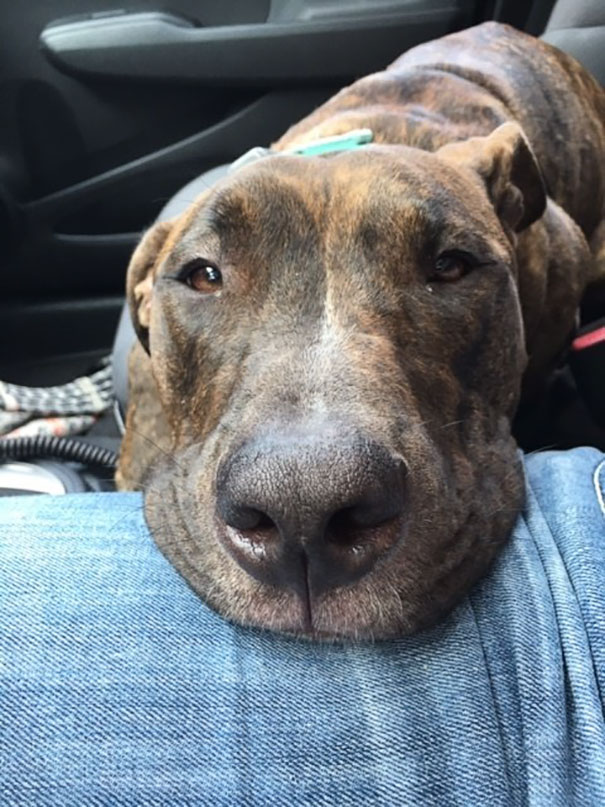 Every day when she enters the house, Kylo demands some snuggles and hugs 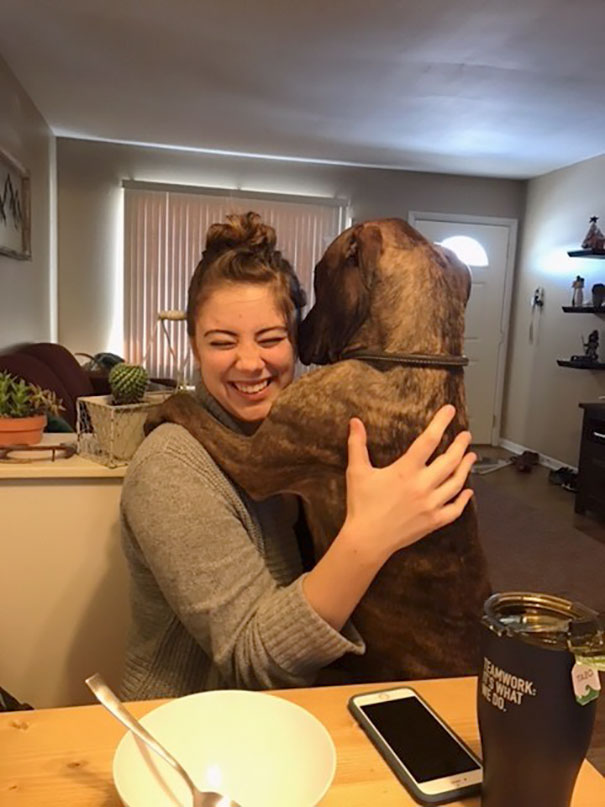 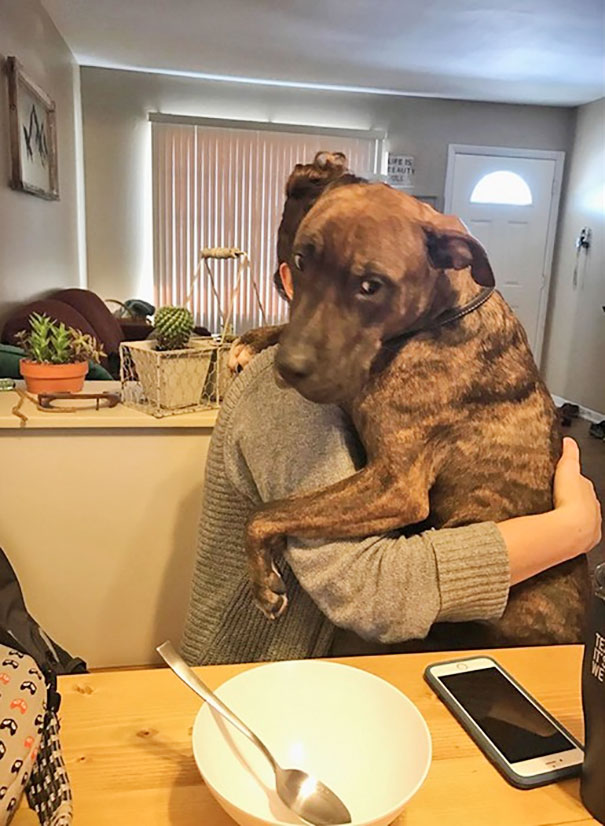 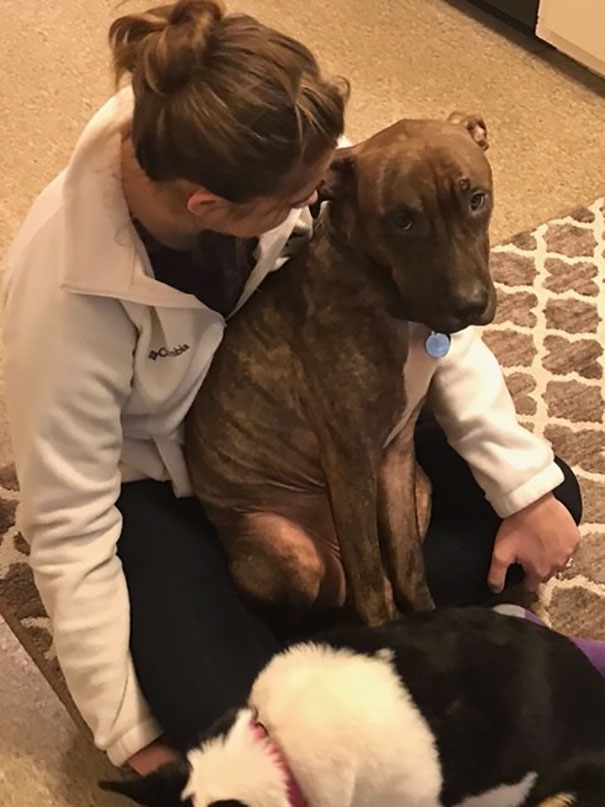 Meghan Sweers rescued the doggie from a shelter a year ago, when he was 10 months old 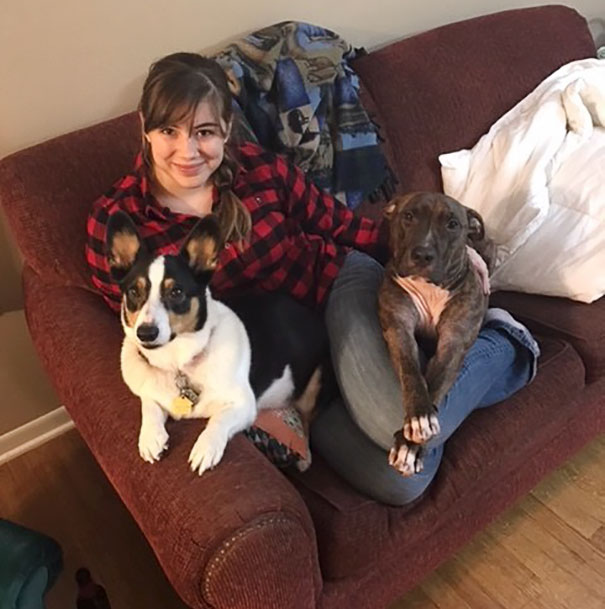 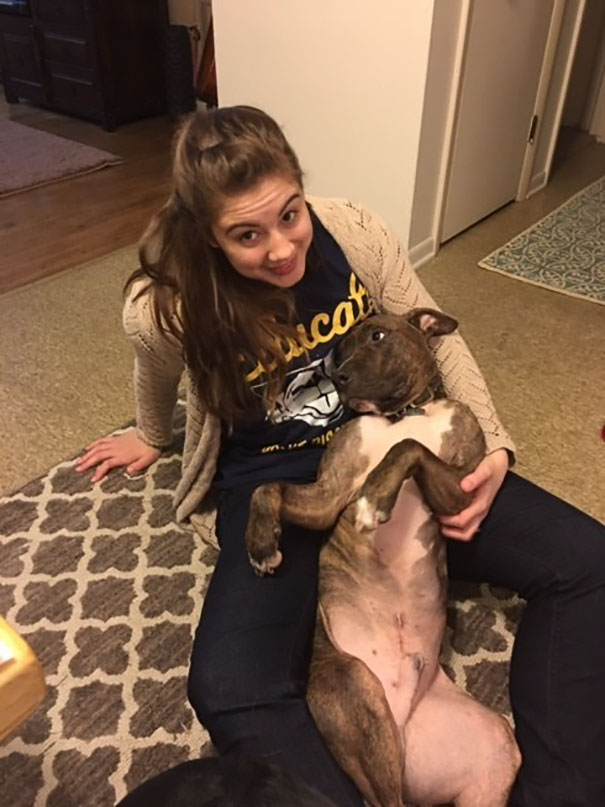 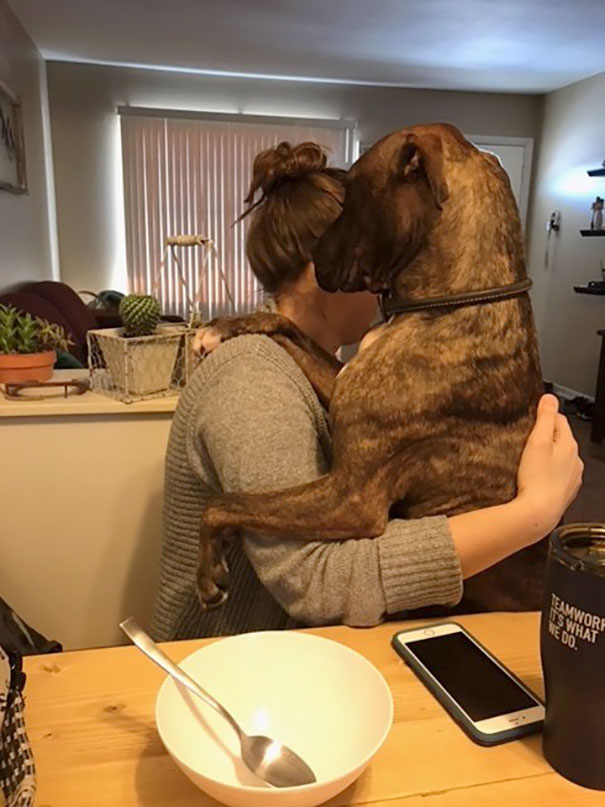 In everyday life, several disciplines of mathematics are required. Geometry, algebra, calculus, and many more such topics play an instrumental role in solving the...