While many in the audience loved the scene, some detested it calling that sequence unacceptable and cheap. 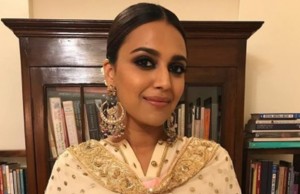 Ira Bhasker indirectly commented on the sexual connotations in Veere Di Wedding. “Let me begin by saying that sexuality per se in Indian cinema is not a subject that has been directly expressed. At the same time, historically, our cinema is unique in the sense that it has developed, over the years, a very complex and refined idiom on eroticism. And that idiom is the song,” said Ira.

She further added, “A lot of things that can’t be addressed directly can be addressed through the song. Be it the Hindi film song, or the Bengali film song. Malayalam or Tamil. You don’t find this anywhere else—as a fundamental and defining feature of the form itself. A lot of the articulation was done through song. Emotional articulation. Articulation of what is tabooed. Sexuality and eroticism.”

Stating more examples, “Just think of Mughal-e-Azam: in that song Jogan Ban Chali, that word jogan actually is Meera—the one who has renounced the world for her