When a McDonald’s restaurant in Somerville, Massachusetts advertised their latest deal on their billboard (two egg muffins for $5, in case you were wondering), little did they know that this seemingly innocent act was actually the catalyst for WAR! Or maybe they DID know. Whether or not they were looking for a fight, they certainly found one in the name of Sav-Mor, a local liquor store with their own billboard and plenty of alphabet ammunition.

“Three egg muffins for $4,” read Sav-Mor’s sign shortly after McDonald’s put their advert up. That could have been the end right there. McDonald’s could have walked away, graceful in defeat. But no. Nobody makes a clown out of McDonald’s! Except for, well, Ronald. Obviously. Scroll down to see for yourself how the ensuing fight unfolded. 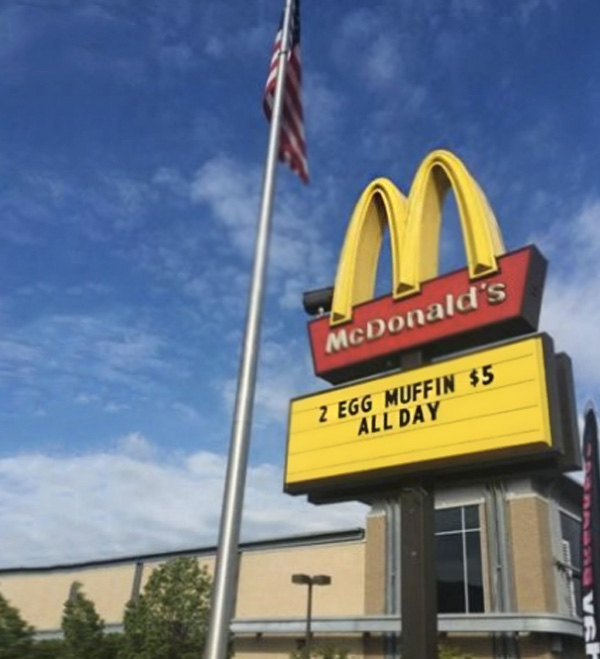 But Sav-Mor the liquor store saw it as a sign of war! 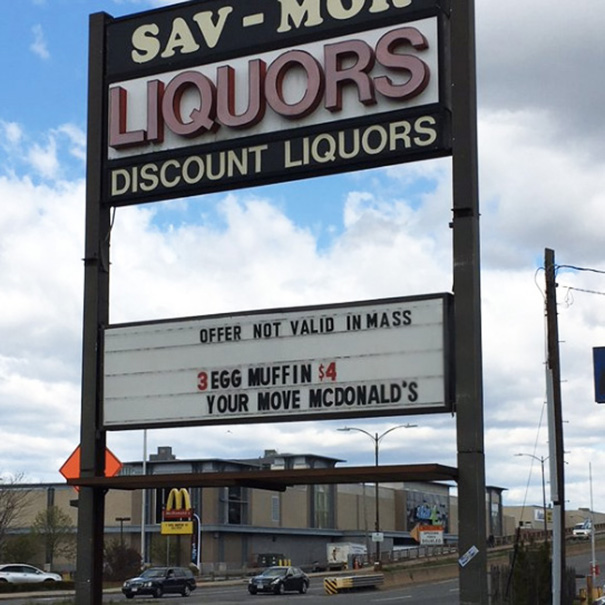 McDonald’s could have stepped away then. They could. But they didn’t! 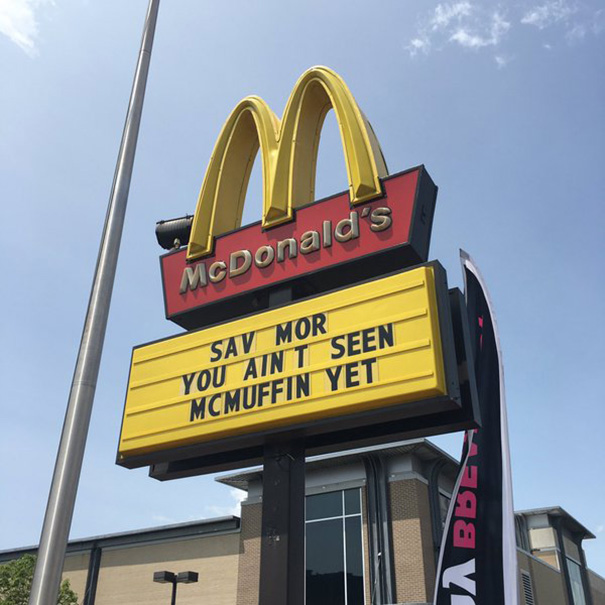 And that’s when things began to get personal

And that’s when things began to get personal 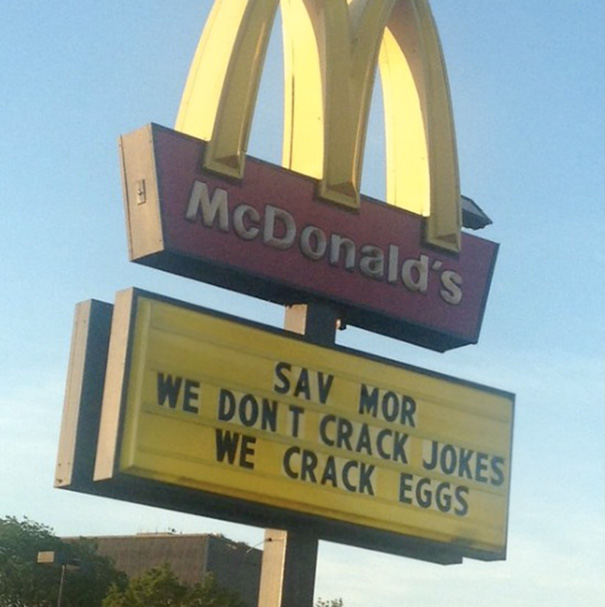 The only question is, who will back down first?