Tokyo has earned the name of one of the most futuristic cities in the world with its otherworldly architecture and nightly neon glow. But Polish illustrator and digital designer Mateusz Urbanowicz has seen a different face of the city and has decided to share it through a watercolor painting series of the Tokyo storefronts.

“When I moved to Tokyo, more than 3 years ago I was really surprised that upon my walks I encountered so many shops still in business in really old buildings. Differently to Kobe, where the earthquake wiped out a lot of these old downtown houses and shops, in Tokyo they still survive,” says Matto (Mateusz’s nickname in Japan). “I chose the best reference pictures from the ones I took during my explorations and decided to make an illustration series of old Tokyo storefronts.”
In his illustrations, Mateusz doesn’t bring the mesmerizing contrasts of Tokyo, instead, he depicts the quiet and ordinary parts of the city, showing us this metropolis through the eyes of locals.

Inspiration can always be found around us—and for Polish artist and illustrator Mateusz Urbanowicz, his inspiration comes from the many traditional shop houses and storefronts that can be found in Tokyo.

Urbanowicz moved there three years ago, and was surprised by the many shops that were still in business in these run-down buildings.

He wrote: “Differently to Kobe, where the earthquake wiped out a lot of these old downtown houses and shops, in Tokyo they still survive.”

Inspired by these sights, he started an illustrated series titled ‘Tokyo Storefront’ that pays tribute to these charming storefronts. 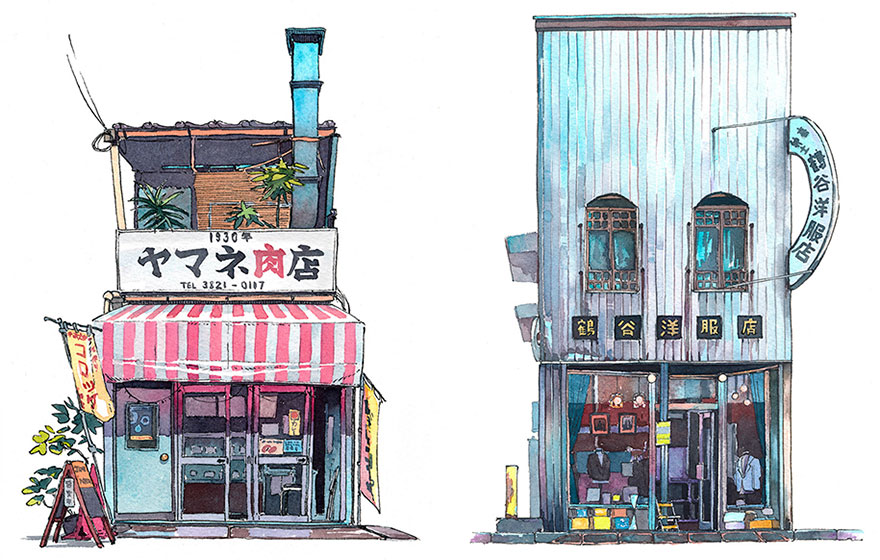 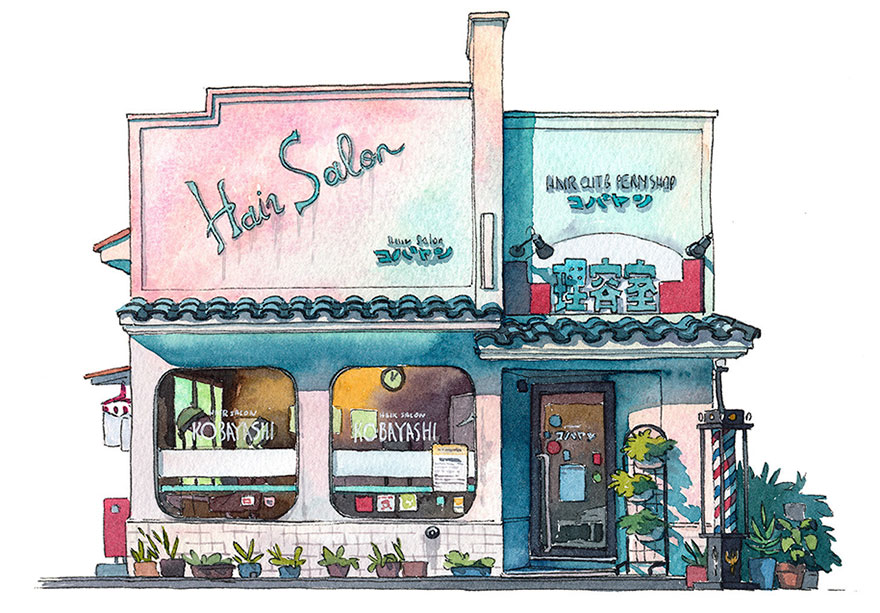 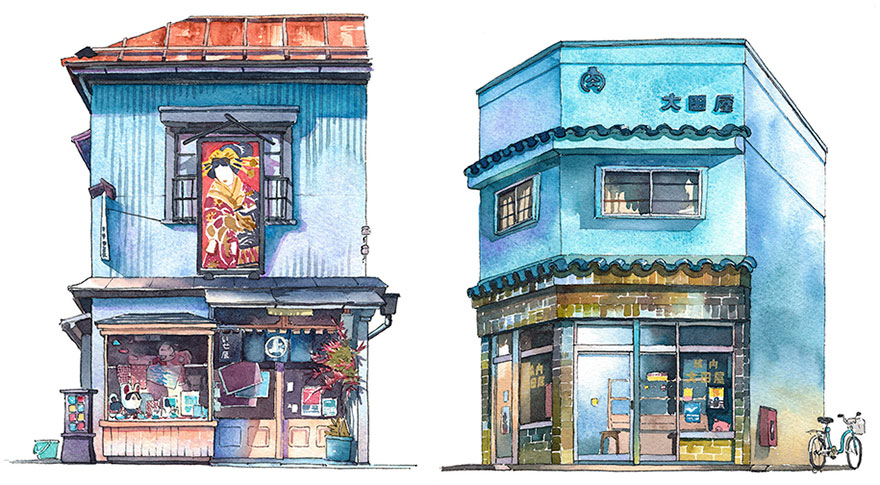 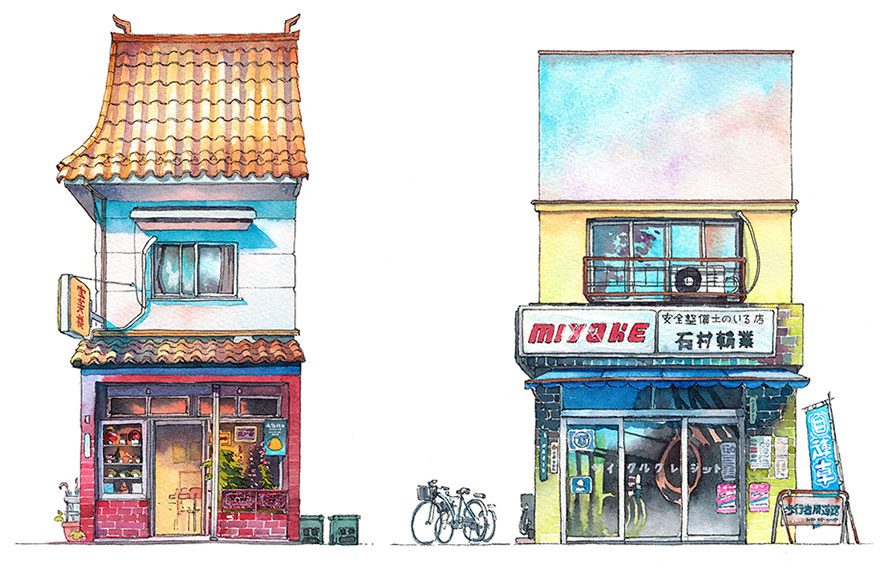 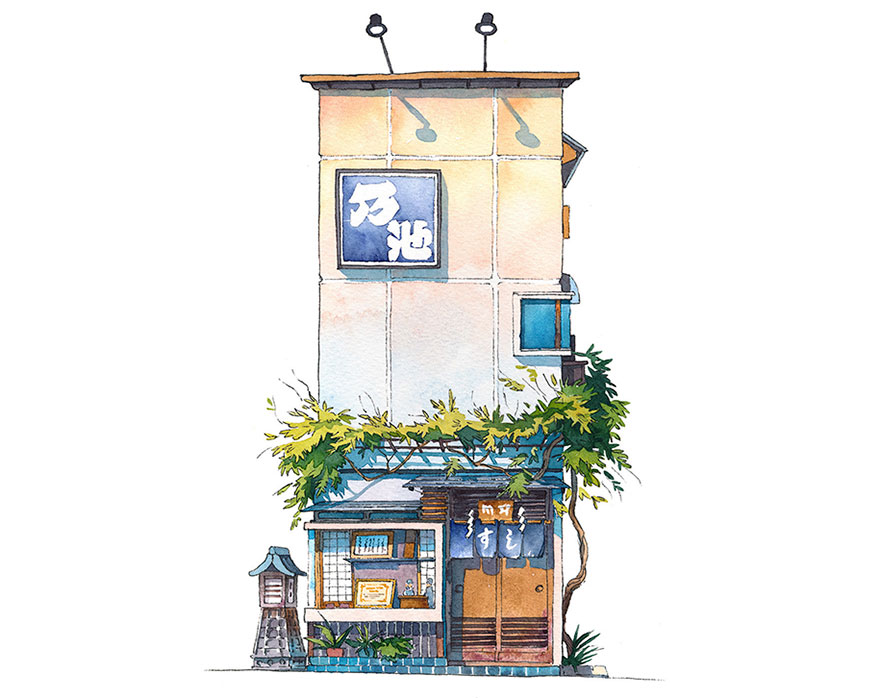 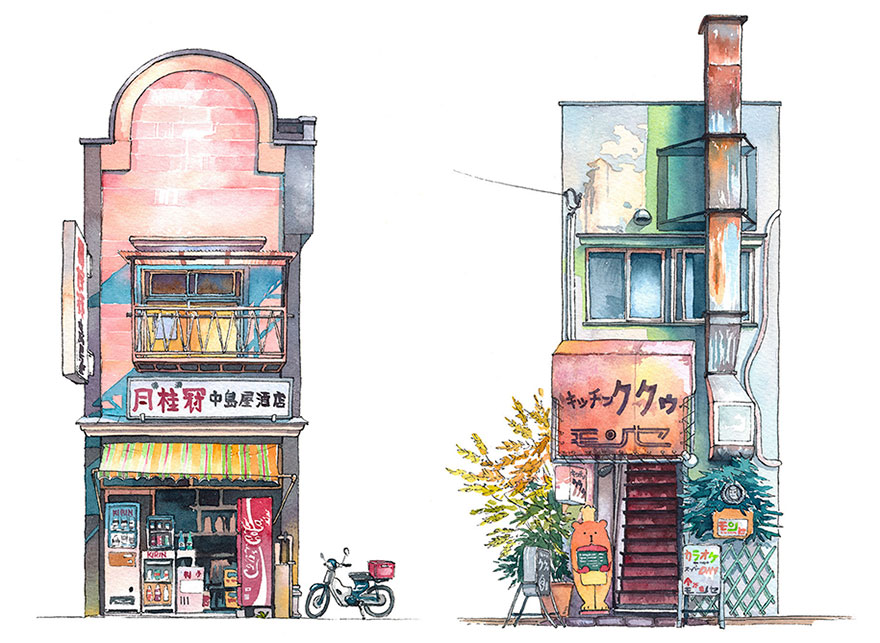