In a shocking response to an RTI query, the Ministry of AYUSH has said that it didn’t hire Muslims as trainers for World Yoga Day ‘as per government policy’.

A journalist had filed the RTI query asking for the number of Muslim candidates selected for the position of trainers for short-term assignments during World Yoga Day and the total number of candidates hired, reports The Milli Gazette. 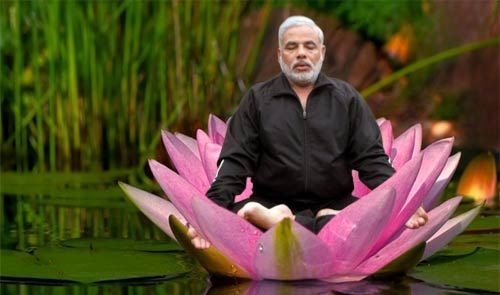 In reply to the query, the Ministry said that out of the 711 Muslim trainers who had applied for the short term abroad assignment, nobody was selected.

Also, out of the 3,841 Muslim candidates, no one was hired for the position of Yoga trainer or teacher till October 2015, the report adds. 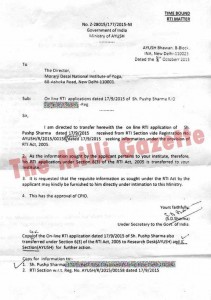 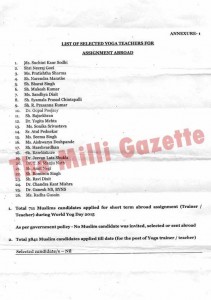 The reason stated by the Ministry says ,“As per government policy – No Muslim candidate was invited, selected or sent abroad.”

Commenting on the blunt reply, the journalist accused the Modi government of having a communal agenda which is raising the level of communal hatred in the country to a high level in government corridors as well, but it is difficult to prove it.