For those of you new to Anderson’s work, she’s the artist behind the “Sarah’s Scribbles” web-comic, and she publishes one semi-autobiographical comic every Wednesday and Saturday. Andersen graduated from the Maryland Institute College of Art in 2014, and recently published a collection of her comics.

Meeting up with your cutie? Well, in a long-term relationship those nervous butterflies vanish in favor of comfort. What’s the point of getting all dressed up when you know they’re forced to love you regardless? What this basically translates to is sweatpants all the times, forever and always. 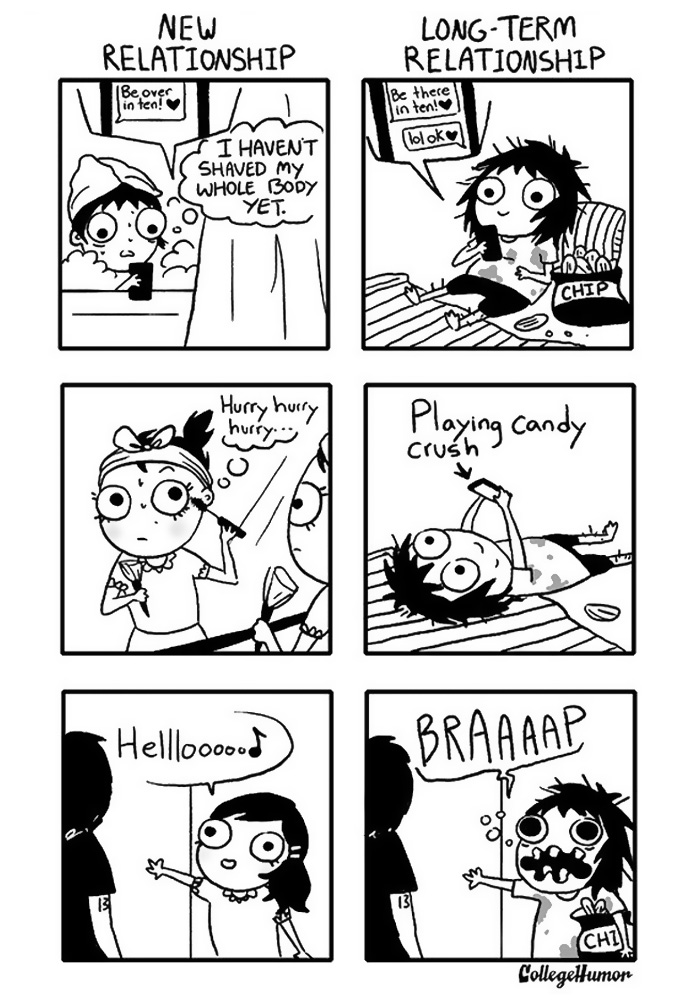 As a general rule, cuddlings is great, but lying next to another human being for hours at a time can have its own discomforts. I, for one, am guilty of this particular move. 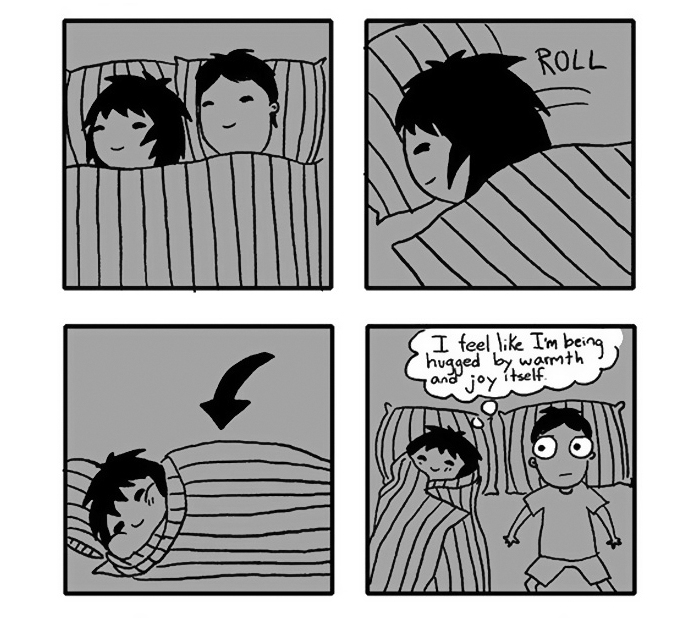 Dinner dates can be awkward in beginning. Eating in front of someone when you’re nervous is particularly nervewracking. But don’t worry, the more time you spend with someone, the more comfortable you’ll get about stuffing your face. 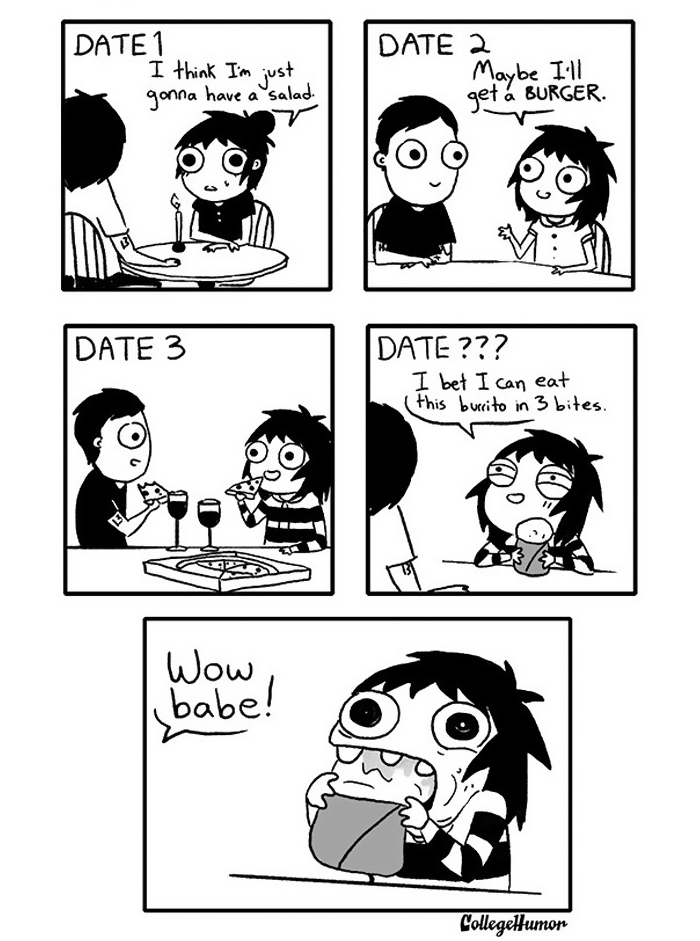 When you’re constantly with someone, you start to develop a language of your own. Over time, your communication with your partner might deteriorate into silly garble. 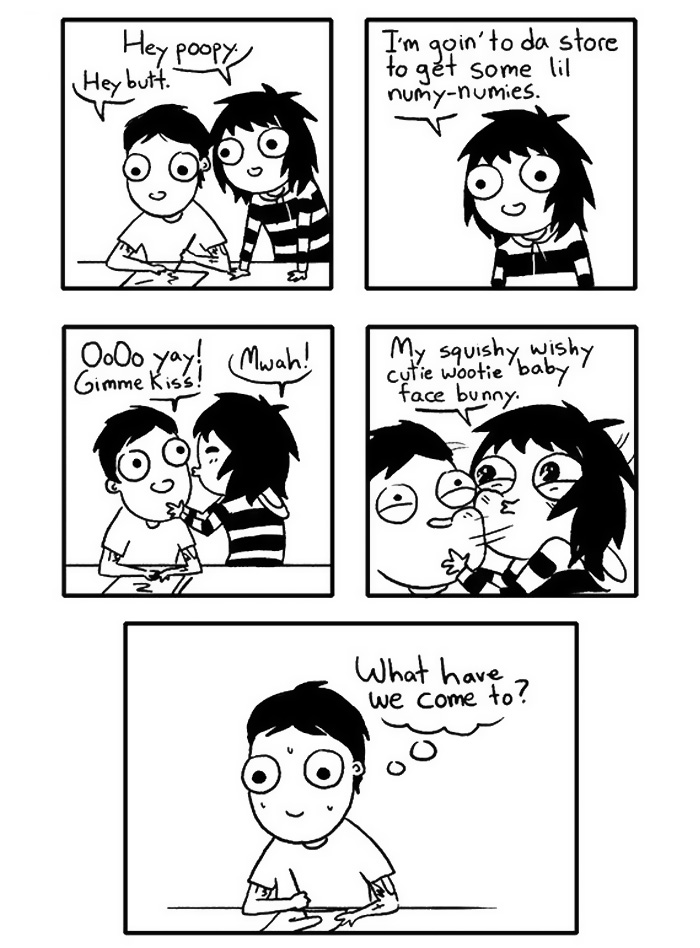 At the beginning of a relationship it’s hard to discuss the things that are more personal, but around the one-year mark your inhibitions have a tendency to just straight up vanish.

Movies and magazines will have you feeling like need to have some kind of highly seductive alter ego to keep a relationship going, but you’ll eventually learn this is totally unnecessary. Your seduction tactics might devolve from complex, cosmo-mag inspired moves to a simpler, blunter methods. 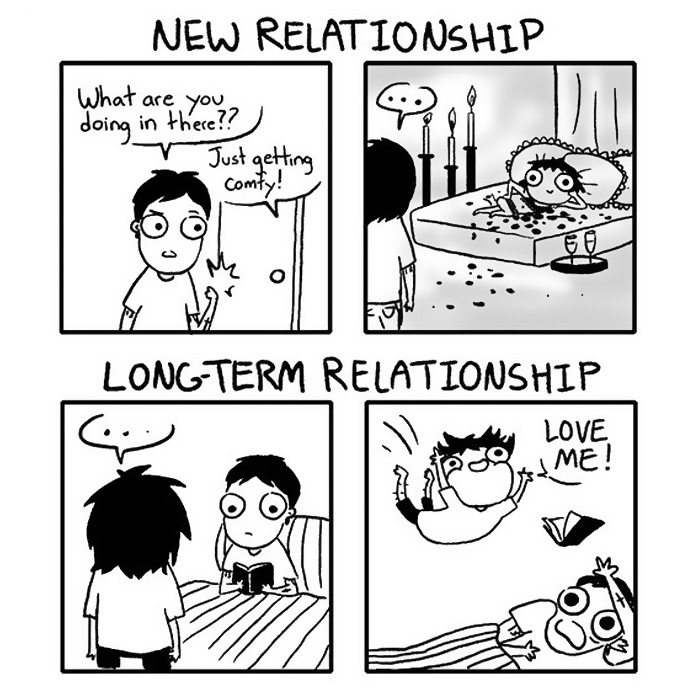 Infatuation dies out, but if you’re in the right relationship, love shouldn’t change. If you’re with someone who’s seen the nastiest, pukiest, slimiest version of yourself and they still love you and treat you right, you’ve found something special. 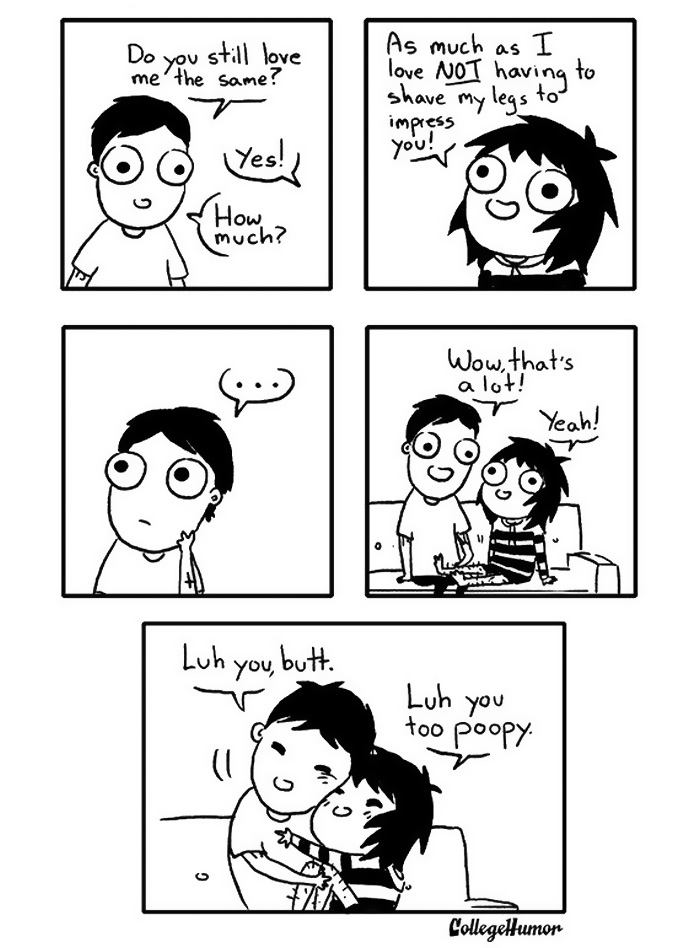