India Vs Pakistan are one of the most intense sports rivalry of the world They are no less than Red Soc Vs. Yankees. Neither of the teams can afford to lose. There fans turn soldiers and stadium into battlefield.  Pressure, excitement, adrenaline rush, everything reaches to it’s maxima. The stage could not have been any bigger. The biggest arch-rivals India and Pakistan met in the final of  first ever T-20 final. The game proceeded to the nail biting last over. MS Dhoni called Joginder Sharma  for the last over. Misbah-Ul_Haq tried to scoop to which Sreesanth took the catch. Joginder Sharma became a over-night hero and India won the inaugural T20 World Cup. 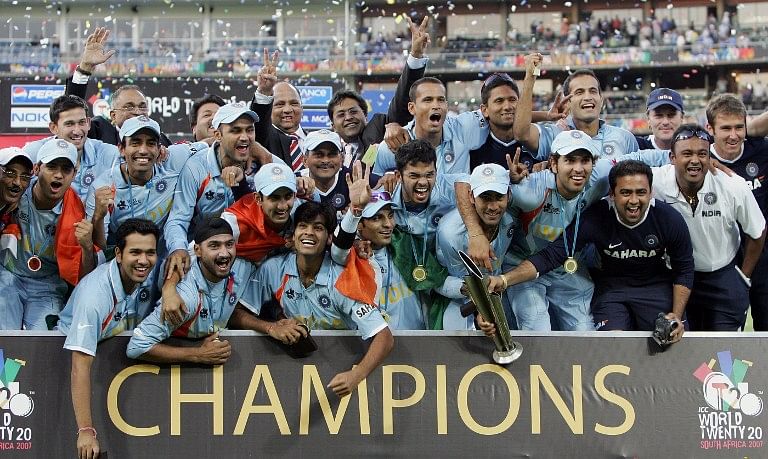 It was a nice track for a great game of cricket in the World Cup. Pakistan put a total of 273 for 7 with the help of  Saeed Anwar’s  brilliant century. The classic duo Sachin Tendulkar and Virender Sehwag gave India a impressive start and Pakistan was unable to recovered from it. Tendulkar’s brutal assault (98 off 75 balls) was a thing of beauty, which helped India win by 6 wickets.

If it’s the India Vs. Pakistan match, then it’s as important as the final. It was a must win game for both the teams.PMs, diplomats, and Celebrities of both countries were in attendance, this match was not a battle. it was a war! Tendulkar slammed a brilliant knock of 85 runs and helped India put a total of 260 runs to which Pakistan scored only 231 runs.  India won the match by 29 runs.

This Ind0-Pak encounter swung to-and-fro like a pendulum. Batting first Pakistan managed to score 267 runs. It was a nail biting match as the match went to the last over. Harbhajan Singh slammed a massive six and managed to pull victory out of Pakistan’s mouth. Interesting part was that things were heating up between Harbhajan and Sohaib. And before hitting that six Bhajji told Sohaib the direction in which he was about to hit him! 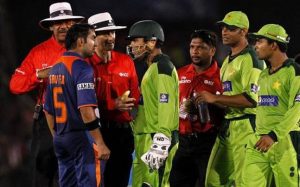 Well if you are a 90’s kid you must see this game of cricket between India and Pakistan. Pakistan brought India down from the cloud nine.
Imran Khan breathed fire, bowling India out for a paltry total of 125. He finished with 6 for 14. Astonishing isn’t it? It was a devastating spell. India managed to put a total of  125 runs only.
Bowling second, India was surprising able to stop Pakistan on just 87 runs. Sunil Gavaskar picked up 4 catches in slip in that match and Kapil Dev finished with 3 for 17.

How to know when you’re ready for Sports Betting

Which internet is best for Gaming?