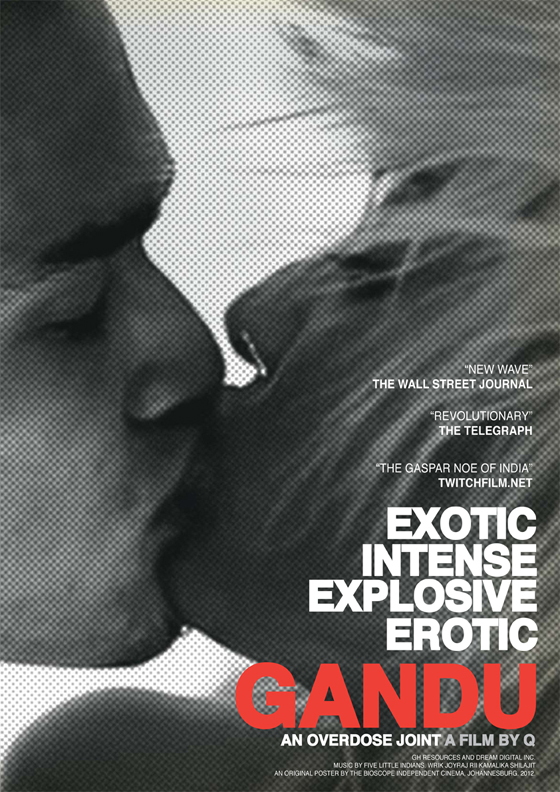 Back in January, we gave you a list of 12 films which had real sex scenes by the actors, and not simulated scenes we usually watch in mainstream cinema. But in an otherwise extensive list, it’s rather shocking to see barely any Indian movie make the cut (forget Bollywood). That’s why after a little bit of research, I’ve found 5 films that either have real sex or frontal nudity, basically trying their level best to push the envelope in Indian cinema.

The description of this Shiney Ahuja film goes like this –

In a small coastal village of Kerala in Southern India, an ambitious priest, who has a promising future in the ecclesiastical order, finds himself in a state of acute dilemma because of his accidental affair with a young woman. Despite his earnest effort on penance he slides deeper in to abyss of the amoral communion.

Sins had frontal nudity which lead to the Catholic Secular Forum file a public interest litigation to stall its release but the court cleared the film.

Gandu is a Bengali movie directed by Qaushiq Mukherjee. The film has caused some controversy because of language and scenes of nudity and sex. Audiences have left during sex scenes, especially when the main star Anubrata Basu shows his erect penis in a love scene.

Chatrak is about Rahul (Sudeep Mukherjee), a Bengali architect working at construction sites in Dubai. He returns to Kolkata after an absence of several years. His girlfriend, Paoli (Paoli Dam), has been waiting for his return. Rahul’s seemingly successful life is overshadowed by the search for his brother (Sumeet Thakur), who is said to be mad and living in the forest, where he sleeps in the trees and subsists on vegetation. A scene of the film with explicit frontal nudity and cunnilingus, featuring Paoli Dam and Anubrata Basu, was leaked on the Internet in 2011, causing uproar in India, especially in Kolkata.

Deepa Sahi stunned India with frontal nudity in this very bad Indian adaptation of Gustave Flaubert‘s novel Madame Bovary. Shah Rukh Khan is there too, no wonder he stopped getting intimate on-screen later.

Cosmic Sex is a 2014 art-house Independent Bengali Film written and directed by Amitabh Chakraborty and produced by Putul Mahmood. The film is the story of a young man Kripa who is on the run from sex and violence one night in Kolkata when he meets a woman Sadhavi who strangely resembles his dead mother. She gives him shelter and teaches him to travel inwards through sex. The sex is supposed to be unsimulated in the film.