Today we are celebrating teacher’s day and I think a good teacher can cultivate more doers, which has a greater impact than any single achiever. Sadly, the profession of teaching at the grass-roots is not the most attractive options for some of our brightest minds.

Here’s a list of inspirational teachers across India who are investing their sweat and blood in the future of the those who can’t even afford a decent education. Having a deep interest in Mathematics, Anand started the Super 30 program in 2000 where he helped students prepare for IIT Joint Entrance Examinations. As of 2015, 391 of 450 students have successfully qualified for the premier institute. He became a subject of an hour-long documentary on Discovery channel in 2009. His life and journey will soon be seen on the silver screen. The man even teaches languages, mathematics for free to students who cannot afford to go to school. He has been lauded for his initiatives by former UP CM Akhilesh Yadav. Aditya Kumar took it upon himself to cycle all the way from Lucknow to Ranchi to spread awareness about the need for education amongst the lowest factions of society. Rajesh Kumar Sharma teaches nearly 200 children under the metro rail flyover near the Yamuna Bank station in Delhi. It was started by the man in 2007 with just two children, and in spite of not following a fixed syllabus, the initiative has grown into a school. Based out of Mallapuram, Abdul Malik swims through a muddy river with his clothes, shoes and tiffin in his left hand to reach his students on time at 9am. When asked why he does this, he said it otherwise takes 3 hours to cover a 12-km stretch by bus. The swim ensures he can cover the same distance in 15 mins.

Coined the ‘youngest headmaster in the world’ by BBC at the age of 16 for running a school in Murshidabad, W.B, the young man started teaching while he himself was still in school. Starting with a few children, the school has grown to 800 children and a total of 10 teachers which continues to remain outdoors. Babar, 24 today, has been bestowed with many honours for his good work. He developed an idea of turning trash into simple toys and experiments to make learning a joyous experience. He wrote a book about his initiative and even delivered a TED talk about it. Not satisfied with the quality of teachers and education being imparted in schools, the lady started ExamFear in 2011 while working in the corporate sector at Wipro. Posting videos about major concepts in PCM and Biology for students between 9th and 12th, Roshni has more than 75000 subscribers and 3800 videos on her channel. 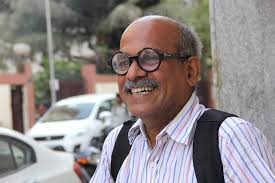 This man goes around begging in Mumbai’s famous local trains to fund his English-medium schools for the underprivileged in rural Maharashtra and Rajasthan. He’s been a part of feature stories, so he carries laminated versions of the newspaper clippings – a way to vouch for the authenticity of his charity Shloka. 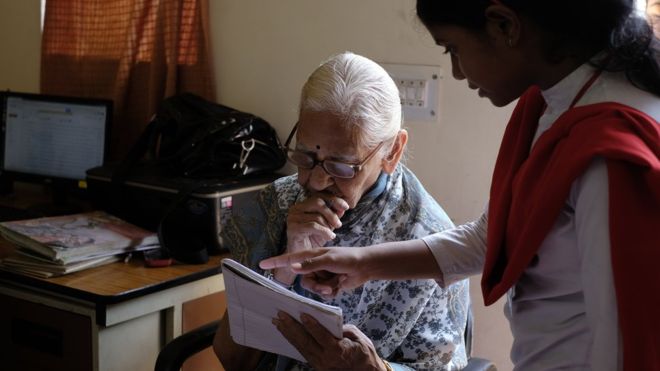 Having retired from the profession of teaching nearly 20 years ago, Vimla reneged on it almost immediately when she began teaching the underprivileged students after that. Unhappy with the quality of education being imparted at Government schools, she started her own little ‘school’ in a 4-room apartment which was called Guldasta. Her husband joined her in her efforts till his demise in 2009, Vimla continues the good work for both of them. The rightful holder of the title of being one of the ‘youngest headmistress’ around the world, Bharti Kumari began overseeing the village school in Kusumbhara at the age of 12. Having been abandoned at the time of birth, Bharti teaches English, Hindi and Maths to children under a mango tree apart from attending school herself.

In an unknown part of West Bengal called Sutia as political rapes and murders were common – one man stood up to the system. Barun Biswas, who resembles a character from a Bollywood film, knew the only way out of this chaos was the education for the poor farmer’s children. He educated them and raised his voice to the goons, which got him killed in 2012. However, Biswas’s amazing story brought the injustice to light in front of all big publications and channels. 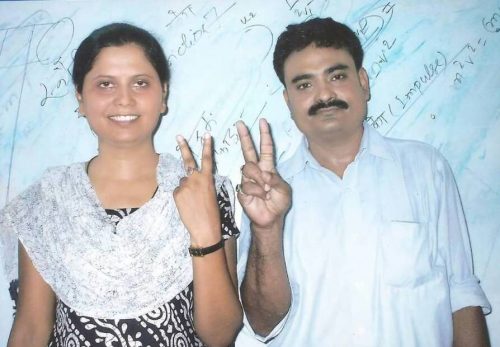 In a time when teachers are charging lakhs of rupees to teach in profitable coaching centres, ‘Guru Rahman’ in Patna coaches’ students for IAS, IRS and IPS exams for an amount of Rs 11. There are so many needy students who are unable to make a life out of their primary education, as he acts as their guiding light as he helps them chart their way towards a more comfortable lifestyle.

A few Quotes By Swami Vivekananda You Could Live By

11 Best Quotes By Jackie Chan’s which Spoke Louder Than His Actions!

7 Indian Successful Entrepreneurs Are Inspiration For All

9 Football Motivational Quotes That Will Motivate You

8 powerfull Slogans For Independence Day That Will Give You Goosebumps