Did you know that Rwanda has the most women in parliament in the world? Or that no country has as many pizza eaters as Norway? David McCandless from InformationIsBeautiful.net has put together a map that reveals what countries are best at and it will definitely raise a lot of eyebrows.
The data has been collected from the World Bank, United Nations, and other sources. It was then divided into 9 categories (commodity, psychology, ecology, gastronomy, economy, nicety, humanity, technology, and nasty) and assigned to each individual state (excluding the very small ones). It’s also worth mentioning that the values are either “mostly per capita” or “% of the population”. So which No.1 shocked you the most? 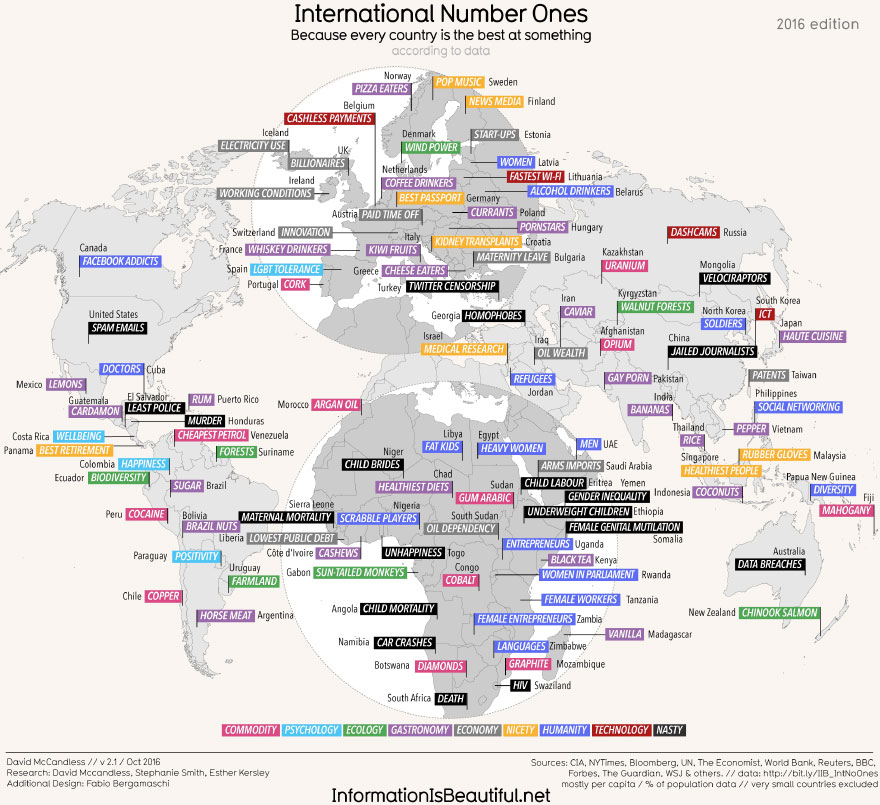 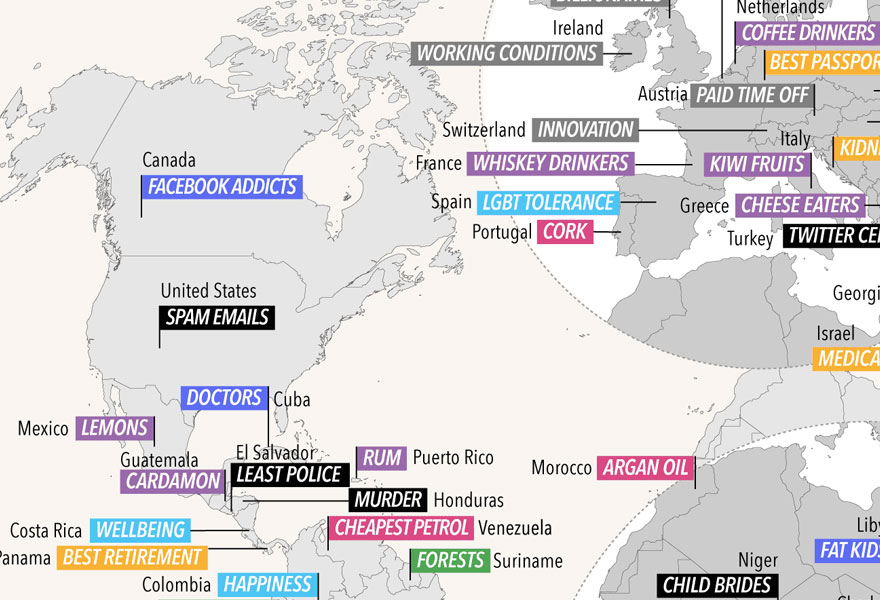 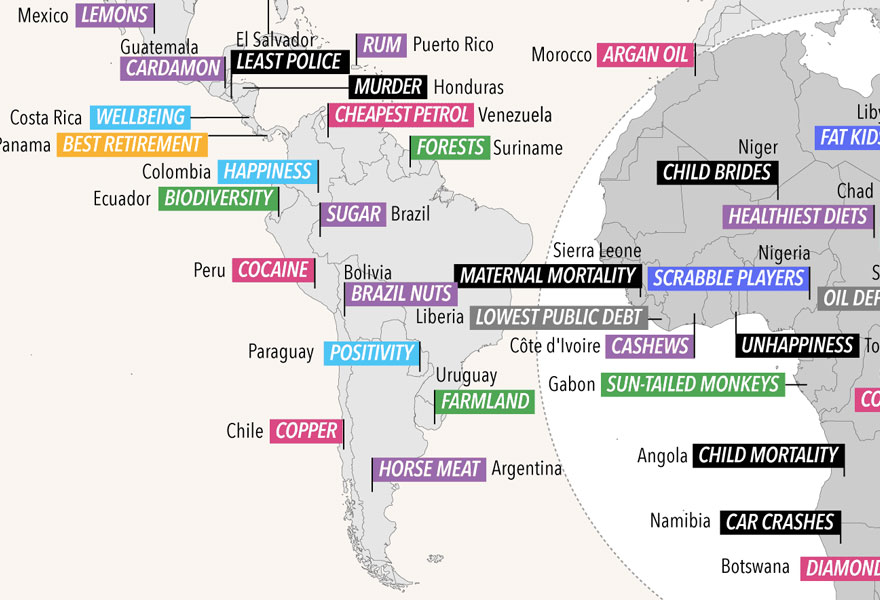 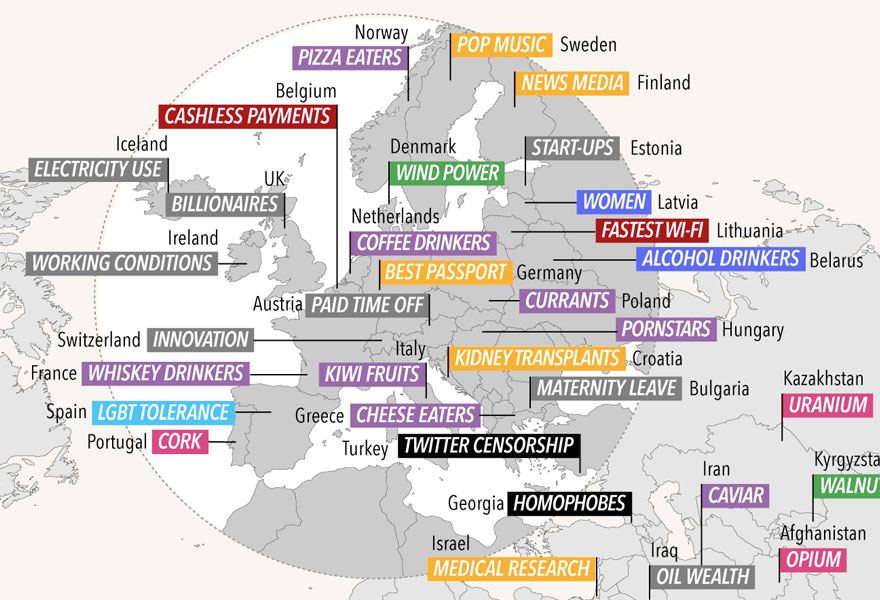 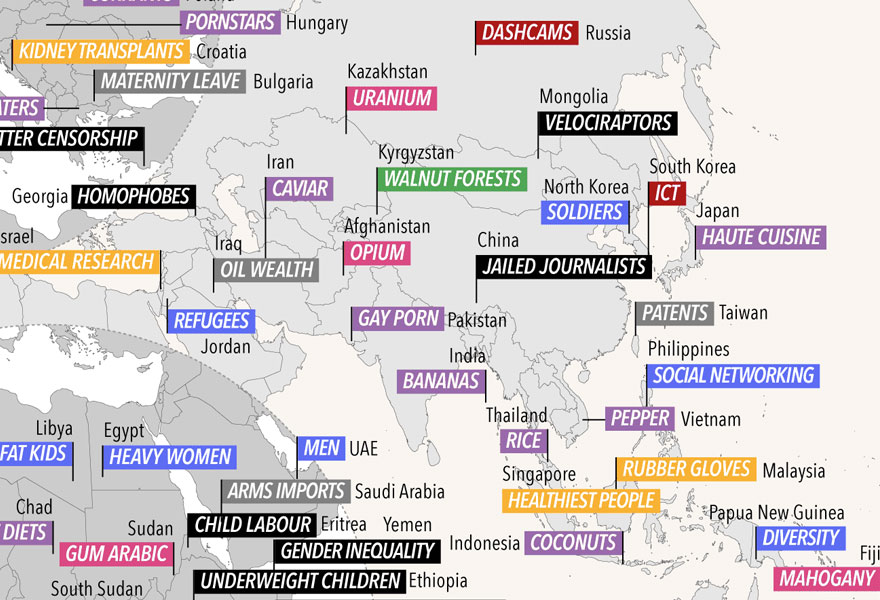 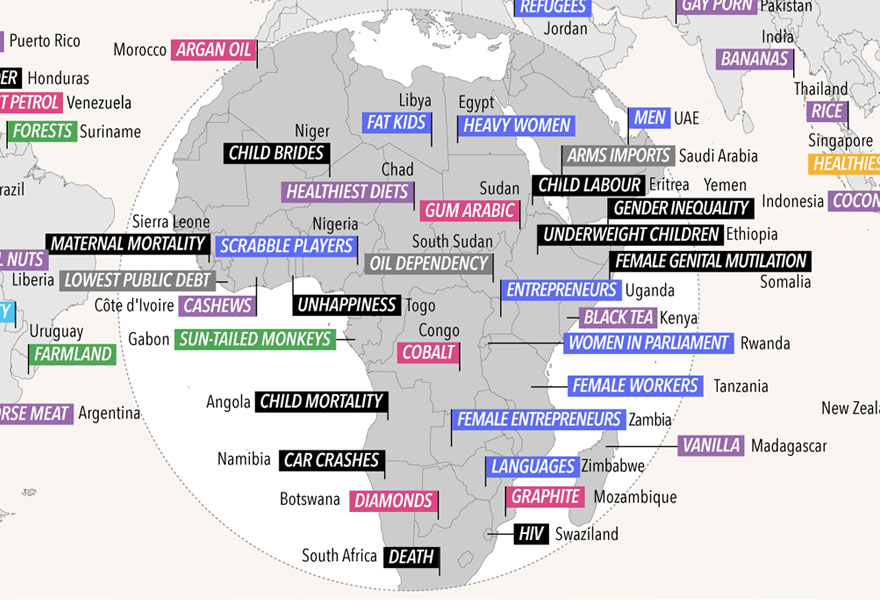