I read somewhere once that the spark of love is lit simultaneously for both individuals in a relationship. This is something I agree with. Anything that happens which isn’t synchronised cannot legitimately be called love. 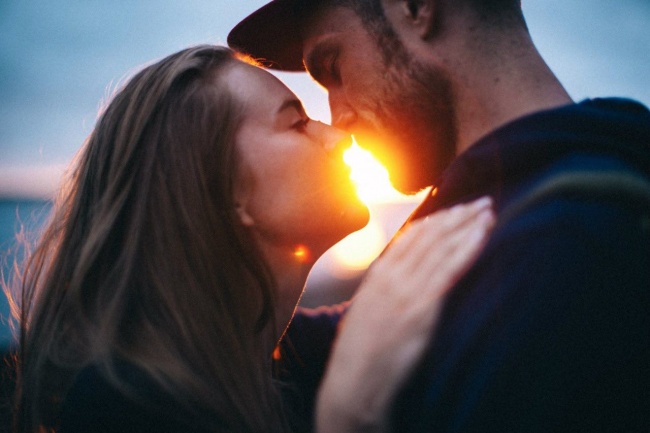 You might object, saying that you know plenty of couples in which one partner had stronger feelings than the other, and it took a few years before they really became head over heels in love with each other. Allow yourself to believe for a moment that this wasn’t real love. In such cases, I would argue, at least one if not both sides of the relationship were founded less on love than on a subconscious desire for comfort, stability, the chance of a more secure future, and especially a desire simply not to be alone, rather than actual love.
That real, authentic feeling of being in love appears straight away when two people meet. It’s entirely possible that these two people won’t have the patience or endurance to nurture their relations into open declarations and acceptance of their love for each other, but there’s still a real chance — more so than there is for plenty of other relationships. Real love is born in the form of a sudden, unexpected but entirely natural and only semi-conscious connection, like to magnets quietly clicking together. Both sides are immediately interested; both sides understand that something in their life has changed.

If you go on a first date and the only result a week later is that your waiting for a reply to that text you sent, or that phone call the other side promised — and then it comes, and you spend the next month dancing around your feelings — then don’t fool yourself that it was anything more than a trifling matter. There is nothing between you. Try forcing a relationship out of this, and no one will be happy. Be honest with yourself: this person is nothing special for you and you don’t need them.

When there’s real chemistry, when there’s that real magnetic connection, both sides immediately try not to do any damage to the other’s feelings, even if things haven’t got serious yet. He or she won’t disappear suddenly when they promised not to, because they don’t want to hurt you. They won’t fail to reply to your message, because they’re already thinking about how you would react if they suddenly fall silent. They won’t go on any other dates with anyone else because you’re already the only one they can think about. You will be in their thoughts day and night, and you’ll feel it even if they haven’t told you this is the case. And you won’t fret over the idea that there’s no real connection between you, because this will be made obvious every day through the language of feelings and emotions. This new person in your life will always be honest — perhaps terrifyingly honest — with you from the first moment, and you’ll have the urge to behave in the same way.

It seems to me, though, that many of us are still waiting for this kind of intensity, and instead have more often than not gone down the path of ’any relationship will do’ (even if it’s the one where you sit waiting for a reply to your message for days, or even weeks), precisely because we can’t summon the patience to wait for that one special person. Perhaps it’s just a question of age. When you’re young, you still trying to understand yourself and therefore you don’t necessarily know precisely whom it is that you need to find. But with age comes an awareness that patience, a sense of internal freedom, and an innate happiness and self-confidence that no failed relationship can spoil are now on your side, and it’s just a matter of time. And when it comes, it’s going to be wonderful.

But what about those who couldn’t wait, who didn’t have patience even as they got older, and are still alone by the time they’re 40, 50, even 60, you ask? And my answer is this: we’re all of different mindsets, and we can all make choices and mistakes that cost us a great deal in the long run, or at least shape things for years to come. One person might just accept that ’any old relationship’ is the best they’re going to get, and therefore knowingly or unknowingly closes off all other paths that were open to them at various points. Another person might think to themselves that being on their own isn’t so bad, and even manages to build a genuinely contented life for themselves alone. Then there are those who end up thinking that ’all men/women are the same’, and lose the ability to see each individual for who they really are — and what they could have had with them. All of these people, whether it’s for good or for bad, will be alone — there’s nothing you can do to stop it. But the point is, it doesn’t have to be you. Nothing about this is inevitable.

There are other people, of course — and there thankfully many, many of them out there — who love life whatever age they are, whatever their situation, who value every second and every feeling and sensation. They love the world, they love those around them, and nothing can dent their hope that out of seven billion human beings on this Earth, one of them is the person they’ve always dreamed of being beside forever. They all do their own thing in life while they wait, but they’re all confident whether it’s through work, travel, the internet, friends, or any other way of making connections, they’re going to find them.

The most important thing is to have faith — always and forever; if necessary hope against hope — that that special person is out there, and they deserve you.