Beauty knows no nationality, and “The Ethnic Origins of Beauty” proves it. It’s a non-profit, artistic, documentary and research project dedicated to documenting the ethnic diversity of the human race by collecting images of different nationalities.
“To reach the hearts of the wider international and multicultural public, the language of beauty has been chosen,” reads the project’s website. “The objective of this project is to show the real scale of ethnocultural diversity in a full, systematic and creative way; to illustrate each and every distinctive ethnicity, however small it is, and whatever its official status.”

The author behind the project is Natalia Ivanova, a Russian photographer and photojournalist. So far she’s managed to gathered almost 100 photo and video portraits representing over 50 ethnic groups from 15 different countries across 4 continents, which is pretty impressive considering that the project only began in 2012. It was first officially presented at an exhibition devoted to International Women’s Day in March 2014 at its Parisian headquarters, and the project has also received the acknowledgment of UNESCO. 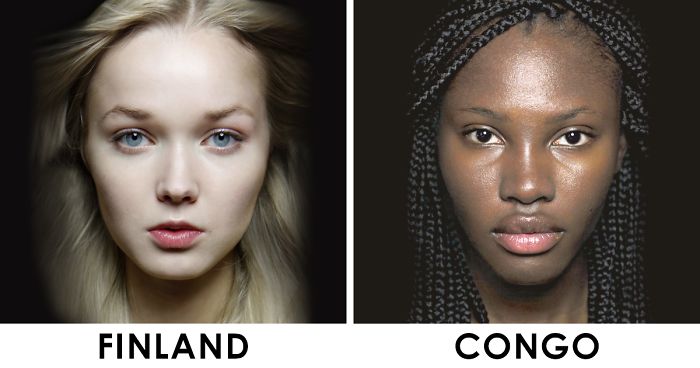