Trolleybuses have become a rare sight in most contemporary cities, but Vilnius, the capital of Lithuania, still has a running fleet that adds a lot of character to the cityscape. Inspired by the slow electrical buzz and white and red aesthetics, for a 4th edition Vilnius Street Art festival curatorial team in collaboration with Studio Vieta have invited an artist Liudas Parulskis to create an artwork for trolleybuses.

Liudas Parulskis digests the city. Mostly his hometown – Vilnius, the crossroads of different cultures and religions. Wilno, the cradle of Adam Mickewicz’s poems and Vilna, the Jerusalem of Lithuania still speaks many languages and reveals stories inscribed in architectural cityscape. From the old days, Vilnius is a source of inspiration and the object of work for many painters and photographers.

The current view of the town is built of dozens of cultural layers and subjective visions left in the memory. Liudas Parulskis artwork breaks the normality, it shocks and surprises his audience by offering an unexpected point of view to the reality. “Vanishing Trolleybus” has a picture of the perspective of the street printed on both of its sides and once a day while crossing Tumo Vaizganto street and Gediminas Avenue intersection it “disappears” by camouflaging itself into the landscape. Liudas Parulskis has also added a wolf crossing the road. A wolf is a spiritual animal of Vilnius since its founding days more than a thousand years ago. The audience is invited to observe and catch the trolleybus at its vanishing point and capture the moment.

This ‘vanishing’ trolleybus shows a wolf, which is a spiritual animal of Vilnius, crossing the street 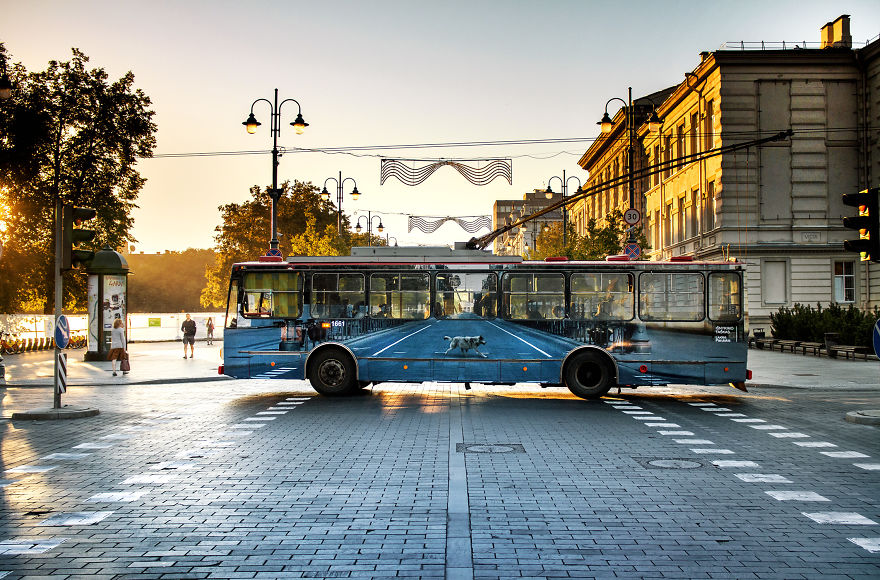 This is a place where all the magic started 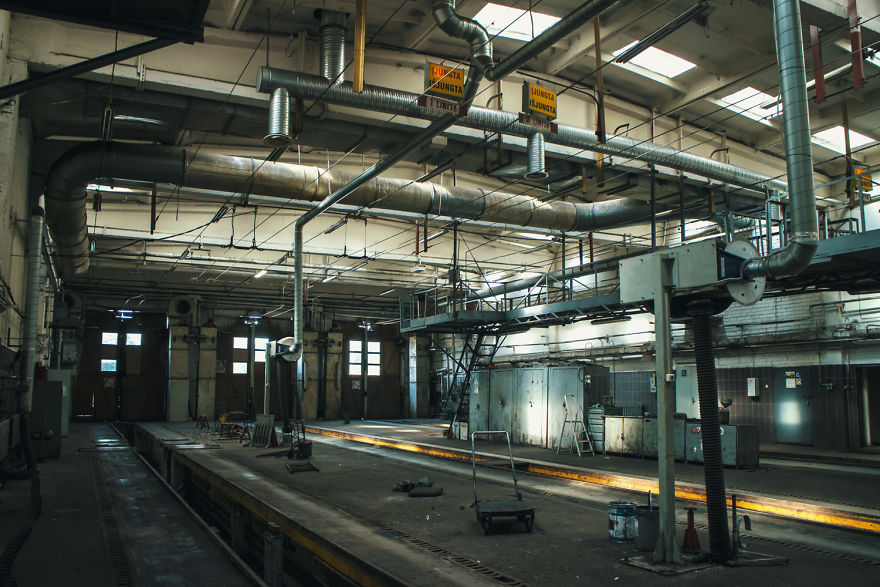 The trolleybus got lifted to prepare it for the transformation 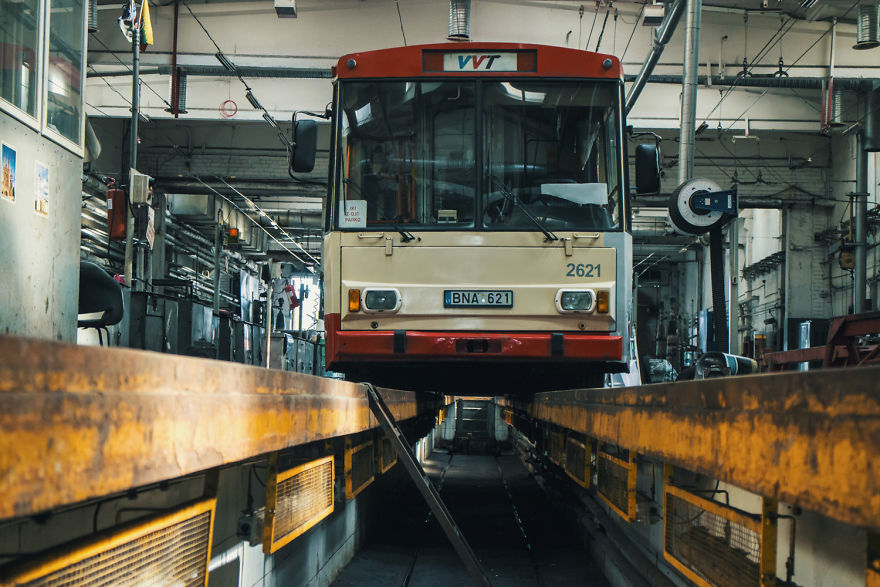 And then the wrapping began 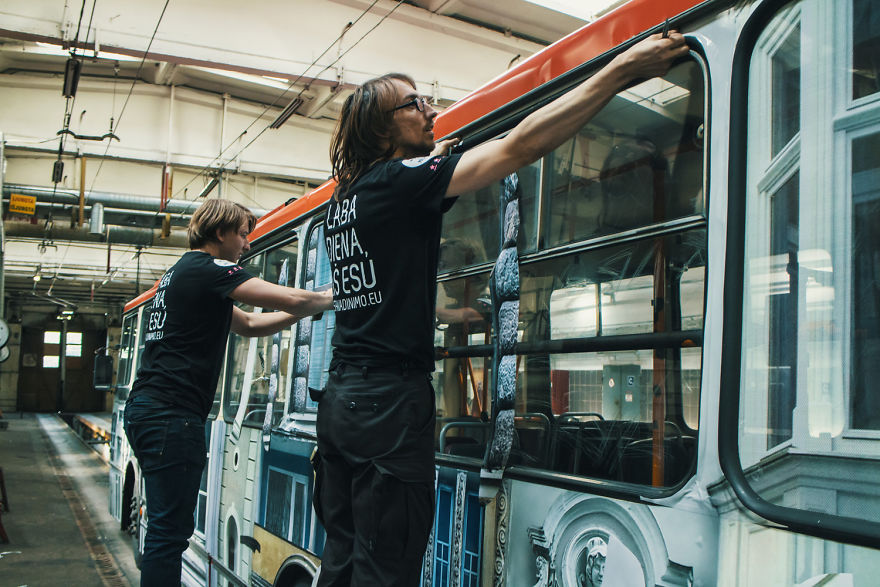 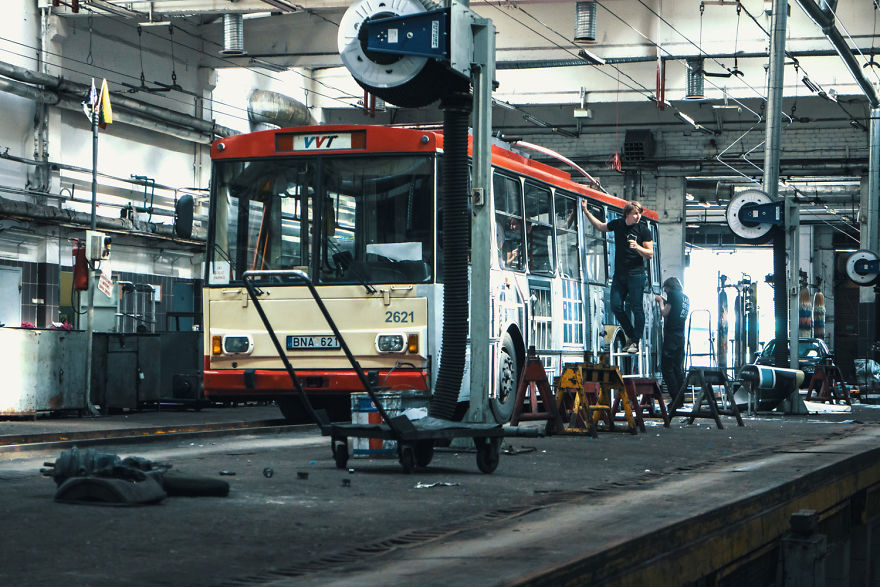