Islamophobia: (noun) the dislike of or prejudice against Islam or Muslims, especially as a political force.

It is a sad reality but Islamophobia has become a real term in today’s times. With ISIS bombing Syria and in the aftermath of the recent terrorist attacks in France and Bangladesh among other places, many people have grown skeptical of Muslims.
And due to this sweeping generalisation, there are many who see Muslims and terrorism in the same light.

Muslim haters question the very existence of the entire Muslim community. Just like Donald Trump, who propagates hatred by saying that all Muslims should be banned from entering the United States.
Recently, someone posted this meme on Tumblr, expecting hateful comments to pour in. But the internet was quick to slam his tasteless attempt at humour in the most graceful manner. 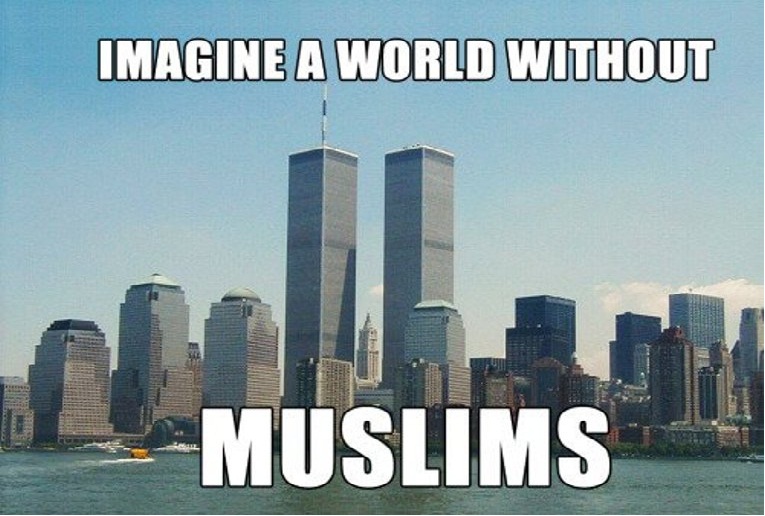 The way people responded to this post is a slap on the face of everyone who fails to realize that it’s not the religion, but the atrocities and violence that should be condemned.
To highlight just how wrong the meme was, Tumblr users listed out all the contributions that the Muslim community has made to the world:
Chess
Cameras (first optic camera, Ibn al-Haytham)
Experimental Physics
Soap
Perfume/spirits
Irrigation
Coffee
Crystal glasses
Numbering system (of Hindu derivation)
Algebra/Trigonometry
Modern cryptology
3 course meal
Fountain pen
Cheques
Hospitals
Quilting
Lipstick and eyeliner
Toothbrush
Bathing
Carpets