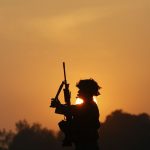 Surgical strikes are defined as military attacks which results in damage only to the intended legitimate military target, with no or minimum damage to the surrounding entities. It is generally carried out swiftly. When Pakistani militants attacked the Indian Army brigade headquarters on 18th September, killing 17 army personnel and wounding at least a thirty, India retaliated within 14 days employing surgical attacks and the whole process took only about 4 hours.

There are many factors that make surgical strikes very effective. The most important feature is that it is directed towards a single target. The degree of damage is thus much less when compared to that of a full blown war. For example the Indian army was able to destroy seven terror launch pads and kill 38 terrorists with the attacks on 29 September, 2016. The Pakistani army casualties were two in number, which is much less than damages that might have been caused in an open firing. Thus without causing much collateral damage India effectively eliminate the real threats. In addition to this, India was also able to check on infiltration on the Indian border by Pakistani militants. Once the target is achieved the defensive draws back to its primary and safe positions, causing minimal damage to the attacking side. This also makes the move more appealing. Also as mentioned earlier, surgical attacks does not mean war, which makes it a better option than a simple armed retaliation.

But there’s a reason why it is not adopted more often.

Surgical attacks, being target specific, have to be highly precise. The operations are highly complex and require coordination and control at various levels. The personnel have to be highly trained to carry out the operations effectively and while at it, they also have to ensure minimum collateral damage. The Indian army could position itself for attack only after it had studies the existing terrain of Pakistan occupied Kashmir well. Given that all the above conditions are favorable, then the success of the attack is guaranteed. The attack on 29 September turned out well for India. It was also based on strong reasons.

The Kashmir valley is highly infested with terrorists. These terrorists are factors that lead to regional and national instability.  Terrorist infiltration in the borders have caused the rise in crime rates within the country. This adds to draining of resources- time man and money- from the nation. The illegal activities carried out by the infiltrators also affect the economy (in the form of black market, printing of fake notes to mention a few). It is imperative that the country acts proactively against this so as to safeguard its integrity. These kinds of surgical attacks are open statements that India is vigilant and any kind of interference on her sovereignty will be harshly met with. Thus such attacks should happen, more so now, due to volatile relationships with her neighbors.

It must be noted that India is not the only country that has carried out surgical attacks. U. S. military had carried out several such attacks again terrorists in Afghanistan. India had deployed this only when it was provoked, when it was losing men on border due to constant ceasefire violations and has made it clear that it will not use surgical attacks again. But when the situation calls it must be seen to it that proper measures are taken to contain all kinds of trouble. Given the unstable situation in border, India should be prepared for anything, even for a surgical strike.