Prince Chaudhary, a 17-year-old boy from a small town in Rajasthan’s Barmer got the All India Rank 5. Chaudhary said he is satisfied with his rank in NEET. 2018 and wants to seek admission in All India Institute of Medical Sciences in New Delhi. He said he studied six hours a day after his classes in school and coaching centre.

Chaudhary, the son of a medical store owner Ramaram and homemaker Kamla Devi in Dhorimana village of the district, scored 686 out of 720 marks in NEET result 2018.

“I was expecting a better AIR in NEET but a wrong answer to a question reduced my score and rank,” the student of Kota’s Allen Career Institute said. 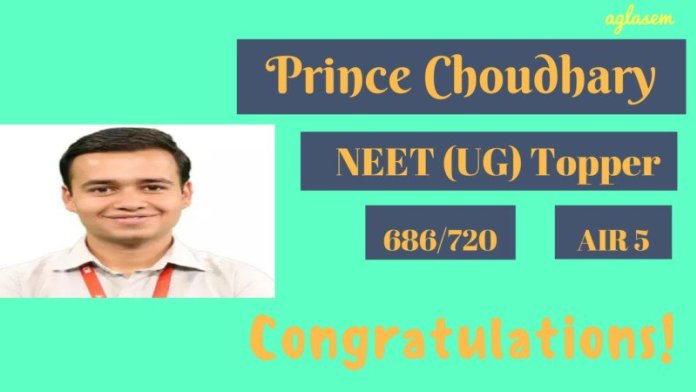 A student of Hindi medium student till Class 10, Chaudhary said he owed his success in NEET result 2018 to his family and teachers.

The Central Board of Secondary Education’s (CBSE’s) data shows that over 13.36 lakh registered for NEET 2018, up from 11.5 lakh last year. There are 60,000 seats in medical and dental institutes across the country.

10 Famous street food Joint from The Capital of India

Sex and the City: Confessions of Ladies Who Booked Couple Agreeable Hotel Rooms

15 Quotes That Catch the Quintessence of Being a Rebel, Solid and Flexible Woman