Home FOOD FOR THOUGHT Mumbai Woman Films A Man Who Shamelessly Showing His Dick AT The... Most women in India would admit to having been flashed or shown lewd and inappropriate gestures by men in public spaces without recourse. But this time around things was different. Recently, a man flashed at a 23-year-old woman and touched her inappropriately inside an ATM kiosk in Mumbai.

The accused has been taken into custody and was charged under sections 354 (assault or criminal force to woman with intent to outrage her modesty) 354 (A) (making sexually coloured remarks, shall be guilty of the offence of sexual harassment) and 509 (word, gesture or act intended to insult the modesty of a woman) of the Indian Penal Code. 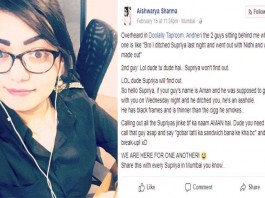