Getting your kids to do their chores is a major chore in itself, but this mom made it look easy. All she had to do was withhold the Wi Fi password until her kids had cleaned the kitchen and voila, job done.

Take a look at this note she wrote to see what we mean. In it she tells her kids that in order to unlock the internet, they first have to text her a photograph of the clean kitchen. But wisely second-guessing her kids’ penchant for underhand tactics, she told them to place a box of crackers on the stove to stop them from recycling an old picture. Genius! The picture was uploaded to Imgur by a user called Aatrox94 (although it’s not his mom, just to clarify) and it’s already been viewed almost 200,000 times. 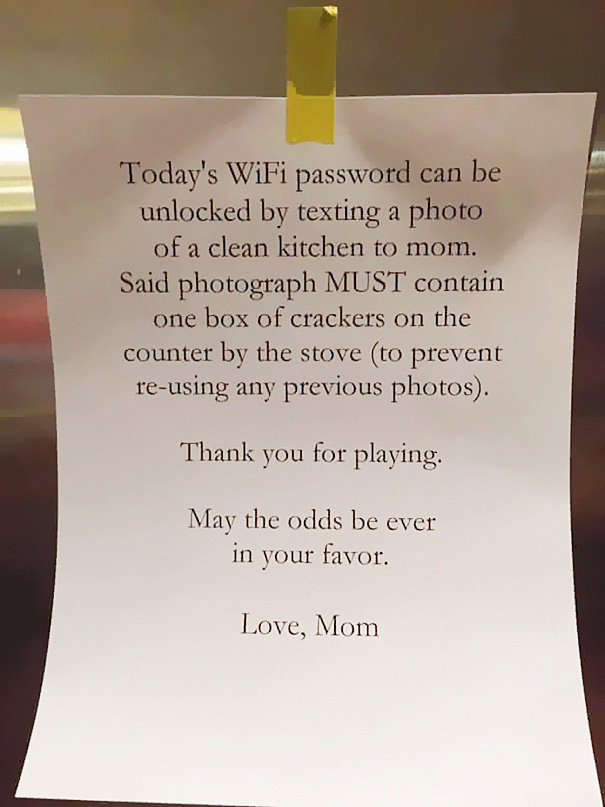 Guess she wouldn’t have to leave notes like these anymore because now she knows what he trump card is! 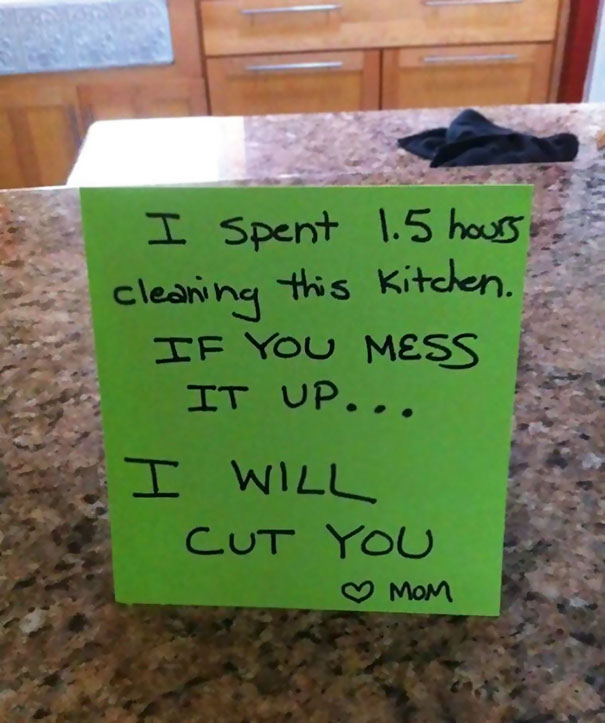 There’s no way those kids are going to get away without doing their chores now!/h2>