If you’ve lived in India long enough, you’ve probably met some homophobes. It doesn’t matter what your sexual orientation is, homophobes show their true colours (often unprovoked) to just about everyone. Bangalore-based comic book writer, Solo, along with Sakshi, made a comic as part of a campaign on Gaysi, a website for and about the desi gay community, aimed at fighting homophobia, biphobia and transphobia. The comic shows the different kinds of homophobes you come across in India, like the over-friendly neighbour, or the ‘helpful’ psychiatrist.

You can see the comics here. 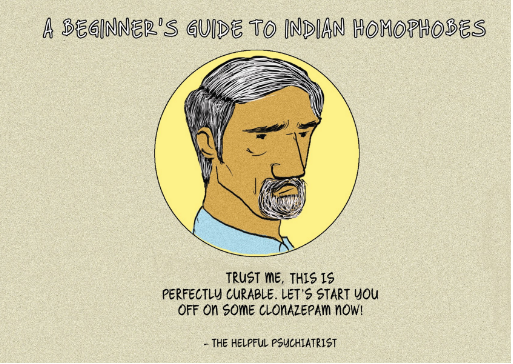 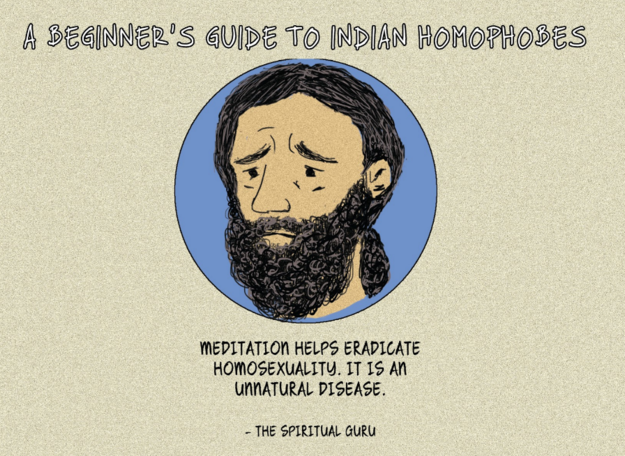 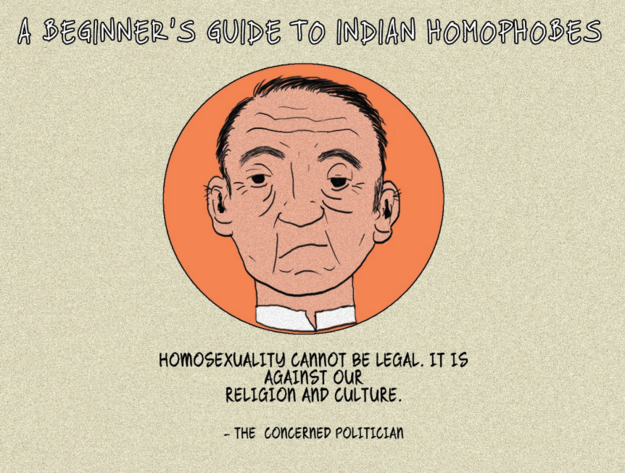 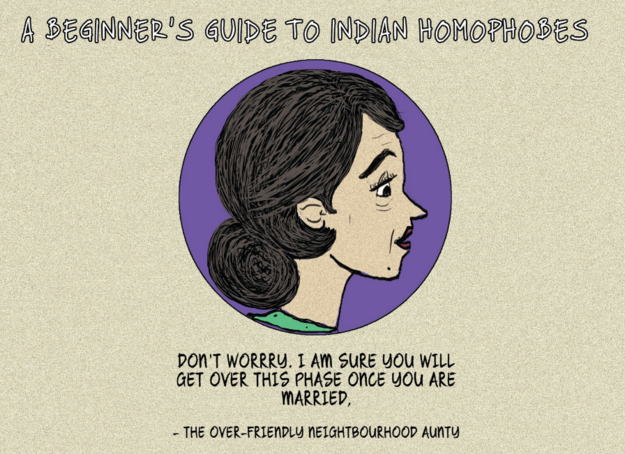 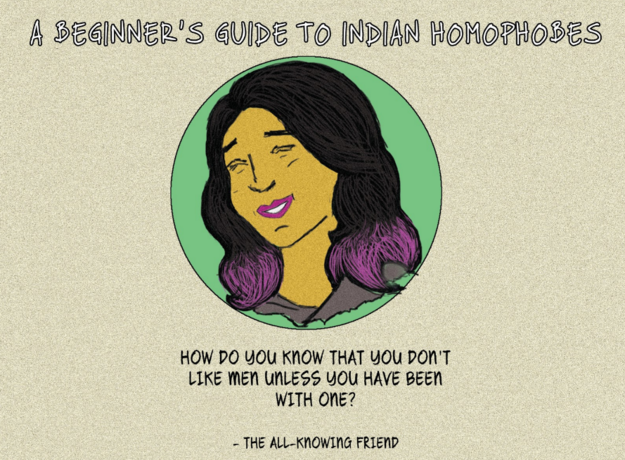 Sakshi told Vagabomb, “I wanted to work on such a series for a while now. Its seed was sown back in 2012, when I performed a piece (along with Gaysi team member Anuja) called Shit Straight People Say To Lesbians at our first open mic night. But, with so many things that we do at Gaysi, considering we are a core team of only four, this idea somehow took a backseat. However, last month, when we were planning our May campaign on creating awareness around homophobia, biphobia and transphobia, I pitched this idea to the core team, and approached Solo to help me visualise it. If this piece ever had to be done, this was the right time.”

Solo added, “Sakshi came up with the idea, and spoke to me about it. I loved it, and you can see what came out of it! I figured that simple lines and identifiable faces would work best for a series like this. Admittedly, I was inspired by some real-life homophobes to create the faces for this post. I feel quite satisfied about it.”

You can see more of these illustrations here.

All images are property of the artists, and have been republished with their permission.