Ten years ago, it would have seemed impossible, but today Robert Downey Jr. is one of the biggest stars in Hollywood.

Funny, sexy and with a troubled past, what exactly makes the Iron Man the man he is?

1. He made the Iron Man a household name

Admit it. If we had asked you ten years ago who the Iron Man was, all of you except the biggest comic fans would have probably assumed we were talking about the children’s book by Ted Hughes.

Now like Spider-Man, Superman and the Incredible Hulk, everyone knows. This is in no small part largely down to Downey Jr.’s charismatic performance.

2. He sort of is Tony Stark 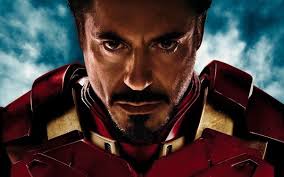 No, he isn’t a billionaire inventor with the talking computer who flies around all day, occasionally rescuing Gwyneth Paltrow. But some have claimed his portrayal of the superhero works so well because Downey Jr. reportedly incorporates many aspects of his own personality into the role.

If you include his cameo at the end of 2008’s The Incredible Hulk, he has now played the character five times.

Let’s not forget that it was Downey Jr., Jude Law and director Guy Ritchie who rebooted Sherlock Holmes for the big screen in 2009, not Benedict Cumberbatch and Martin Freeman.

The big screen Sherlock Holmes arrived in 2009, a full year before the BBC version. A sequel subtitled A Game Of Shadows appeared in 2011 and a third film is reportedly on its way.

Downey Jr. still in his twenties, received an Oscar nomination, having learned to play the violin and play tennis left-handed for the role. He was nominated again much later for comedy Tropic Thunder. Remember the flashback sequence in Iron Man 3 in which a pre-Iron Man Tony Stark parties his way into the Millennium? For Downey Jr, this was actually a desperately difficult period involving serious drug and substance abuse problems.

He was arrested and jailed repeatedly between 1996 and 2001 but has happily made a full recovery. In light of this, his current huge success is all the more remarkable.

6. He did TV before it was fashionable These days, many film actors have returned to the small screen. But in 2000, when Robert Downey Jr., joined the cast of Ally McBeal as the main character’s boyfriend, this was still quite rare.

Downey Jr.’s casting briefly revived both his career and the flagging ratings of the show. But his recurring drug problems saw him being suspended at the end of season four. The show itself ended soon after.

Hats are in the fashion industry for a couple of decades and they haven’t become traditional or boring. Even though hats need to be...

Ethereum vs. Bitcoin: What’s the Difference?