On 18 August Roka ceremony of Priyanka Chopra and Nick Jonas has happened internet has been stormed with pictures from the ceremony. The couple has put all the speculations to an end after their official engagement. Both Priyanka and Nick were dressed in traditional Indian attires for a puja ceremony

While several wishes poured in across social media platforms there were many who took the chance to convert engagement pictures into hilarious memes. 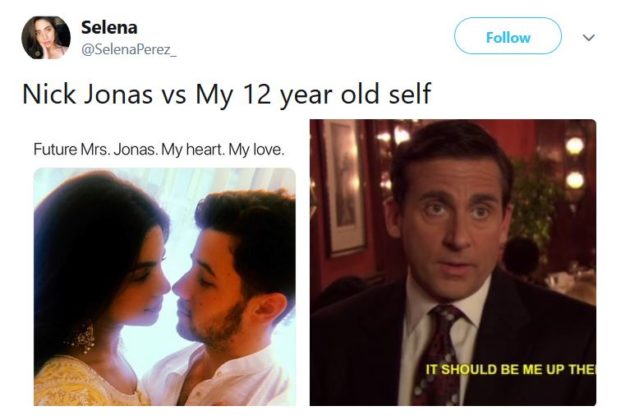