Enid Blyton books were favorite childhood fun-time. She has written many children’s books. It was not only fun, reading those anecdotes but they also gave us many lessons, which were hidden in those adventure stories. We were too young to understand those things at that time so I guess we must read them again to grasp wisdom.

Here are few lines from her writings which will motivate you to re-read them:

#1. “Make up your mind about things, by all means-but if something happens to show that you are wrong, then it is feeble not to change your mind. Only the strongest people have the pluck to change their minds, and say so, if they see they have been wrong in their ideas.” #3. “Always be honest with yourself, know your own motives for what they are, good or bad, make your own decision firmly and justly and will be a fine, strong character, of some real use in this muddled world of ours!” #4. “When you’re paid to do a job, it’s better to give a few minutes more to it, than a few minutes less. That’s one of the differences between doing a job honestly and doing it dishonestly!” #6. “A clown needn’t be the same out of the ring as he has to be when he’s in it. If you look at photographs of clowns when they’re just being ordinary men, they’ve got quite sad faces.” #8. “You’re trying to escape form your difficulties, and there never is any escape from difficulties, never. They have to be faced and fought.” #9. “Leave something for someone but don’t leave someone for something.” #10. “Remorse is a terrible thing to bear, one of the worst of all punishments in this life. To wish undone something you have done, to wish you could look back on kindness to someone you love, instead of on unkindness that is a very terrible thing.” #11. “The best way to treat obstacles is to use them as stepping – stones. Laugh at them, tread on them, and let them lead you to something better.” 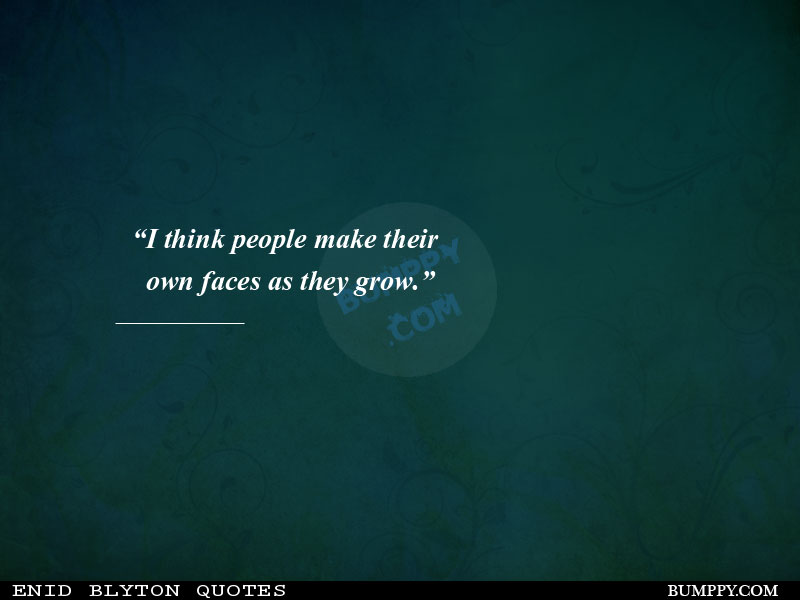 #13. “If you can’t look after something in your care, you have no right to keep it.” 10 Sexual Lines from Novels and Poems That Beautifully Celebrate Desire, Pain, and Passion